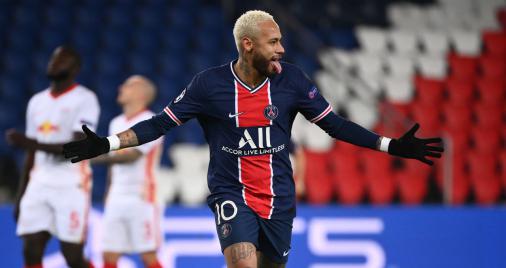 Abhishek Pratap July 2, 2022 Sports Comments Off on Neymar is again targeted by Chelsea after refusing the English club’s proposal in 2010; remember the situation 6 Views

Neymar could be leaving Paris Saint-Germain this transfer window. Chelsea appears as a possible destination. This, however, is not the first time that the Blues seek a negotiation with the Brazilian star. The English club made a proposal for the player in 2010, when he was still at Santos.

+ With an eye on the World Cup, Daniel Alves becomes the target of dispute between Mexican clubs

At the time, Santos released a note stating that it had turned down Chelsea’s offer for Neymar. The values ​​were not officially disclosed, but the European press pointed out that the Blues offered 20 million euros (R$ 46 million, at the time price) for the purchase of the Brazilian.

+ We remember 10 controversial facts about Neymar’s time at PSG

The proposal was made in July 2010. At the time, Neymar was 18 years old and was a highlight of the team in the Paulista Championship and in the Copa do Brasil. The player was touted as one of the biggest revelations in Brazilian football and Santos would only accept a departure from the striker if Chelsea paid the termination penalty, which was 81 million reais.

Now, 12 years later, Neymar is again being probed by Chelsea. Paris Saint-Germain is willing to hear proposals from the player and the Blues is one of the few clubs able to afford a possible arrival of the Brazilian star.

+ Lewandowski may not return to Bayern Munich, says newspaper

Neymar has a contract with Paris Saint-Germain until 2025 and the club activated a clause to extend until 2027. The salary of the Brazilian star is considered an obstacle for great teams in their hiring. However, the new owner of Chelsea, Todd Boehly, wants a strong name for the beginning of his project.

Paris Saint-Germain is undergoing a process of reformulation and sees Mbappé as the protagonist of the project for the next season. Neymar would be dissatisfied with the attitude of the team’s board that does not place the Brazilian as a priority in the squad.