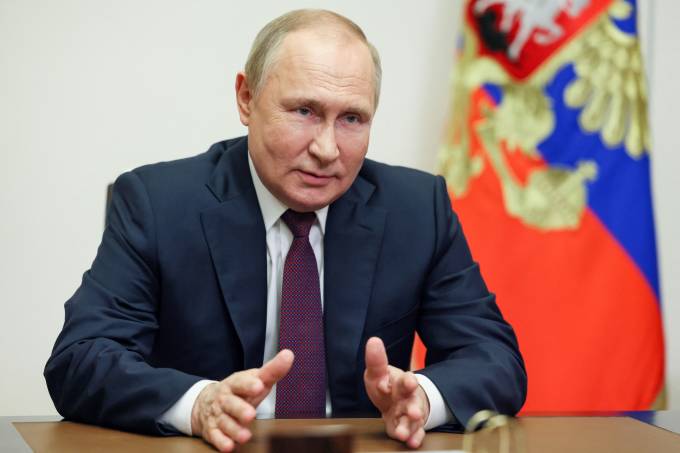 the president of Russia, Vladimir Putinsaid this Friday, 1st, that Western sanctions are leading Russia and Belarus to “accelerate integration” between them in various sectors, to “minimize the damage” caused by the blockades. The countries are strong allies, and Belarus helped Moscow’s army invade Ukraine across the two countries’ border in February.

“Russia and Belarus continue to grow in their cooperation in the political, commercial, economic, cultural and humanitarian spheres,” Putin said in a video message to participants at an annual Russia-Belarus forum.

“The unprecedented pressure of sanctions from the so-called collective West is pushing us to accelerate integration. Together, it is easier to minimize the damage of illegal sanctions, it is easier to set up production of demanded products, develop new skills and expand cooperation with friendly countries.”

+Why the West’s New Sanctions Package Could Strengthen Putin

Putin and his allies have been subject to a series of sanctions since before the start of the war in Ukraine. In May, G7 leaders also imposed cuts on Russia’s three biggest television networks, which received approximately $300 billion in advertising from the West.

+US and G7 impose new sanctions against Russia

Areas of cooperation between Russia and Belarus include technological and industrial innovation, finance and transport, with some projects already underway. According to Putin, others are also on the way in the coming years and aim to create “a level playing field for our countries” and “form a credible framework for a financial market and a transport base.”