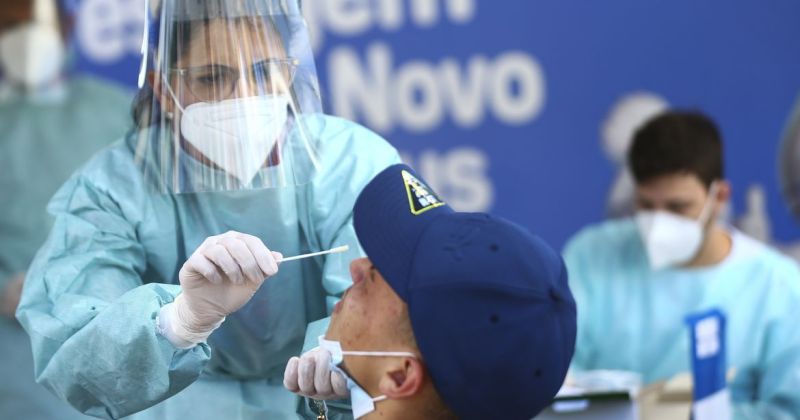 WHO warns: Covid cases rose 18% in the world in the last week – CUT

Abhishek Pratap July 2, 2022 News Comments Off on WHO warns: Covid cases rose 18% in the world in the last week – CUT 5 Views

In the last week, the world recorded 4.1 million new cases of covid-19 – an increase of 18%, warns the World Health Organization (WHO). The largest increases were recorded in 110 countries, mainly those located in the Middle East (47%), followed by Europe and Southeast Asia, both regions with 32%, and around 14% in the Americas.

The director general of the health agency, Tedros Adhanom Ghebreyesus, stressed that the pandemic is changing, driven by the omicron variants BA.4 and BA.5, but it is not over. According to him, the relaxation in the monitoring of the disease and the lack of vaccination for the poorest populations have been responsible for the cases of the disease.

Tedros also said that although about 1.2 billion doses of vaccines have been applied, the average vaccination rate in poor countries is only 13%. Hence the need for countries to immunize their most vulnerable populations, as hundreds of millions of unvaccinated people are at risk of contracting more severe forms of the disease.

The WHO director-general also called on the richest countries to fulfill their pledge to distribute 2.1 billion vaccines to the poorest countries. So far, according to data compiled by Oxfam and People’s Vaccine, less than half have been distributed.

Number of deaths in the world is stable

Despite the number of deaths in the last two weeks averaging 8,500, they have increased in countries in the Middle East, Southeast Asia and the Americas, the WHO said.

Despite the increase in deaths, the lethality rate in relation to the number of new cases, has fallen – it is the lowest for a semester since the beginning of the pandemic, point out the state health secretariats.

The drop in the lethality of Covid, according to experts, is due to vaccination, which began in January 2021. Even so, less of the Brazilian population, about 47%, has already received the 3rd dose of the vaccine (the first booster dose).

Read more: Vaccine saved 20 million lives, but many forget to take the 3rd dose and die

With information from Valor Econômico