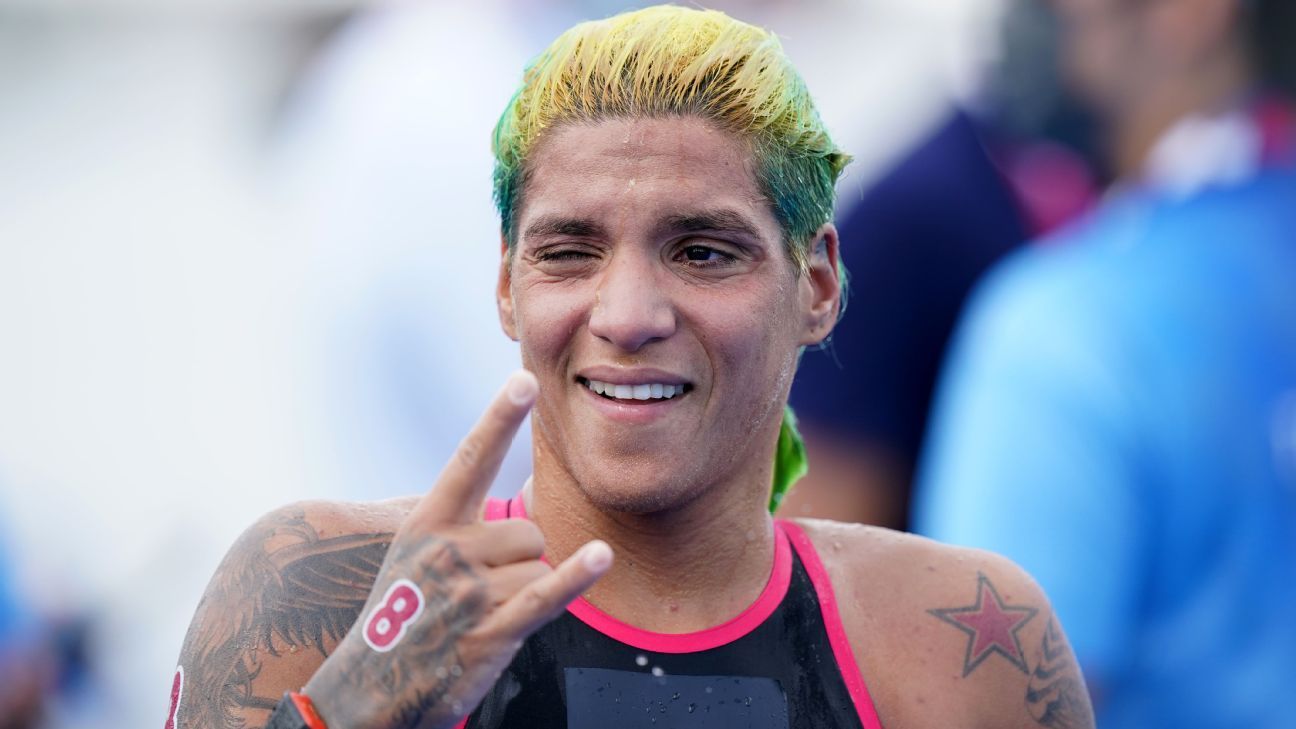 Abhishek Pratap July 3, 2022 Sports Comments Off on Why Ana Marcela Cunha is a watershed for the aquatic marathon on the planet 7 Views

The best athlete water marathon have you seen. The most complete competitor the sport has ever had. Yes, start a text talking about this Ana Marcela Cunha it’s not an exaggeration. Seven times elected the best athlete of the sport on the planet, Olympic champion, owner of 15 medals in world championships and consolidated as a reference in the world, the 30-year-old Brazilian has everything to continue dominating open water competitions on the planet for a few years.

What did you do when you were 14 years old? Ana Marcela Cunha was already part of the Brazilian aquatic marathon team. Young and learning among the greats, the Brazilian was already showing the world what she could do. Disputing his first Olympics at the age of 16, in Beijing-2008, in China, Ana Marcela got a fifth place, which was historic for the time.

Since 2008, Ana Marcela Cunha has been getting closer and closer to the top of the world in the aquatic marathon. With each competition she disputed, in any field, the Brazilian stood out more and placed herself among the best. In the three existing distances in the modality, Ana Marcela has established herself as the great name of the biggest of them, the 25km one, and has five gold medals in the race at world championships.

The best water marathon ever had

Ana Marcela is the best athlete her sport has ever had. And this is a fact. In addition to dominating, in the 25km dispute, the Brazilian is not far behind in the 5km and 10km disputes, in which together she has 10 more podiums in World Cups. Due to the series of conquests in the different competitions and tests, the athlete has already been elected the best aquatic marathon athlete on the planet on seven occasions by FINA (International Swimming Federation).

If the other competitors in the aquatic marathon end up having difficulty maintaining consistency in the three distances that the modality offers, Ana Marcela is regular in all of them. Despite being ‘the swimmer to beat’ in the 25km, the Brazilian is also among the best on the planet in the 5km and 10km.

At the 2022 World Cup, held in Budapest, Hungary, Ana Marcela Cunha was the only athlete who was on the podium in the three events of the aquatic marathon, with two gold medals, in the 5km and 25km, and a bronze, in the 10km.

Despite having placed herself among the best in the world very early, Ana Marcela Cunha had a problem with the Olympics during some Olympic cycles. Even with the historic fifth place in Beijing, the Brazilian could not repeat the results obtained during most competitions when she was at the Olympic Games.

It is true that the distance used in the Olympics, the 10 km, is the only one that Ana Marcela Cunha has not won gold in a World Championship. But, beyond that, the Olympic year always presented an unexpected problem and hindered the swimmer’s performance.

For London, in 2012, Ana Marcela Cunha did not get the vacancy. In the competition that would give her a spot in the Olympic Games that year, the Brazilian was about a second above the 10th place, the limit to have the Olympic classification. In 2016, in Rio de Janeiro, the athlete had a medical problem that hindered her preparation in the final stretch and her performance was the 10th place.

Redemption came in Tokyo in 2021. In Japan, the Brazilian arrived, once again, as the big star of the competition and favorite for gold. Unlike what happened in previous years, the Bahian from Salvador managed, within the possibilities, to keep all her preparation from start to finish and the result came. Dominating and maintaining her strategy from start to finish, she took Olympic gold for the first time.

The best videos, exclusive interviews, great reviews and the latest news from the world of sports. EVERYTHING on ESPN.com.br! Click and see!

Because of all this, Ana Marcela Cunha is a milestone for the aquatic marathon in the world. For everything she did and the way she conquered and conquers, the Brazilian changed the way of seeing herself and competing in the sport. Despite being very experienced at 30, Ana Marcela can and should continue to climb the top of the podium for a few years.

See ALL medals of Ana Marcela Cunha in World Cups

*Medal won in the Open Water World Cup. The others were in the Water Sports World Cup.