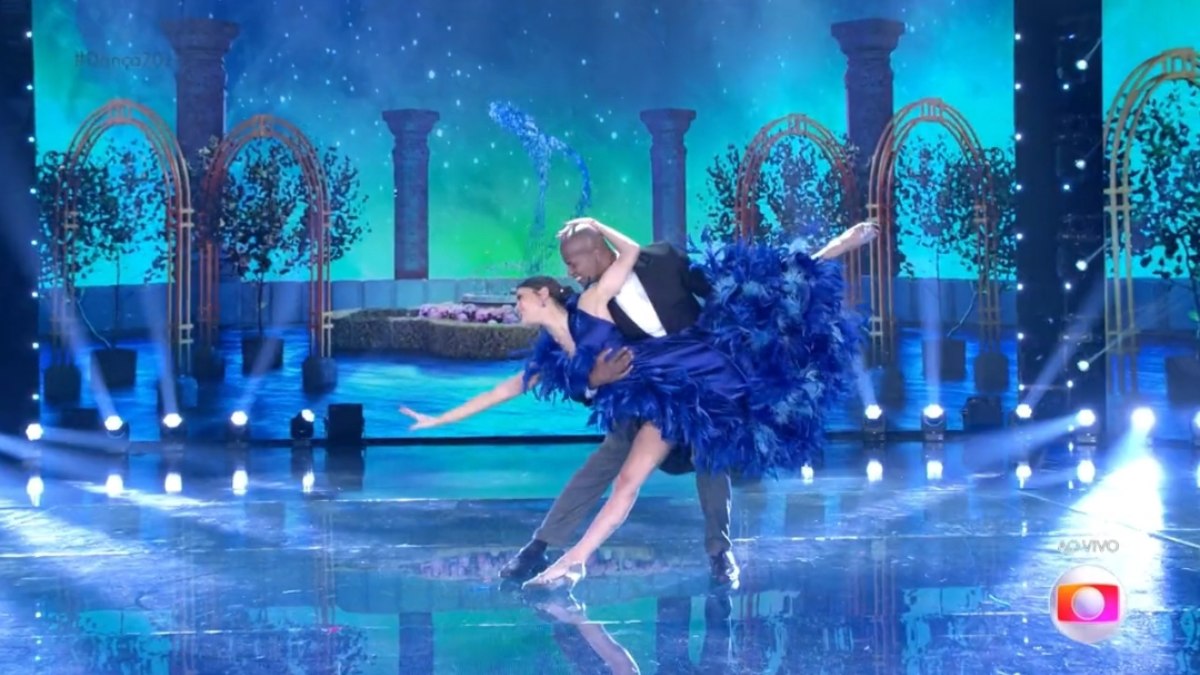 Vitória Strada was consecrated as the big winner of the “Dance of the Famous” this Sunday (3). The actress, Vitão and Ana Furtado performed two performances for the judges and the public, dancing samba and waltz. She and the teacher, Wagner Santos, won a car.

The program was shown live and also opened voting to the public. For the night’s performances, the competition scores were reset to zero. The artistic jury was complemented by Paolla Oliveira, who has won the “Dança dos Famosos” twice, and Murilo Benício, who currently lives Tenório in “Pantanal”.

The order of the pairs was determined by drawing lots shortly before the program began. First, Ana Furtado and Leandor Azevedo danced; then Vitória Strada and Wagner Santos; and, finally, Vitão and Gabe Cardoso.

Vitória Strada and Vitão took the lead and received a 10 from all the judges in the first stage, dancing the waltz. It was the first time in this year’s competition that Ana Botafogo gave the pairs a 10. Ana Furtado received three grades 10 and grades 9.9 from Ana Botafogo and Zebrinha.

In the second part of the presentation, Ana and Vitória exchanged costumes in the middle of the performance; but Victoria took the lead. Ana Furtado didn’t get 10’s from Carlinhos de Jesus and Zebrinha. In addition to having more agitated the public, Vitória got all grades 10.

Vitão also wowed the audience with an acrobratic and very synchronized performance. However, the singer didn’t get all 10 because his hat fell off in the middle of the performance, which made Carlinhos de Jesus rate the performance at 9.9.

Vitória Strada was the participant who received the highest score from the jury, winning 10 from all the judges, the audience and the vote on the Gshow in the presentation of the waltz. She received 9.9 just for Gshow in the samba presentation, winning this edition of “Dança dos Famosos”.

In addition to Strada’s parents, the actress and Marcella Rica, the actress’s fiancée, shared a kiss on stage at Domingão. “That’s what the world is about, it’s about diversity and people being happy. I’m very happy with the victory in this very strange moment that the world is going through”, praised Huck

“Love is the most beautiful feeling in the world in every way. It does good for the world. We need to celebrate every time love happens in all its forms. It’s about love. Love one another. Don’t criticize the way the other loves if it is different from yours. No one is harming anyone. As long as we are in love, we don’t need to worry. The problem is when we are not in love”, concluded Vitória.

Tv specialist. Falls down a lot. Typical troublemaker. Hipster-friendly advocate. Food fan.
Previous Caixa releases withdrawals for those who missed the date of PIS/Pasep and FGTS
Next Cruzeiro seeks the best 1st round in the history of Série B; see what’s missing