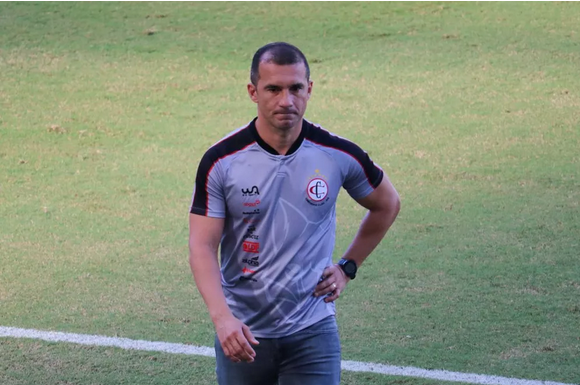 Campina Grande, PB, 03 (AFI) – Ranielle Ribeiro is no longer a coach Campinense. The commander ended up resigning this Sunday night (03) after the defeat to Botafogo-SP, in a comeback, by 3 to 1, in the heart of Estádio Amigão, which kept the team from Paraíba in the relegation zone of the Brazilian Serie C Championship.

The was announced by Rádio Cariri de Campina Grande (FM 101.1) and confirmed by the football director, Rômulo Farias, in a press conference at the end of the match. Now, the board of Campinense will have to work fast in the search for a new coach for the sequence of the national competition. Evaristo Pizza and Flavio Araújo are the two names being evaluated.

Currently, Campinense appears in 18th place with only twelve points won. In the last six games played, the team was defeated in five and won only one. Confiança, the first team outside the zone, has 14 points, which is two more than the team.

Ranielle Ribeiro was in charge of Campinense since the beginning of last season. Since then, he has won two titles in the Campeonato Paraibano and access to the C Series. However, this year, he has not been able to maintain his good performance ahead of the team that is in danger of falling.