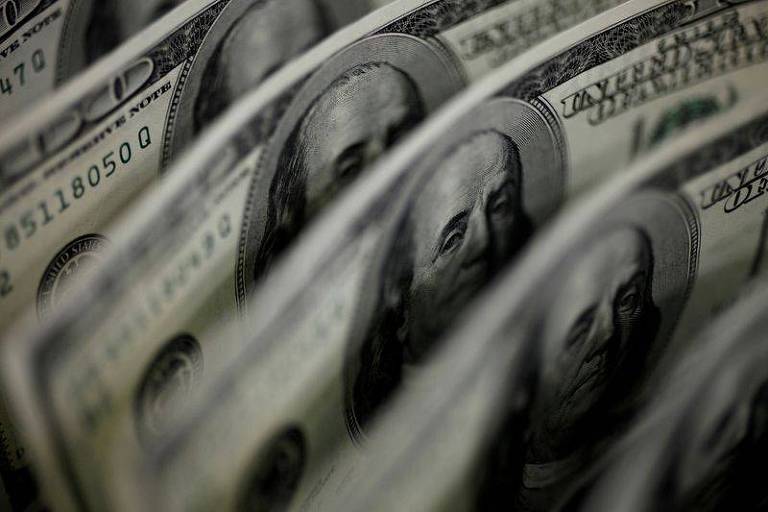 The exchange rate decelerated this Thursday (7) after having reached a new peak the day before since the end of January. The spot dollar retreated 1.43%, quoted at R$ 5.3440 on sale. The drop is in line with the movement of markets abroad.

After a day of widespread panic due to fears of global recession, investors began to digest information on Thursday that reduced the expectation of an almost immediate fall in the global economy.

With the favorable business climate, the Ibovespa rose 2.04% to 100,729 points. The strength of the commodities sector propelled the Stock Exchange’s benchmark index to breathe above 100,000 points for the first time in six trading sessions.

On Wednesday (6), there was volatility while the market waited for the release of the Fed’s (Federal Reserve) minutes. The US central bank presented a mid-afternoon report on the meeting that, on June 15, resulted in the country’s biggest interest rate hike since 1994.

Analysts were looking in the document for clues about the risks of a recession in the United States, whose perception could be reinforced if the minutes clearly signaled that the authority will be equally or even more aggressive at its next meeting, on the 26th and 27th of this month. This fear has not been confirmed.

Already on Thursday, a weekly report on unemployment insurance in the United States showed a rise in requests for new benefits. The information, apparently bad amid fears of recession, was interpreted by American analysts as relatively positive.

The explanation lies, once again, in the comments of Fed officials about the reason that may or may not result in a faster interest rate rise: inflation.

In the minutes released by the Fed this Wednesday, the authority reinforces that inflation was the main reason for the 0.75 percentage point increase in the country’s benchmark interest rates and that it could continue with the credit tightening, if the rise in prices persists.

In this context, the reduction in the supply of jobs was understood as a sign that the economy is already responding to the credit constraint and this could slow down the monetary tightening.

“What the market is wanting to see is that there is a slowdown in the job market, but not a collapse,” Kiran Ganesh, a strategist at UBS, told The Wall Street Journal.

News about new stimulus to the economy in China also benefited markets this Thursday, especially those in emerging countries, such as Brazil. The Asian giant is the world’s largest consumer of iron ore and oil, the main materials exported by companies with greater weight on the Brazilian stock exchange.

The price of raw materials tends to decline when there is an expectation of a reduction in demand for energy, which would be one of the consequences of a crisis in the world economy.

The rise in oil allowed the most traded shares of Petrobras to jump 2.93%. Also gaining from the rise in the commodities sector, mining company Vale advanced 2.91%.

“The Ibovespa followed the world stock exchanges and had an expressive high trading session. With the favorable external scenario and high commodities, practically all the stocks that make up the index appreciated”, commented Leandro De Checchi, an analyst at Clear Corretora.

Born in 1992, Yadunandan approaches the world of video games thanks to two sacred monsters like Diablo and above all Sonic, strictly in the Sega Saturn version. Ranging between consoles and PCs, he is particularly fond of platform titles and RPGs, not disdaining all other genres and moving in the constant search for the perfect balance between narration and interactivity.
Previous The dark side of the chocolate you eat
Next First case of monkeypox is confirmed in Santa Catarina