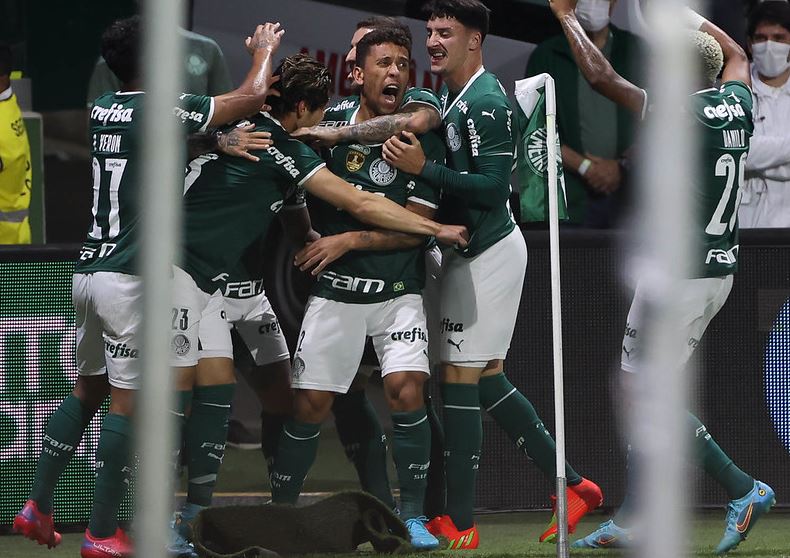 América-MG vs Palmeiras: see probable lineups and information about the duel

Abhishek Pratap 4 weeks ago Sports Comments Off on América-MG vs Palmeiras: see probable lineups and information about the duel 6 Views

Isolated leader of the Brazilian Championship, Palmeiras defends this position against América-MG, this Thursday, at 8 pm (GMT), at the Independência stadium, in Belo Horizonte, for the 18th round. In their first game after the regularization of their signings in this international transfer window, Verdão may have news in attack. Uruguayan Miguel Merentiel and Argentine José Flaco López are already available to Portuguese coach Abel Ferreira.

With Rony and Rafael Navarro out due to injury, one of the two could have a chance as a starter in Minas Gerais. The one with the most chances to play is López, who would replace Gabriel Veron, scorer of Verdão’s 1-0 victory over Cuiabá, last Monday, at the Allianz Parque stadium, in São Paulo, and practically negotiated. with Porto, from Portugal.

Due to the sequence of games in the season, it can give some players a break against América-MG. One of these athletes is the Uruguayan left side Piquerez, who stayed in São Paulo due to pain in his left thigh. For his place, the option is Vanderlan, 19 years old, who entered the final minutes against Cuiabá.

With 33 points, Palmeiras starts the round with two more than Atlético-MG, which also plays this Thursday – from 7 pm against Cuiabá, at Arena Pantanal, in Cuiabá. With only two rounds for the Brasileirão to reach its half, Verdão will guarantee the symbolic title of “champion of the first round” if they beat América-MG and Galo don’t win in Mato Grosso.

On the América-MG side, the big concern is the drop in performance in the last matches, which made the team enter the relegation zone – it started the round in 17th place, with 18 points. Coach Vagner Mancini believes that the physical and mental strain is affecting the players, as seen in the 3-0 defeat to Red Bull Bragantino, last Sunday, in Belo Horizonte.

The steering wheel Zé Ricardo and the midfielder Alê are doubts. The first is a reserve and is recovering from pain in his left thigh, while the second was absent in the last two games, with discomfort in his left thigh. In attack, Wellington Paulista is still in the medical department recovering from a right thigh injury. On the other hand, Felipe Azevedo must be available.

One of the highlights of the first round of the Brasileirão, Igor Paixão has a …