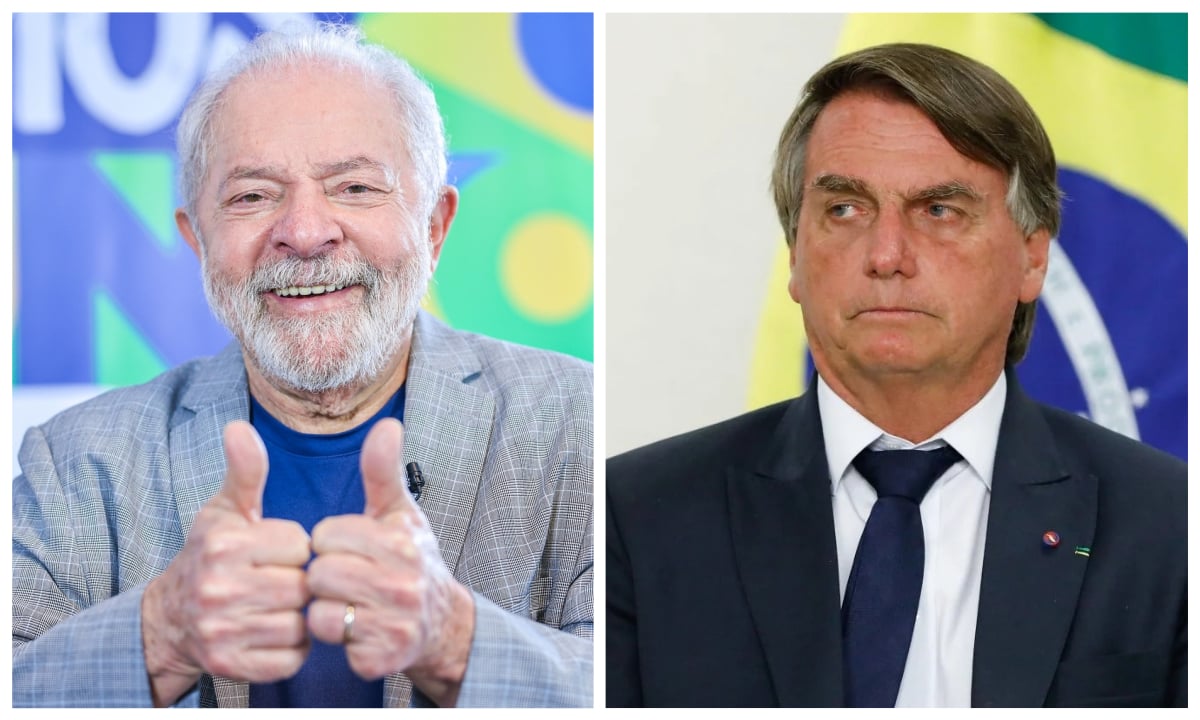 Lula’s advantage over Bolsonaro is 11 points in the first round and 10 in the second, says survey

Abhishek Pratap 3 weeks ago News Comments Off on Lula’s advantage over Bolsonaro is 11 points in the first round and 10 in the second, says survey 5 Views

Exame/Ideia poll released this Thursday 21 shows that former president Lula (PT) has an advantage of 11 percentage points over President Jair Bolsonaro (PL) in the first round.

According to the survey, in the stimulated scenario, the PT sums up 44% of voting intentions against 33% for the former captain. Following are Ciro Gomes (PDT), with 8%, Simone Tebet (MDB), with 4%, and André Janones (Avente), with 2%. The other pre-candidates scored 1% or were below that.

In the previous survey, Lula had 45% and Bolsonaro, 36%. The numbers fluctuated within the margin of error, which is plus or minus three percentage points.

To arrive at the results, 1,500 people were heard between the 15th and 20th of July. The interviews were conducted by telephone, with calls to both residential landlines and cell phones. The survey was registered with the Superior Electoral Court (TSE) under the number BR-09608/2022.

“We see a stable number of voting intentions. There is still no reflection of the impact resulting from the government’s measures to pay aid or reduce fuel prices”, said Maurício Moura, founder of IDEIA. “That is, it is something that we need to monitor in public opinion in the coming months. It is worth remembering that the emergency aid took approximately two months to have a reflection on the president’s popularity “.

In the spontaneous poll, Lula has 36% of voting intentions, compared to 30% for Bolsonaro. Ciro appears with 3%, and the others scored 1% or were below that.

In the scenario of second roundthe PT would win the current president by a difference of 10 percentage points by adding 47% of the voting intentions against 37% of the former captain.

Lula would also defeat Tebet and Ciro. According to the survey, Bolsonaro would emerge victorious against the same opponents.

“A larger portion of the population evaluates the government negatively. In the question about whether he deserves to be reelected, this number is above 50%, which means a great difficulty in reelection”, points out Moura. “Another data that is related is the majority of Brazilians answering that they think the country is on the wrong path”.