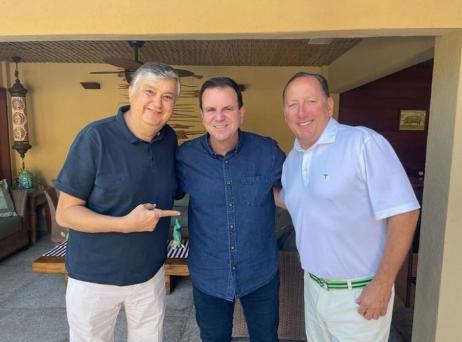 Stadium was the main topic in the meeting between Eduardo Paes, mayor of Rio de JaneiroDurcesio Mello, president of the Botafogo, and John Textor, owner of SAF, last Saturday. The American stressed the desire to build a new arena for Glorioso, but the politician is not very in favor.

Paes showed the desire to value the Nilton Santos Stadium. For him, the stadium would become a “white elephant” in the city if Botafogo were no longer the owner of the concession – the club’s current contract ends in 2051.

It is worth mentioning that, despite the commitment to Olympic sports, the Nilton Santos Stadium has not been used much in this sense. That’s what Eduardo Paes will try to convince so that the athletics track is put aside.

Recently, the Brazil Athletics Trophy was played at Nilton Santos. The championship, however, was not well approved either by athletes or by members of the technical committees. Even due to the lack of activities, the track and equipment were far from ideal. Botafogo stadium is the “last on the list” in the athletics itinerary.

The discussions, it is worth mentioning, are very embryonic. The meeting between Textor and Eduardo Paes on Saturday lasted just under an hour and the time to debate this issue was not skillful enough. But there is talk and the mayor of Rio de Janeiro is willing to take actions to value Nilton Santos.