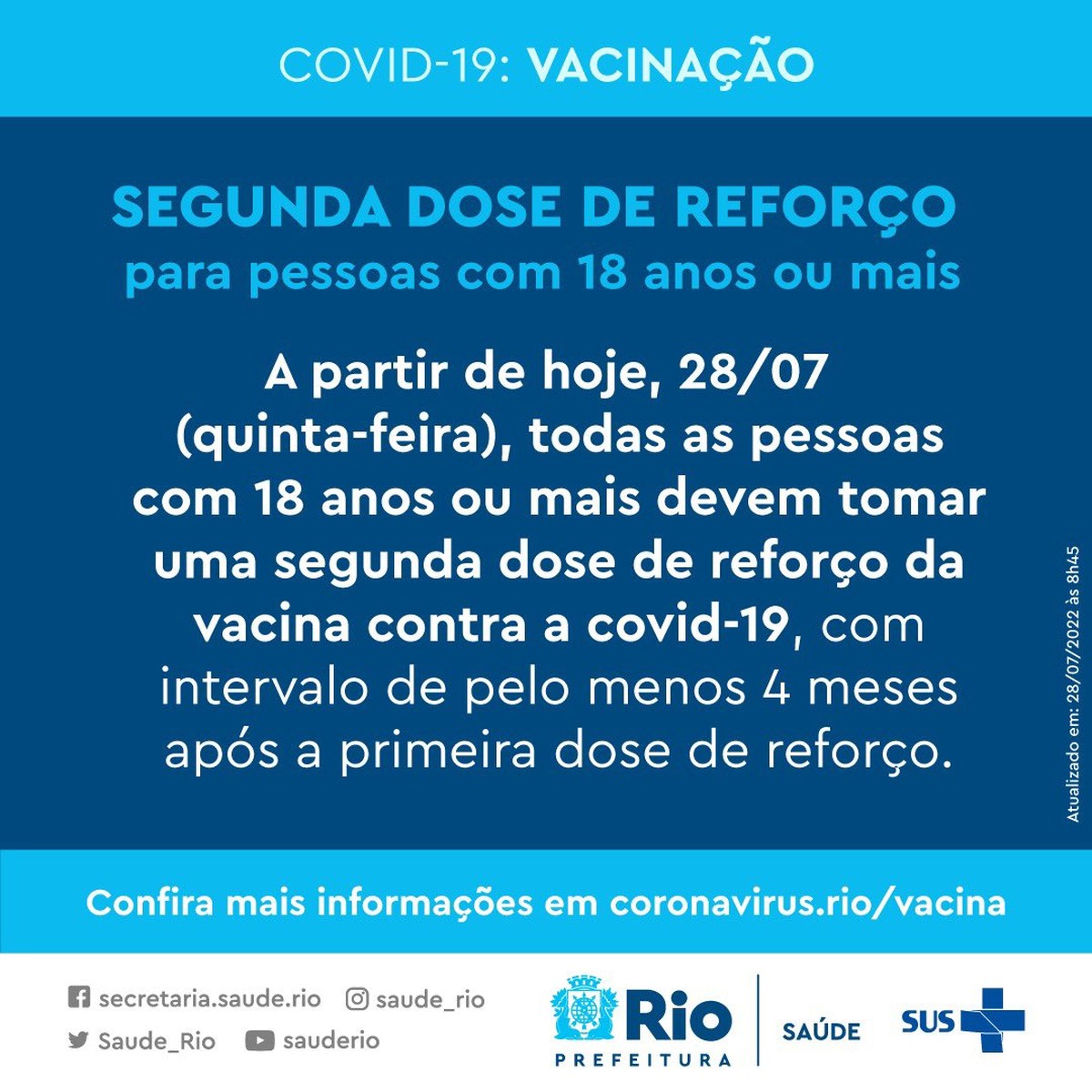 The City Hall of Rio begins this Thursday (28) to vaccinate all people aged 18 or over with the fourth dose of the immunizer against Covid (second booster dose).

The announcement was made by the mayor himself on his social network. “Let’s get vaccinated! You just have to be over 18 years old!”, posted Eduardo Paes.

The Municipal Health Department advises that an interval of at least four months is necessary after the application of the first booster dose of the vaccine.

The city has more than 3.3 million people with some form of vaccination delay. Meanwhile, the Municipal Health Department is running out of time to apply about 100,000 doses of the AstraZeneca vaccine that expire next Monday (1st).

According to data from the Municipal Health Department of Rio, 544,792 people did not take the second dose of the vaccine. Another 1,751,954 did not go to the stations for the third dose, the first booster.

Rio has 3.3 million people with delayed Covid vaccine; batch with 100,000 doses of AstraZeneca expires in 5 days

The State Department of Health of Rio de Janeiro, through the Undersecretary of Surveillance and Primary Health Care, sent, this Thursday, a letter recommending to the 92 municipalities in the state the application of the fourth dose against Covid for people aged 18 years and over. .

Following the National Immunization Program (PNI), immunization must occur with a minimum interval of 4 months from the first booster.

The objective is to expand the vaccination coverage of the population of the state, in view of the low demand by the groups until then released to receive the fourth dose.