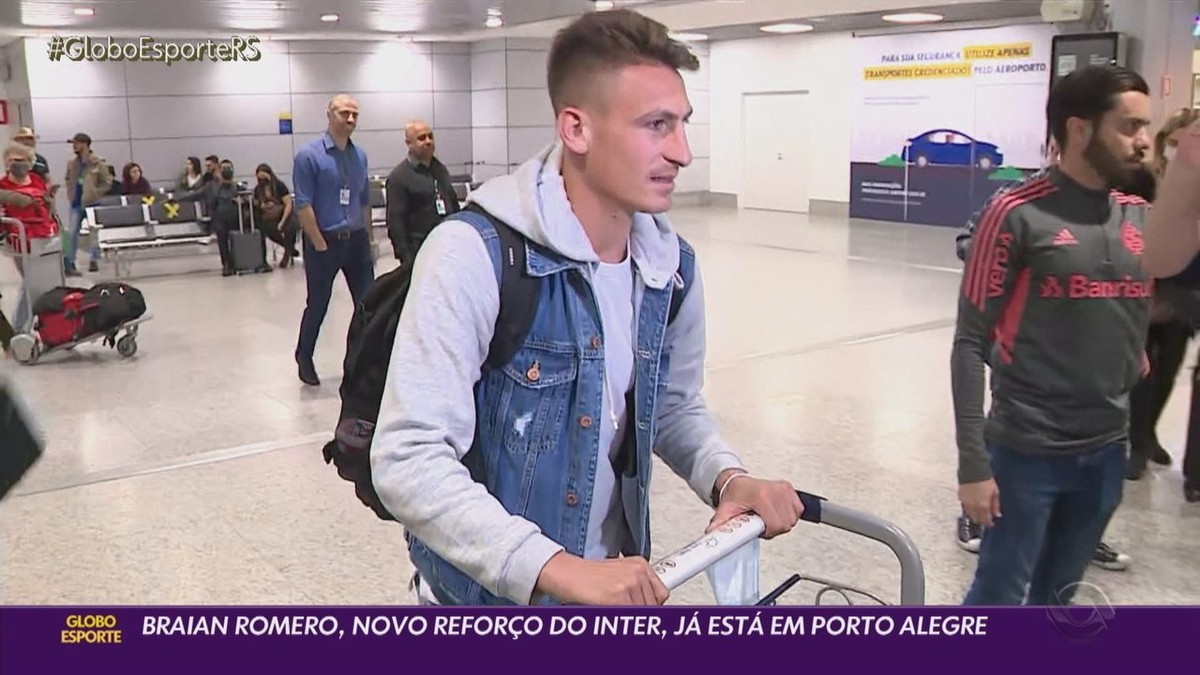 This Friday, Inter made official the signing of Braian Romero. The 31-year-old striker arrives from River Plate and signs with the Rio Grande do Sul club for two and a half seasons, until the end of 2024.

Romero landed in Porto Alegre on Thursday morning, underwent medical examinations and completed other procedures for hiring. According to information in the Argentine press, Colorado paid US$ 1 million (R$ 5.2 million) for 50% of the athlete’s rights.

In a video released by Canal do Inter, the new reinforcement was happy with the opportunity in Brazilian football, said that the trajectory of compatriot D’Alessandro at Inter serves as an inspiration and talked about his characteristics on the field.

– I am a player who likes to play diagonally, with a lot of determination, a lot of heart. I’m willing to leave everything on the field. I like to help teammates, run. One of my main characteristics is to do the diagonal, to always try to be well positioned to shoot and score the goal – he declared.

The player arrives at Beira-Rio to compete for a spot in the attack of Mano Menezes, who currently has Alemão as a starter. On Thursday night, the club also announced Mikael, ex-Sport and Salernitana, from Italy, another player in the position.

Inter now accelerates to regularize the player in time to register him in the quarterfinals of the Copa Sudamericana. If Romero’s name is on the CBF’s BID (Daily Newsletter) this Friday, the striker will be available for the confrontation against Melgar, next Thursday, in Arequipa, Peru.

Braian Romero spent most of his career in Argentina, with a brief stint in Brazilian football. Revealed by Acassuso, he played for Colón, Argentinos Juniors and Independiente, who loaned him to Athletico-PR in 2019. After being highlighted by Defensa y Justicia, between 2020 and 2021, he was hired by River Plate.