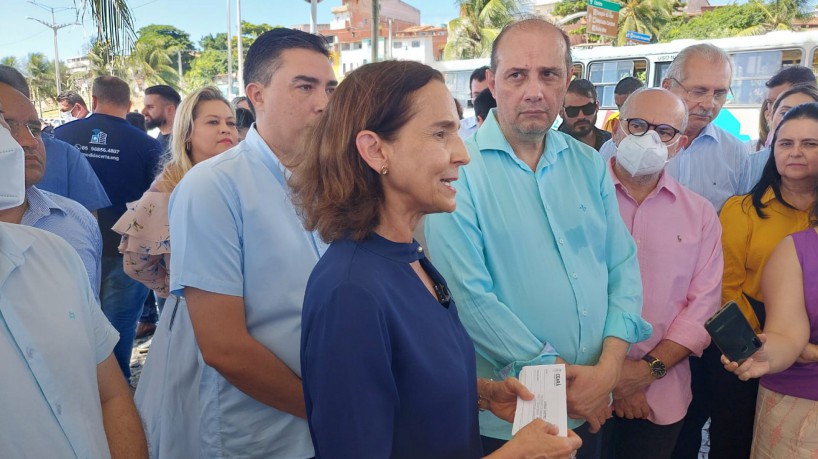 Izolda denies dismissals of government RC allies: “I was never a persecutor”

Abhishek Pratap 2 weeks ago News Comments Off on Izolda denies dismissals of government RC allies: “I was never a persecutor” 1 Views

Governor Izolda Cela (non-party) countered this Friday, 29, an accusation made by the state president of the PDT, deputy André Figueiredo, that his administration had fired supporters of former mayor Roberto Cláudio (PDT). this is not correct. I am not a persecutor, I have never been a persecutor in any situation, not even in relation to the opposition. I have never treated politics that way.

In an interview with the program Jogo Político, from THE PEOPLElast Tuesday, Figueiredo guaranteed that the alleged dismissals in the state administration would already be happening and in a summary way, due to the participation of government members in the PDT convention that made official RC’s candidacy for the Palácio da Abolição, last Sunday, 24 .

“We cannot suddenly support former governor Camilo (Santana), no matter how much respect we have for him, with this war that has been unleashed, including within the scope of the State Government, with persecution of people who were at our convention on Sunday. , including summary dismissals”, said Figueiredo.

Asked, he replied that there is no way to directly associate the current governor with the layoffs. But he stressed that this is no way to treat a “historical ally.” “As much as our governor Izolda is not behind it, whoever did it certainly communicated it,” he said. According to Figueiredo, the layoffs would be in the Official State Gazette (DOE) this Wednesday, 27th. However, THE PEOPLE has not identified, so far, any disconnection of CR allies from management.

In a note, the Civil House of the Government of Ceará had already denied the complaint: “This information is not true”.

with information from reporters Filipe Pereira and Israel Gomes