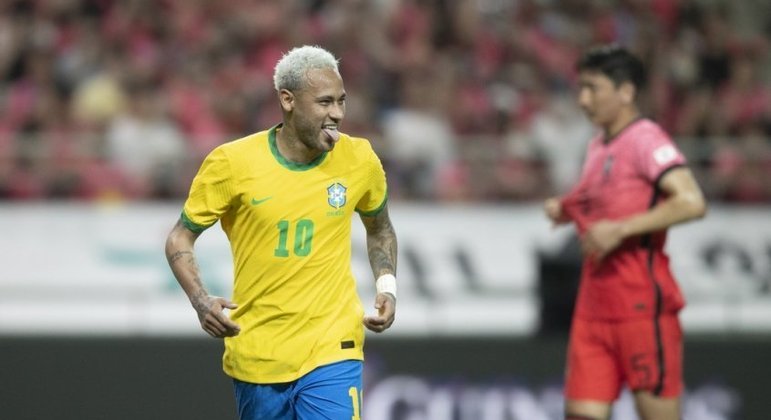 Accused of tax evasion at the time he defended the colors of Barcelona, ​​striker Neymar has no chance of being arrested. This Thursday, the Regional Federal Court (TRF) of the 3rd Region granted a habeas corpus to suspend investigative criminal proceedings against PSG’s number 10.

In addition to Neymar, the athlete’s parents, two former presidents of Barcelona (Sandro Rosell and Josep Maria Bartomeu), and a Santos official were also in the sights of Justice. The Spanish Public Ministry is also demanding a payment of €8.4 million (R$44.5 million) from Barcelona, ​​which is listed as a Legal Entity in the case.

A Brazilian company specializing in the transfer market, DIS was the one who filed the complaint, claiming that it felt wronged by Neymar’s arrival at the Catalan club. The organization held 40% of the player’s rights, at the time at Santos, and is asking for compensation of more than 150 million euros (R$ 794 million).

+ Possible Japan shirt is revealed: check out leaked or released uniforms for the World Cup

CHECK OUT THE NOTE RELEASED BY NEYMAR’S ADVISORY

“The Regional Federal Court of the 3rd Region granted today (28) habeas corpus to suspend investigative criminal proceedings, in which the Federal Public Ministry proposed a non-prosecution agreement (ANPP) to Neymar Júnior, for an alleged crime against the tax order, pending of two tax actions.

The player’s defense, Davi Tangerino Advogados, maintained that there was no certainty as to the existence of a criminal act (just cause), nor the possibility of the MPF seeking a conviction (interest to act). These conditions of action must also be present when offering an ANPP, since the agreement is an alternative to offering a denunciation. The just cause disappears in the face of anticipation of guardianship in an annulment action, sponsored by Neder and Romano Advogados, which recognized that the Federal Revenue Service of Santos could not refuse the compensation of personal income tax paid on behalf of Neymar Júnior in Spain, contrary to the determination of the Administrative Council of Tax Appeals (CARF).

There is no interest in acting, in turn, in the face of the full deposit made in tax enforcement action, since regardless of the merits of the judicial decision, the MPF cannot seek criminal punishment in court: either the taxpayer is right – and therefore , there is no crime -, or the Treasury is right and the deposit is converted into definitive income, leading to the extinction of criminal punishment.

The decision is a relevant milestone in the understanding of the ANPP, particularly in tax crimes, as well as in the recognition of possible criminal effects for other cases of suspension of enforceability, such as deposit and anticipation of guardianship. It would be markedly authoritarian to threaten with criminal law those who exercise their elementary constitutional right to pay all that is owed, but only what is owed.”

Food maven. Unapologetic travel fanatic. MCU's fan. Infuriatingly humble creator. Award-winning pop culture ninja.
Previous ‘The League of Superpets’ shows what a superhero’s place is with kids – 7/28/2022
Next Monkeypox: Know the symptoms and how it is transmitted