RJ: PSOL-Rede Federation decides to support Molon and Freixo at a convention

Abhishek Pratap 3 weeks ago News Comments Off on RJ: PSOL-Rede Federation decides to support Molon and Freixo at a convention 3 Views

247 – The PSOL-Rede Federation convention, held this Thursday, 28, officially supported the candidacies of Alessandro Molon (PSB), for the Senate, and Marcelo Freixo (PSB), for the government of Rio de Janeiro.

The convention also authorized the nomination of the slate with proportional candidacies to the Chamber of Deputies and the Legislative Assembly of Rio, reports Ancelmo Gois, from the newspaper O Globo.

Molon’s candidacy for the Senate is a point of tension in the PT’s alliance with the PSB. PT members defend the name André Ceciliano (PT) to the Senate, and this is the condition for the acronym to support Freixo’s candidacy. 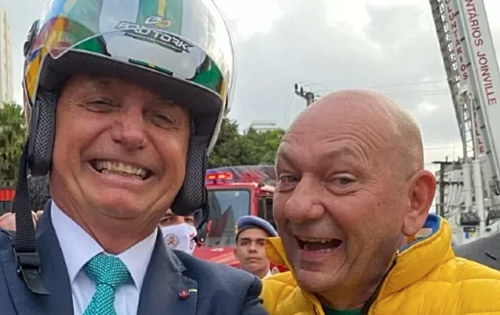