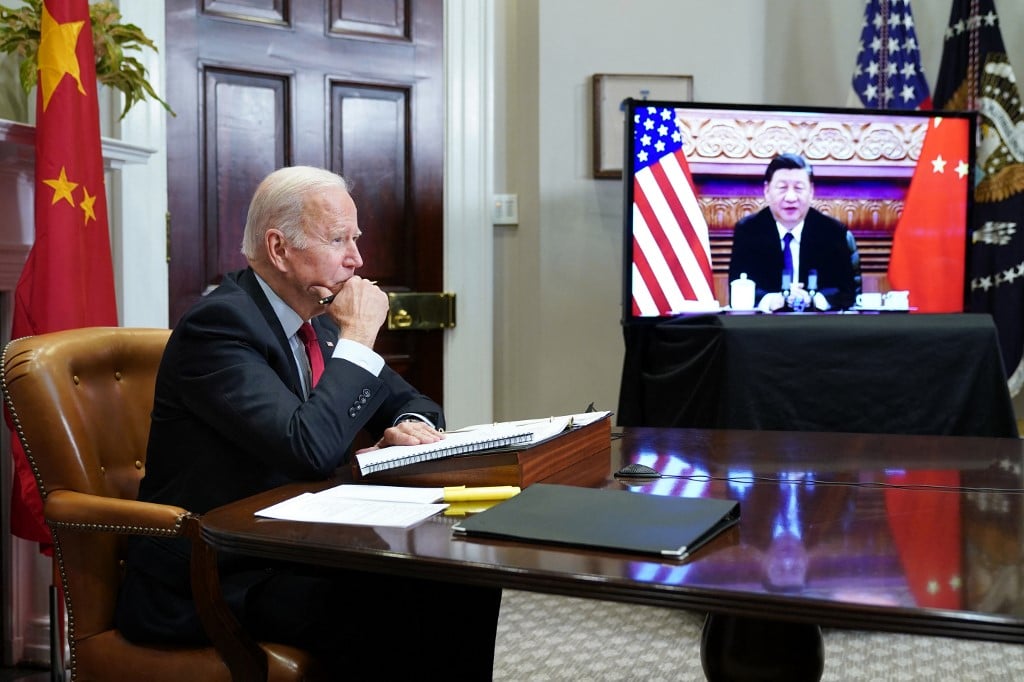 ‘Understand that whoever plays with fire ends up getting burned’, Xi tells Biden on Taiwan

Abhishek Pratap 2 weeks ago News Comments Off on ‘Understand that whoever plays with fire ends up getting burned’, Xi tells Biden on Taiwan 5 Views

Presidents of China Xi Jinping and US President Joe Biden had two hours of “sincere and in-depth” conversation on Thursday, according to a report by Chinese state media. At the virtual meeting, Xi said the American should not “play with fire” in Taiwan.

“Those who play with fire end up getting burned,” Xi told Biden, according to the agency. Xinhua.”I hope the American side understands that.”

Beijing and Washington were already at loggerheads over trade, and now disagreements over Taiwan have escalated.

China considers the island one of its historic provinces and claims sovereignty over it. It thus opposes any initiative that gives international legitimacy to the Taiwanese authorities and any official contact between Taiwan and other countries.

The latest source of friction is a possible trip by House Speaker Nancy Pelosi to Taiwan. While senior US officials frequently visit the island, China views the trip by Pelosi, one of the state’s top personalities, as a major provocation.

The United States, for its part, fears that Xi is considering using force to impose control over Taiwan. Until recently, an invasion was considered unlikely, but observers are changing their minds and are not ruling out the possibility.

(With information from AFP)