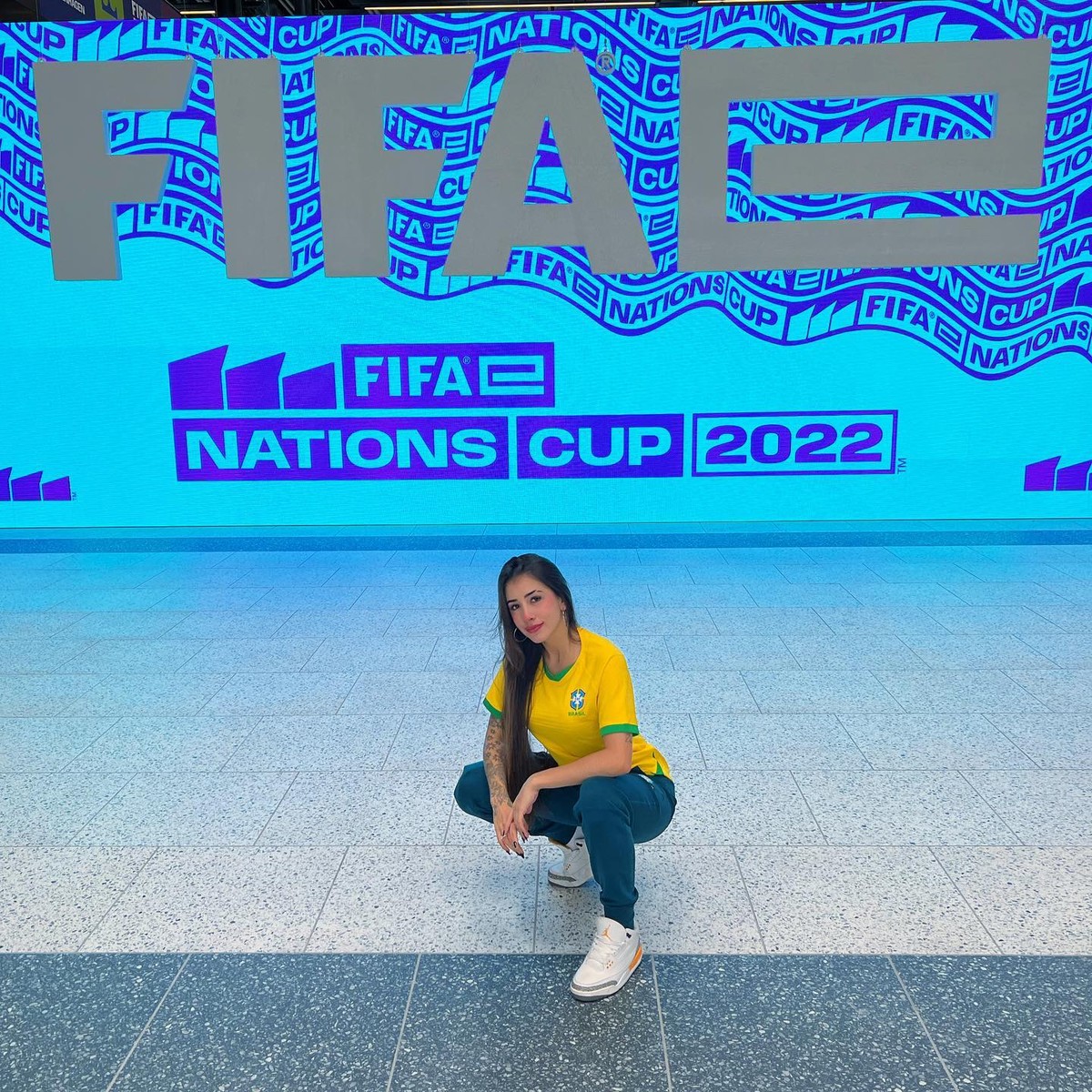 Julieta in the arena of the FIFAe Nations Cup 2022, the FIFA World Cup 22 — Photo: Reproduction

Born in São Paulo, Julieta did not parachute into the coverage of virtual football. The Los Grandes influencer has already played grassroots football. The 24-year-old from São Paulo made it to the women’s team, but had to abandon the sport at age 15 to dedicate herself to a conventional job.

— I got to play in the national team, but for a short time, because I left home very young, with only 15 years old, so I had to get a job to support myself and rent a house — said Julieta in an exclusive interview with ge.

The passion for football followed, and Julieta tried to play again. She joined the team backed by a German vehicle manufacturer, but suffered a knee injury and saw the club fall apart. Years later, the São Paulo woman started a Physical Education college and focused on a new dream for her career.

— I started to study Physical Education, because I had the dream of being a school teacher, to teach children. In addition, I also really wanted to do a master’s degree and a doctorate, so I could teach in colleges,” he said.

After unpretentiously entering TikTok, Julieta rocked the platform and was even invited to a kind of reality show with content creators. The paulista grew up with dances and trends from the short video app and caught the attention of Los Grandes and was hired by the esports organization.

Julieta was already doing lives at that time, but she focused more on talking about lifestyle. After joining Onda Laranja, the paulista invested in Fortnite and Free Fire broadcasts. This year, she has already been invited by Riot Games to represent Los Grandes in the broadcast of the classic against LOUD by Valorant Challengers Brazil (VCT BR).

Julieta was one of the attractions of Los Grandes x LOUD at VCT BR 2022 — Photo: Reproduction

After all the history in childhood and adolescence, Julieta returned to football. The Los Grandes influencer was called by the Brazilian eSeleção to join the delegation formed by Crepaldi (MGCF), Klinger Castro (Netshoes Miners), PHzin (R10) and Pedro Resende on the trip to Copenhagen, Denmark.

CBF’s idea is to give greater visibility to Brazil’s dispute in the FIFA World Cup 22. Only on Instagram and TikTok, the streamer has over 2 million followers. As soon as she found out, Julieta didn’t believe in the opportunity and even moved the family.

— When I received the news that the Brazilian eSelection had invited me to go to Denmark, […] I didn’t have any expectations on the matter. After a few days, Bruno, who works at Los Grandes, sent me the tickets and I thought: “Man, it’s real! This is really going to happen!”. Then I celebrated a lot with everyone around me, especially with my family, who were very happy (and my grandmother even cried) — he revealed.

In the tournament, Julieta’s charisma made the difference at Bella Arena, stage of the world championship. The influencer wore the eSeleção shirt and became one of the main highlights of the competition with many shouts, both in encouragement and in the very effusive celebrations.

— Football is something I’ve always loved, followed, played and lived a lot. So, being able to represent Brazil here with the boys and being able to do my work together with them is a unique and priceless opportunity – he concluded.

With Julieta in the crowd, the Brazilian team returns to the field this Saturday to face Italy in the semifinals. The game takes place at 8:15 am this Saturday in Copenhagen, Denmark. If they advance, Brazil will play the final at noon.

Food maven. Unapologetic travel fanatic. MCU's fan. Infuriatingly humble creator. Award-winning pop culture ninja.
Previous “Can we go back to being friends?”
Next Russia defends China in the crisis with the US over Taiwan – 07/29/2022 – World