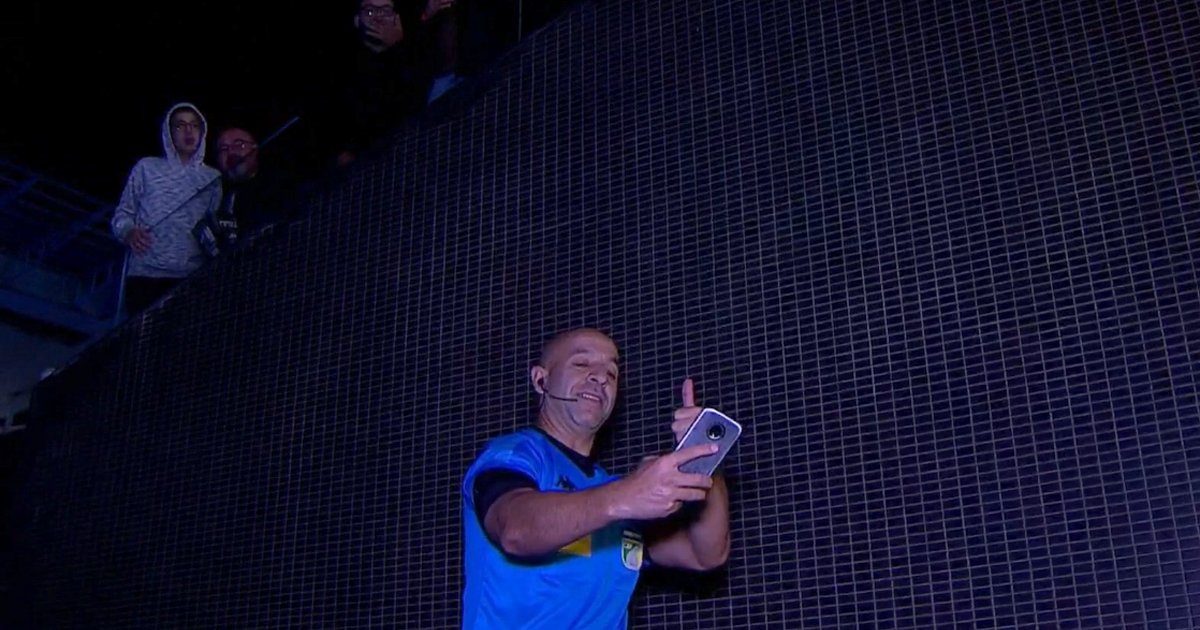 Corinthians x Botafogo referee asks to take a selfie with the home crowd, and commentators criticize attitude: ‘Lucky the game was quiet’

Abhishek Pratap 3 weeks ago Sports Comments Off on Corinthians x Botafogo referee asks to take a selfie with the home crowd, and commentators criticize attitude: ‘Lucky the game was quiet’ 6 Views

Jean Pierre Goncalves Lima stole the show minutes before Corinthians x Botafogo. The referee asked to take a selfie with the fans of the São Paulo team at the Neo Química Arena, while waiting for the teams to arrive in the tunnel to enter the field. The attitude was disapproved by commentators of ESPN, in particular by the analyst of Arbitration Renata Ruel.

– What’s up? There were no controversies, he did a good refereeing. But the teams were already positioned to go in, where is his head? Concentrating for the game? Got an important game, or worried about selfies? For me it’s a complicated attitude. The CBF has a code of ethics, but it does not have anything specific about arbitration. The São Paulo Federation has a refereeing conduct manual, and one of the guidelines is that the referee cannot create situations that could generate any suspicion about his impartiality. That is, when he joins the crowd and asks to take a picture, whether he wants to or not, it generates suspicion and gives reason to talk. And the timing of arbitration is terrible for this kind of thing – said Renata.

Former player and commentator Zé Elias He was also in disbelief at what had happened.

– Luckily, the game was smooth and there were no controversial moves. If there were any, they could say that he helped Corinthians, which harmed Botafogo. There’s this side that the referee has to think about. Brazilian arbitration is going through one of the worst moments – said Zé Elias.

“I wanted to understand what his idea was, it makes no sense. I had never seen anything like it,” added the commentator. Renato Rodrigues.

Fan who recorded the video tells how it went

The Corinthians fan who recorded the video (see below) told how it went. The request for the filming to be made came from the referee himself, who is a member of the Gaucho Federation.

– It was very cool, we were following Corinthians, asking for a photo for the players, then the referee asked to take a photo and it was very nice people. It was really cool, we shared the video here. Too bad he’s not stealing for Corinthians, anything we’ll delete the video (laughs) – the fan told ESPN.