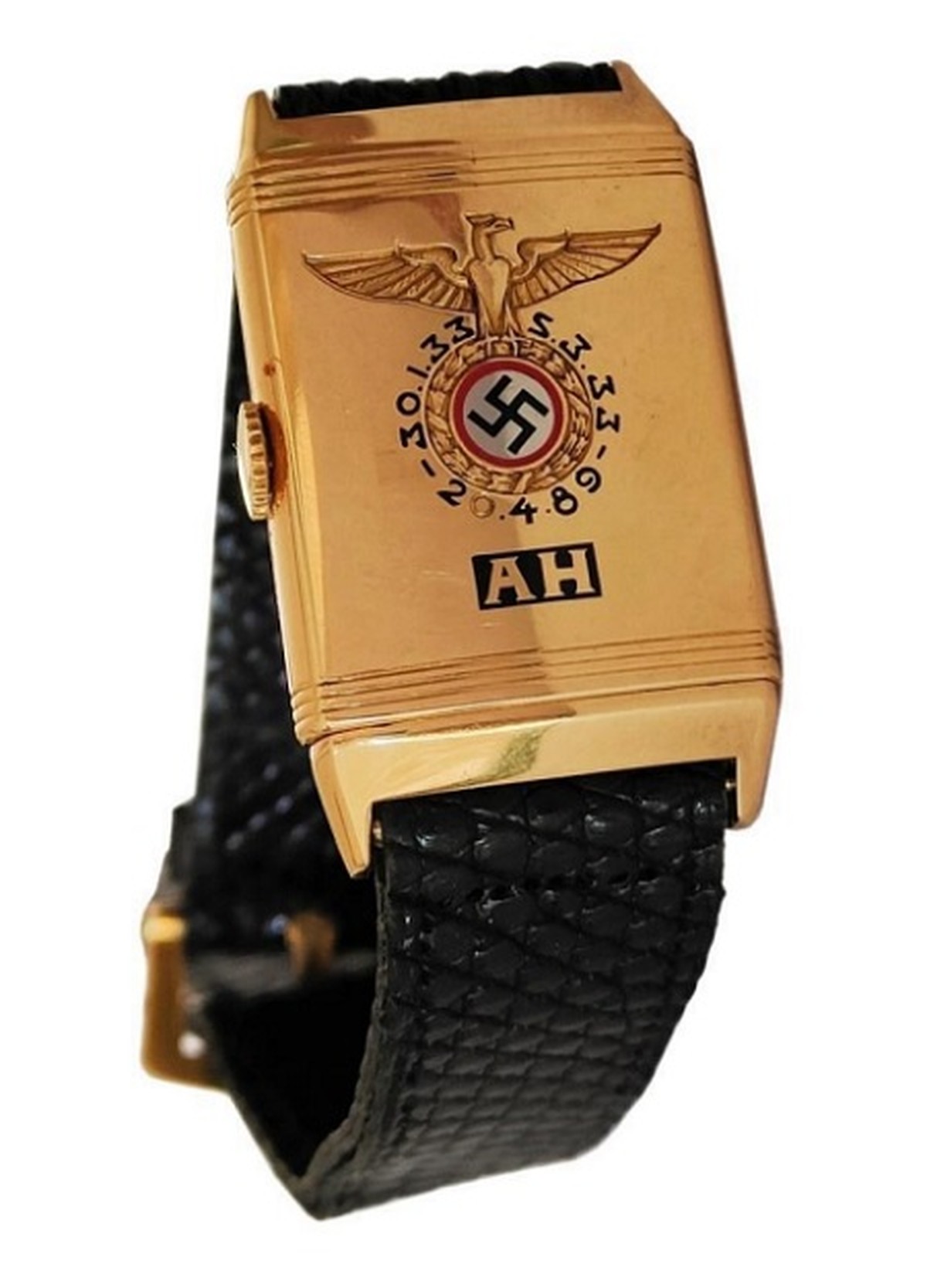 A wristwatch thought to have belonged to Nazi dictator Adolf Hitler was fetched for US$1.1 million at auction in the United States, despite requests from Jewish leaders not to be sold. carried out.

The piece was acquired by an anonymous buyer and is engraved with the initials AH, as well as a swastika and eagle symbolizing Nazi Germany.

American auction house Alexander Historical Auctions in Maryland, which has offered Nazi memorabilia in the past, defended the sale, saying its aim is to preserve history.

Hitler ruled Nazi Germany from 1933 to 1945, orchestrating the systematic murder of up to 11 million people – of whom 6 million were killed for being Jews.

According to the auction house, the auctioned watch was given as a gift to the dictator on his birthday in 1933, the year he was named German Federal Chancellor in the midst of a tumultuous political crisis.

Historians believe the accessory was seized by a French soldier on May 4, 1945, when his unit became the first Allied force to reach Hitler’s retirement home at Berchtesgaden in the Bavarian mountains. Later, the watch was resold and has been in the same family for generations.

In the same lot, toilet paper from the Wehrmacht (Armed Forces of Nazi Germany), cutlery and champagne glasses belonging to Nazi leaders and objects from Hitler’s partner, Eva Braun, including a dress and a collar for her dog decorated with swastikas. The auctions took place over two days, this Thursday and Friday (28 and 29/07).

Before the auction, the Brussels-based European Jewish Association (EJA) had asked the American auction house to stop selling the Nazi objects in an open letter that was signed by 34 Jewish leaders.

“This auction, unwittingly or not, is doing two things: one, to help those who idealize what the Nazi party stood for. Two: to offer buyers the chance to excite a guest or loved one with an item belonging to a genocidal killer and his supporters,” EJA president Rabbi Menachem Margolin wrote in the letter.

He also said that “the sale of these items is an aversion”. “There is little or no intrinsic historical value for the vast majority of the lots on display. In fact, one can only question the motivation of those who buy them.”

“While it is obvious that the lessons of history need to be learned – and legitimate Nazi artifacts belong in museums or places of higher learning – the items you are selling clearly do not,” the rabbi added, heading to the auction house.

Mindy Greenstein, senior vice president of Alexander Historical Auctions, told DW that the organization’s goal was to preserve history and that most of its collectors keep items acquired in private collections or donate them to Holocaust museums around the world.

“If history is destroyed, there is no evidence that it happened,” she said. “Whether a story is good or bad, it must be preserved.”

Greenstein further stated that the auction house sells all sorts of historical artifacts, but that World War II remains a popular topic due to continued and considerable public interest.

She lost much of her Jewish family, based in Kiev, Ukraine, during the Holocaust. Her husband Bill Panagopulos owns the auction house, and his father’s hometown of Greece was destroyed during the war.