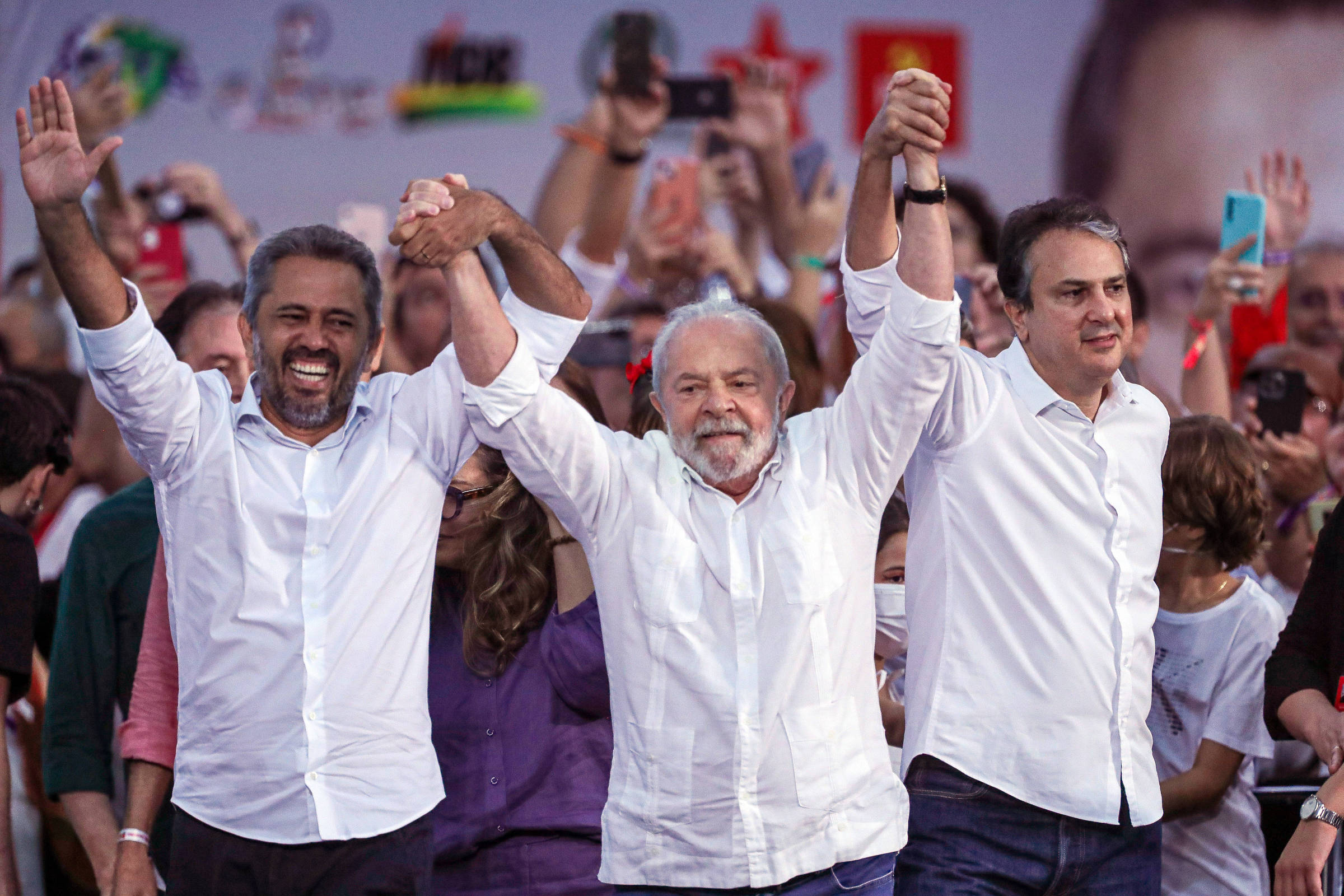 Former President Luiz Inácio Lula da Silva (PT) called President Jair Bolsonaro (PL) this Saturday (30) a “troglodyte” and “coward” and promised to “beat” him at the electronic voting machines in this year’s elections.

The former president said that Bolsonaro’s recent attacks on the STF (Supreme Federal Court) and the TSE (Superior Electoral Court) are signs of fear from those who know they will lose the elections.

“We will not accept provocation. Our revenge will be in the urn. Bolsonaro has been saying every day that the urn is no good, the same urn that elected him several times. But his fear is not the urn, his fear is the people. people will beat him up in the urn.”

Lula was in Fortaleza (CE) at a convention that formalized state deputy Elmano de Freitas as the PT candidate for the Government of Ceará.

Lula also returned to promise what he called the “revocation” of all decrees of secrecy on investigations signed by Bolsonaro on him and his family members.

The PT member also criticized what he called the electoral use of the short-term expansion of Auxílio Brasil, in the amount of R$ 600 until December, and promised to promote permanent actions if elected in October. When addressing the issue, Lula referred to the president as a “troglodyte”.

The definition of Lula’s platform in Ceará was marked by the end of the 16-year alliance in the state between the PT and the PDT.

PT members preferred that governor Izolda Cela be the one nominated by the pedestrians to seek reelection, but supported by Ciro Gomes, former mayor of Fortaleza Roberto Cláudio was chosen as candidate for the government after a vote by members of the directory on July 18.

The PT then decided to end the alliance and launch its own candidate. The decision also split Ceará’s PDT — Izolda asked to disaffiliate from the party, along with at least five mayors who also left the PDT this week to support Elmano and Camilo in the campaign.

Izolda did not attend the PT convention, but in the morning he received Lula at the Palácio da Abolição.

“A kiss for comrade Izolda, who was impeached without being impeached. In Brazil there is not a person with the capacity in the area of ​​education like comrade Izolda”, said Lula.

Ciro’s brother, Ivo Gomes, mayor of Sobral, the family’s hometown, publicly took a stand in favor of Izolda and said in an interview with Diário do Nordeste that Senator Cid Gomes was also in favor of the governors. Camilo Santana thanked Cid during his speech this Saturday.

“Nobody will make us lose friendship, nobody will separate us”, said Camilo.

Ivo and Cid did not attend the Ceará PDT convention, on July 24, which confirmed Roberto Cláudio’s candidacy for government.