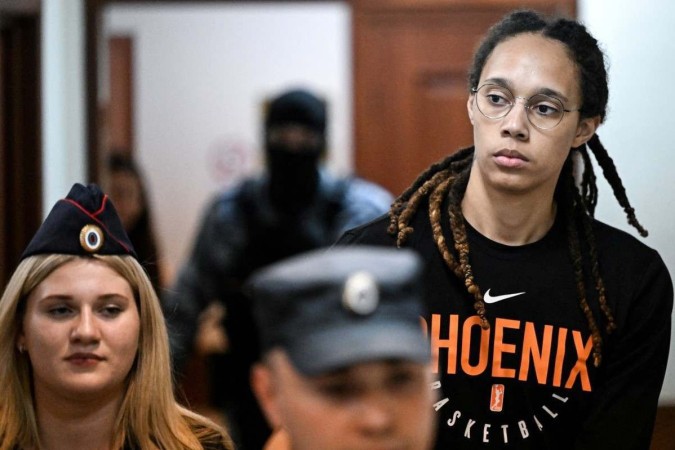 US pressures Russia to trade basketball player for drug dealer

US Secretary of State Antony Blinken spoke this Friday (7/29) with Russian Foreign Minister Sergei Lavrov and increased pressure on Moscow to accept a prisoner swap: basketball star Brittney Griner and ex-Marine Paul Whelan, Americans arrested in Russia, by arms dealer Viktor Bout, played in the cinema by actor Nicolas Cage in the film The Lord of the guns2005, who is locked up in an Illinois prison.

Blinken confirmed the dialogue with Lavrov, but did not elaborate on the receptivity of the proposal. Before the conversation, the Russian chancellor said he was “open to negotiations”. “I asked Lavrov to consider the proposal,” Blinken said. “I’m not going to talk about the answer and I can’t say whether I think things are more or less likely.”

In the Kremlin version of the conversation, the Russian Foreign Ministry said that when talking about a possible prisoner exchange, Lavrov suggested that Blinken return to the procedure known as “silent diplomacy” to avoid speculation.

In fact, the idea seems to have been followed to the letter by the Russian government. Asked about the matter, Dimitri Peskov, a spokesman for the Kremlin, dodged questions on the subject. “We know that this type of issue is discussed without revealing any information to the press. Generally, people find out about it when the deal has already been sealed,” he said.

Griner, 31, is an American basketball star. In 2014, she was champion of the WNBA, the American women’s league, for the Phoenix Mercury, and two-time Olympic champion for the USA, in the Rio Games, in 2016, and in Tokyo, in 2021.

On February 17 – before the Russian invasion of Ukraine – she landed in Moscow to play in the Russian basketball championship for UMMC Ekaterinburg. It is common for American players to participate in other leagues during the WNBA offseason, to supplement salaries, much lower than those paid in the men’s league, the NBA.

Customs officials at Moscow airport discovered electronic cigarette cartridges filled with hash oil – which is illegal in Russia – inside his luggage. At trial, Griner pleaded guilty and said she accidentally packaged a small amount of the substance, which was used under medical advice to control pain caused by injuries. Now, she faces up to 10 years in prison.

The other American involved in the negotiations is Paul Whelan, a former navy and corporate security executive. He was detained in 2018 at a Moscow hotel where he was staying for a friend’s wedding. In 2020, a Russian court sentenced him to 16 years in prison for espionage, a charge he denies.

According to the US State Department, Whelan and Griner are “wrongfully detained”. To solve the problem, which has plagued US President Joe Biden, the White House seems willing to pay a high price: giving up Bout, one of the biggest arms dealers in the world.

Bout, now 55, was born in Tajikistan and made a career in the Soviet Army. A specialist in languages, speaking Russian, Portuguese, English, French, Arabic and Farsi, he became an Air Force officer, where he discovered his true vocation: arms trafficking.

After the collapse of the Soviet Union, with military hardware and an arsenal trickling down the black market, Bout built a logistical empire, delivering weapons to the worst kind, rebels, militants and terrorists – including Al-Qaeda, Taliban and Rwandan militias.

After escaping several American traps for two decades, Bout was arrested in Bangkok, Thailand, in 2008, when he agreed to meet with DEA ​​(U.S. anti-drug agency) undercover agents, who claimed to be representatives of the Revolutionary Armed Forces of Colombia. (Farc). Extradited to the US, he was sentenced to 25 years in prison. (WITH INTERNATIONAL AGENCIES)