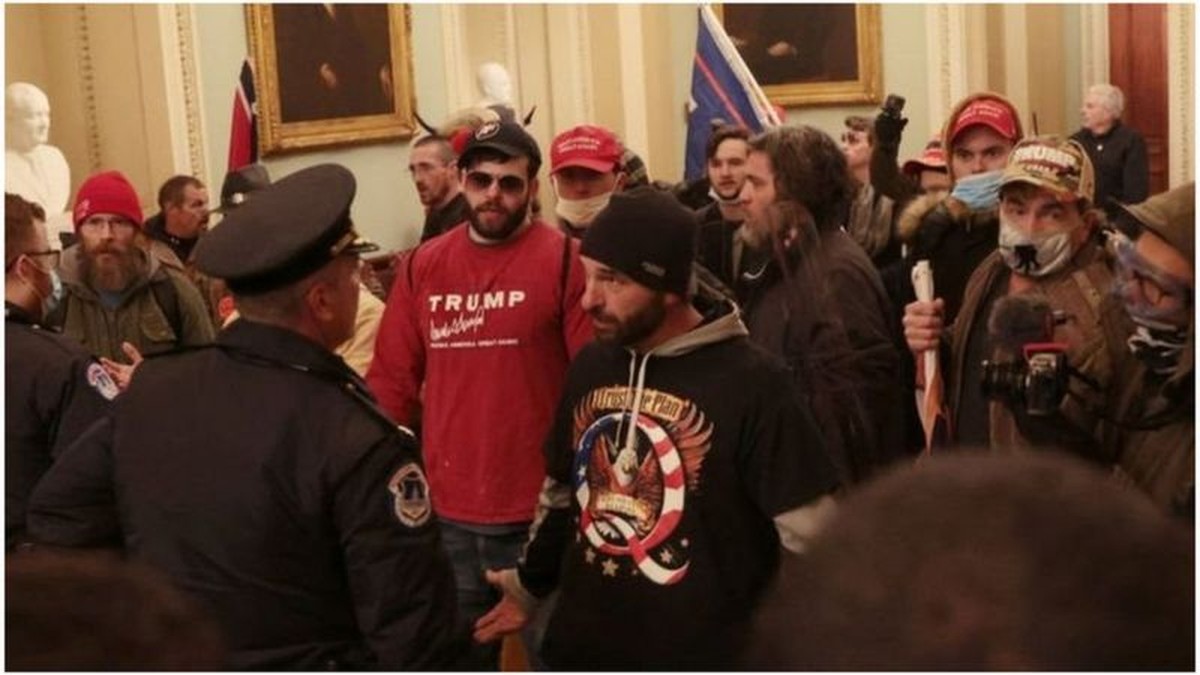 From ‘Pizzagate’ to QAnon, conspiracy theories can seem like a product of the modern world, pervasive by the ubiquitous nature of social media.

On December 4, 2016, Edgar Welch broke into a pizzeria outside Washington, USA, and opened fire. The attacker thought he would thus deter an alleged child prostitution ring linked to the then Democratic presidential candidate Hillary Clinton – one of many fake news that circulated at the time to affect her campaign.

‘Pizzagate’ shows that a wrong click can lead you into the mindless digital maze of conspiracy theories — but of course this isn’t a phenomenon unique to our times.

“Conspiracies have been around for as long as human beings have existed.. It’s a way of explaining the inexplicable,” says Kamy Akhavan, executive director of the Center for the Political Future at the University of Southern California (USC).

So can looking at the past help us understand the present?

“When I first started learning about QAnon (the conspiracy theory according to which former US President Donald Trump was waging a secret war against pedophiles and the ‘Deep State’), I was very surprised because it practically seemed like they were taking everything from one medieval book”, says Jay Rubenstein, director of the Center for the Premodern World at the same university.

“I didn’t set out to study conspiracy theories, but I think in the context of the last couple of years I’ve had to start thinking about them because it’s become clear to me that they can really affect the way the world works,” he adds.

“A conspiracy theory is the idea that a nefarious group is conspiring for a malicious purpose,” summarizes Anni Sternisko, a doctoral student at the School of Social Psychology at New York University in the US.

Conspiracy theories cover everything from subliminal messages in commercials to the moon landing.

But there is something that unites them…

1493 woodcut of Simon of Trent, an Italian boy whose death has been attributed to the leaders of the city’s Jewish community. — Photo: BBC

“It’s a simple narrative. There has to be a villain, who is hiding, doing all the evil without being seen. You have the victims, who are oppressed and poor and deserve our sympathy. And then you have the hero who will come and unmask. the villain”, explains Dan Edelstein, professor of French and History at Stanford University, USA.

In the Middle Ages, the greatest villain was the devil himself.

“The conspiracy theory that really started it all in the Middle Ages was anti-Judaism,” says Rubenstein.

“The belief was that the Jews were plotting to retake the Holy Land through a pact with the devil whereby they would sacrifice a Christian child every year at Passover until the devil returned Jerusalem to them.”

“Once this idea took root, it seemed to become almost a matter of habit to develop conspiratorial beliefs about how the world worked.”

Philip IV the Handsome presiding over a session of Parliament in 14th century France. — Photo: BBC

But there was one person who excelled like no one else in this art.

“The greatest and most intense conspiracy theorist of the Middle Ages was King Philip the Fair or Philip IV of France (1268-1314),” says Rubenstein.

“The conspiracy he is most associated with involved the Knights Templar, a Jerusalem-based order.”

“Their basic philosophy was that they would live like monks but fight like warriors. They would renounce property and family and live together in a community.”

“The Templars made money in abundance. They collected donations, built churches all over Europe, were so successful that they managed to manage the bank accounts of the kings of France.”

“But in 1307 Philip the Fair decided he needed to get rid of them, and he did so by creating his own conspiracy theory. He said they were involved in scandalous practices: sodomy, pederasty, Satan worship and witchcraft.”

“He sent guards all over France and, in a single night, arrested all the Templars.”

The Middle Ages came to an end, but the practice of using this multi-purpose weapon endured.

“Whenever there are moments of political or social unrest, there is an increase in conspiracy theories,” observes writer Sara Gorman, an expert on disinformation and denialism.

“Throughout history, conspiracy theories have similar elements and generally have to do with something that is happening at the moment that is difficult to explain or is quite uncertain, and you are trying to find an explanation.”

Distinguishing between true news and fake news requires information—and that was sometimes hard to come by.

“When talking about a historic event from the early modern or pre-modern era, it’s important to keep in mind that information was always scarce,” says Edelstein.

“Most of the time, people didn’t know what was going on. Often, they couldn’t tell if something was true or if it was just another rumor.”

“That’s why I think conspiracy theories are even more likely to emerge, particularly in these environments where information is scarce and where you have little means of deciding what information to trust.”

One of these moments was the French Revolution.

“Back then, they were everywhere,” says the Stanford professor.

“One of the most important groups during the French Revolution was the Jacobins, a club that originated in Paris in 1789, at the beginning of the revolution.”

“By 1792 he had come to be seen as one of the most radical wings of French revolutionaries, and he was very well represented in politics.”

“They were often the ones pushing for purges, to remove members of the Assembly.”

The Jacobins, like other revolutionaries of the time, resorted to conspiracy theories that linked their opponents to foreign governments and money, and to known counterrevolutionaries.

“They used this technique and perfected the strategy to delegitimize their rivals.”

“It’s one of the areas where the French Revolution is important, because that’s really when you start to see the modern conspiracy theory genre emerge.”

“There is an implicit feeling that the elite is corrupt. They do not reflect the true feelings of the people, and are even actively working against the interests of the people,” explains Edelstein.

“And charismatic leaders are often the ones who know best how to capitalize on this narrative.”

“When (Soviet leader Joseph) Stalin justified the failure of the attempt to nationalize grain in Ukraine — which led to a horrific famine in which some 3 million people died — he simply described it as an act of sabotage and blamed the Trotskyists.”

“It was easier for many in Russian political power and for ordinary people to believe because it came from Stalin himself.”

“There’s definitely something about who’s spreading the conspiracy that contributes to their success,” he concludes.

“People who develop conspiracy theories are great storytellers,” says Rubenstein. “They’re great at telling stories and gathering information in ways you’ve never seen and never thought of on your own.”

“And in doing so, it feels like they’re letting you into a secret world.”

In the 21st century, we added pizzerias to this list.

This text was originally published at https://www.bbc.com/portuguese/internacional-62295739 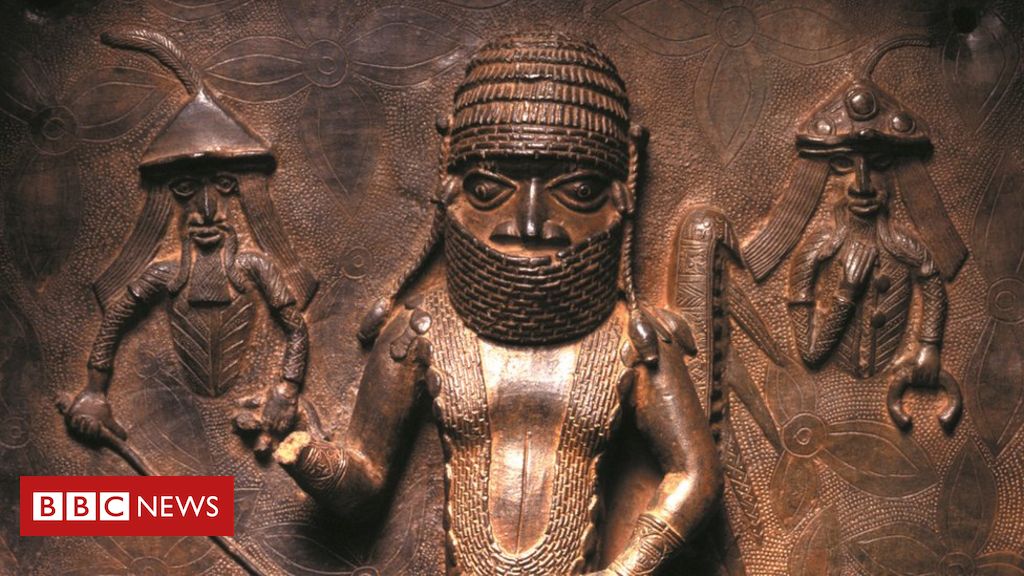