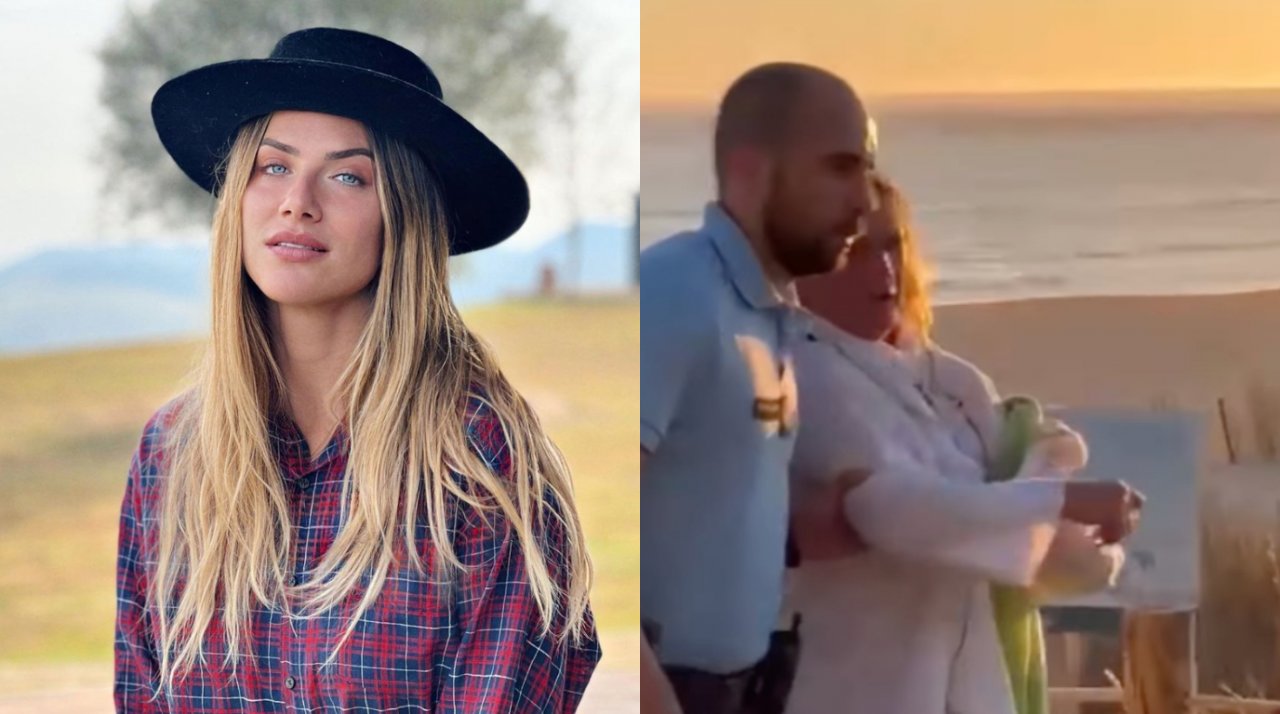 Woman who attacked children of Giovanna Ewbank and Bruno Gagliasso has already been released, says newspaper

Abhishek Pratap 1 week ago News Comments Off on Woman who attacked children of Giovanna Ewbank and Bruno Gagliasso has already been released, says newspaper 11 Views

This Saturday (30), the woman accused of committing racist attacks against the children of Giovanna Ewbank and Bruno Gagliasso, in Portugal, was arrested for offending agents of the National Republican Guard (GNR). However, according to information from the newspaper “Público”, she was intoxicated and has already been released by the authorities.

The case took place at the Clássico Beach Club restaurant, on Costa da Caparica, on the Portuguese coast, where the Brazilian family is on vacation. According to witnesses, the woman would have spoken to “get those filthy blacks out of there”referring to Titi and Bless, sons of Ewbank and Gagliasso.

In the video released by columnist Léo Dias, from Metrópoles, Giovanna was furious and appears arguing face to face with the woman. The actor is seen next to his wife, but without interfering in the argument.“Disgusting racist. Son of a bitch, that’s what you are. Horrible, ugly! Look at your face! I feel sorry for you. You deserve a punch, you deserve a punch in the face!”says Giovanna. Watch:

Later, a record released by columnist Lucas Pasin, from UOL, showed the moment when the woman was arrested, after committing a series of racist attacks. Also, according to Público, the National Republican Guard was activated by Bruno Gagliasso. The woman even swore at the police officers responsible for the incident. Guided by the authorities, she was removed from the restaurant where Giovanna Ewbank’s family was. In addition to Titi and Bless, Gio and Bruno are parents to little Zyan.

In a note, the presenter’s advice spoke about the case, confirming that the couple’s children were victims of racism. “We communicate that the children of the couple Giovanna Ewbank and Bruno Gagliasso were victims of racism at the Clássico Beach Club restaurant, in Costa da Caparica, Portugal, this Saturday, July 30th, where the family spends their holidays”says the note.

“A white woman, who was passing in front of the restaurant, deliberately cursed not only Títi and Bless, but also a family of Angolan tourists who were in the place – about 15 black people. The criminal asked them to leave the restaurant and return to Africa, among other absurdities uttered to children, such as ‘filthy blacks’”continued the representatives.

According to the statement, the couple intends to file a complaint against the woman: “We confirm, according to videos that are already circulating in Brazil, that Giovanna reacted and confronted the woman, while Bruno Gagliasso, her husband, called the police. The woman was escorted and arrested. We also inform you that Bruno Gagliasso and Giovanna Ewbank will formally file a complaint against the racist at the Portuguese police station”.

Food maven. Unapologetic travel fanatic. MCU's fan. Infuriatingly humble creator. Award-winning pop culture ninja.
Previous Flamengo has a profit of R$ 44 million in the second quarter, but warns of the need to sell | Flamengo
Next make these settings and avoid scams with the system