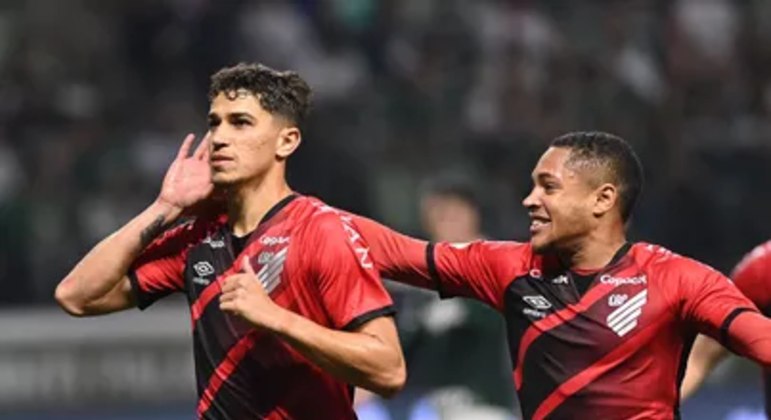 São Paulo showed, at Arena da Baixada, the worst defect that has irritated the fans, counselors and board. If it weren’t for Rogério Ceni as the coach, the charge would be very strong.

As much as he had reservations, Luiz Felipe Scolari’s Athletico did too.

The victory of the team from Paraná, by 1 to 0, goal by Vitor Bueno, in the penalty kick, was facilitated by the comfortable posture of the São Paulo team.

Felipão’s team reached three months without defeat in their stadium. And fourth place in the Brazilian. And Ceni’s club drops to tenth position.


The unbelievable thing was that the São Paulo coach had assured that he was not happy with the score in the first round. His team won just 26 points out of a possible 57, in the 19 matches they played.

He said, obviously, that this score was not a guarantee of classification for the 2023 Libertadores, the club’s goal for the season.

It was clear to imagine that the coach, even with the important confrontation against Ceará, on Wednesday (3), for the first match of the quarters of the Copa do Brasil, would assemble a competitive team against Athletico. That he would do his best at least to score, fight for a draw or a victory, at Arena da Baixada.

After all, Felipão’s team will face Estudiantes, on Thursday (4), for the first match of the Libertadores quarterfinals. That is, he would also have to spare athletes.

The confrontation, in theory, would be equal. With coaches improvising teams far from ideal, due to the chaotic calendar of Brazilian football.


From the beginning of the game, however, Athletico took the initiative in the game. He had attitude, posture, vibe. He wanted victory and did not fear São Paulo. Rogério Ceni’s tactical plan was confused, aimless, without intensity. Apathetic team, lost, that did not defend itself efficiently, nor, even less, had minimal organization to seek counterattacks.

Rogério Ceni did not hide that he had “assembled” his team without Calleri and Igor Gomes, only to draw 0-0. There was no greater ambition.

The tackles and the fight for the ball in the intermediates were from Felipão’s team. If Athletico had more talented players in the construction of offensive plays, everything would be worse for São Paulo. His player with the biggest repertoire, Vitor Roque, was boxed in the São Paulo defense. Huge waste.


Athletico pressed from the start of the first half. He even scored, with Canobbio, in the 20th minute, after a kick by Vitor Bueno on Felipe Alves’ post. But VAR saved the referee, Vitor Roque, who fixed it for Vitor Bueno, had his foot in front of the defense. Off-side.

São Paulo only managed a good offensive move in the first half. The Argentine Galoppo received an unlikely pass from Talles Costa. The Athletic defense gave space, but the attacking midfielder missed the pass and, free, kicked very weakly. He delayed the ball to the great goalkeeper Bento.

In the second half, the expectation was that Rogério Ceni would not have the courage to continue with his disinterested, poorly organized team, accepting Athetico’s dominance. The coach decided to change the scheme. He took the midfielder Talles Costa and put the defender / side Léo Pelé.


His team started to play with four, four in the middle, and two in the attack.

Calleri and Igor Gomes would also be part of the game, replacing Luizão and Rodriguinho.

But those who expected the attacking team were disappointed.

Felipão kept to his scheme. 4-3-3, a lot of movement, running, space filling. And strong marking on the ball out of São Paulo. I wanted to win, get the three points.

Fate played with São Paulo. At five minutes, the experienced Felipe Alves, who was hired to take the place of the young and flustered Thiago Couto, who did not have the confidence of the technical commission and the board, committed a child penalty. And just like what the young goalkeeper had done against América Mineiro on Thursday.

Felipe Alves, when receiving a ball late, instead of kicking it away, at first, wanted to dominate it. He missed and Vitor Roque, smart, arrived faster than the goalkeeper, who hit the kick on the athletican striker. Child penalty by the 34-year-old goalkeeper.

But behold, it looked like a repeated movie. Just as defender Iago Maidana showed where he would take the kick, Thiago Heleno, too. Even charging hard, it was not difficult for Felipe Alves to defend with his knee.

The move, at eight minutes, would cheer up, give confidence, give energy to any team in the world. Except the somnambulist São Paulo by Rogério Ceni. The athletic pressure continued. And the obvious happened.

The pressure resulted in another penalty. This time from Moreira in Canobbio. The left-back did not realize he was in the area.

This time, Vitor Bueno went for the kick. And he hit hard, displacing Felipe Alves.

Only then did Rogério Ceni send his team forward, try to play, try to score.

But Felipão reinforced the marking, did not give space to the São Paulo team, which had wasted 70 minutes of the match, dreaming of 0-0.

In the end, led by Fernandinho, who had a great participation in the game, Athletico deserved the victory.

The São Paulo, aimlessly, of Ceni, lost another one in the Brazilian.

The tactical plan for today was disastrous at Arena da Baixada.

If it were, for example, Hernán Crespo, the criticism would be heavy.

The Argentine would be pressured, questioned.

But, as the coach is Rogério Ceni, the best thing is to pretend that everything is fine at Morumbi.


Só Foton: check out the best photos of the week in the sport