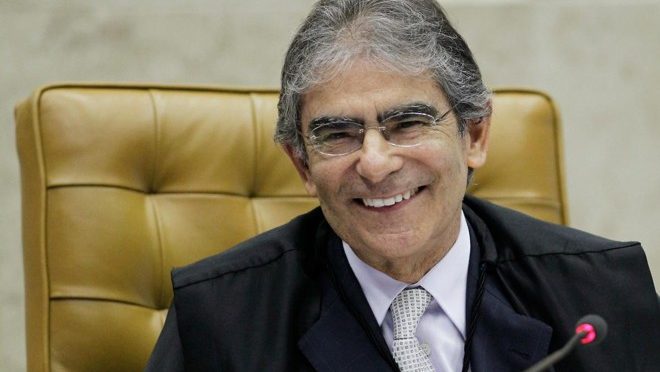 Why Ayres Britto is wrong about the supremacy of the STF

On the 17th of July of this year, Carlos Ayres Britto did the following Publication on your personal Twitter account:

Well, first of all, if you’re young, it’s time to explain who Carlos Ayres Britto is. Born in Sergipe and born in 1942, he was Minister of the STF between 2003 and 2012. Before occupying a seat on the Court, Britto militated in the PT for 18 years, having even disputed a seat in the Chamber of Deputies in 1990, but without success.

Returning to the post that we would like to critically analyze, in it the former minister seems to insinuate that the STF would occupy a superior hierarchical position in relation to the other powershaving a supremacy about them.

Would this statement be correct? by no means.

The term supreme in the name of the Court does not refer to its relationship with the other Powers of the Republicbut only indicates your status within the Judiciary. In other words, it takes care of supremacy only over the other courts and judges, since it functions as the highest body of Justice.

Indeed, the expression Supreme Court has a technical meaning, which is opposed to that of Constitutional Court. The “Supreme Court” model is in force in countries where any body of the Judiciary can carry out judicial review – the so-called diffuse model -, as in Brazil. In this case, there is a Court that, occupying the apex of the jurisdictional chain, analyzes such questions in the last instance and, therefore, is called supreme. On the other hand, in systems where there is only the so-called concentrated control, the control of constitutionality is in charge of a body alien to the appeal hierarchy of judges and ordinary courts: they are the Constitutional Courts. Roughly speaking, they are not “supreme” because they are unique organs of their kind. There are no bodies below it with jurisdiction over the same type of issue, which would reach it through appeals.

Note that for this reason there would also be no point in calling the Chamber of Deputies, the Senate or the President “Supreme”, since there is no body of the same kind, submitted to them by appeal. There is only one President, one House and one Senate. However, there are several courts, one of them – the highest – supreme in relation to the others.

The prototype of diffuse control is a judicial system in which multiple courts apply all sources of law, including constitutional lawto resolve disputes duly presented to them. Courts are normally organized in a hierarchy, in which the supreme court has the final say. on the meaning and application of the constitution. In the rest of the Judiciary, the decisions of the higher courts, including, essentially, the supreme court, bind the lower courts through a doctrine of precedent. Examples include the Supreme Courts of the United Kingdom, United States, Canada and India and the Supreme Court of Australia.” (p. 417)

As can be seen, the nomenclature chosen by the constituent legislator does not place the STF above the other powers, but only as a top body of the Judiciary Power itself; superior, therefore, only to the other courts and judges in the country.

It should be noted that It’s not just a matter of nomenclature.. We are not facing a Byzantine discussion.

The position expressed by the former minister is based on a theory of jurisprudence and therefore undemocratic.

In fact, eventual Judicial Supremacy over the other powers – which have members elected by the people in universal suffrage and subject to periodic political accountability before the polls – would reveal itself in an aristocratic government exercised by judges. It should be noted that judges are not elected, but appointed by certain political groups. Thus, to the extent that such magistrates can to rule, such government simply becomes the way in which the group to which they are linked perpetuates itself in power. Ie, judicial supremacy turns into elitist jurisprudence. This phenomenon is noticeable in several countries.

Canadian jurist Ran Hirschl, in the work Towards Juristocracy (“Towards Juristocracy”) presents a grim example of this phenomenon. First, he notes that the increase in the power of the Courts through constitutional expansion takes place through the action of three key groups: political elites who see themselves threatened and seek to isolate their preferences from the political process, constitutionalizing them; economic elites that seek to constitutionalize the rights that benefit them; and – finally, the one that interests us most here –, Judicial elites and Supreme Courts, who seek to increase their political influence and international reputation. Then, to support his hypothesis, he cites the South Africa case. Hirschl argues that, while the apartheid, the white minority believed that they could trust the majority process, at which time the Supremacy of Parliament prevailed. When that regime was no longer viable through the political mechanism, the same white minority would have “converted” to constitutionalism, using it as an instrument to preserve privileges.

It should be noted that the Brazilian constitutional model does not follow an objectionable and authoritarian judicial supremacy. Our supremacy is constitutional. in it, the powers must be independent and harmoniousand all contribute to revealing the meaning of the Constitutionthrough constitutional and institutional dialogues. The population also participates in these dialogues directly in a variety of ways.

These dialogic phenomena occur in different ways: the reaction of the population to judicial decisions, qualified intellectual criticism, pressure on Parliament to legislate on a topic reversing a decision of the STF (for example, as in the famous case of the vaquejada), the classic mechanisms of checks and balances between the powers, etc.

It is important that the reader is, therefore, always attentive to messages that seek – albeit surreptitiously – to inoculate mistaken ideas about our constitutionalism. I remember here the words with which, about ten years ago, the jurist Spanish Juan Garcia Amadoprofessor of Philosophy of Law at the Universidad de León:

We need to get back to politics. And if to do so it is necessary to throw in the river or to throw half a dozen activist magistrates or neoconstitutionalist professors into the sea, that is what we must do. Then this is what is expected of those who truly value democracy: to defend it from its enemies.

Guaranho is accused of the double qualified murder of PT. The policeman was released from …