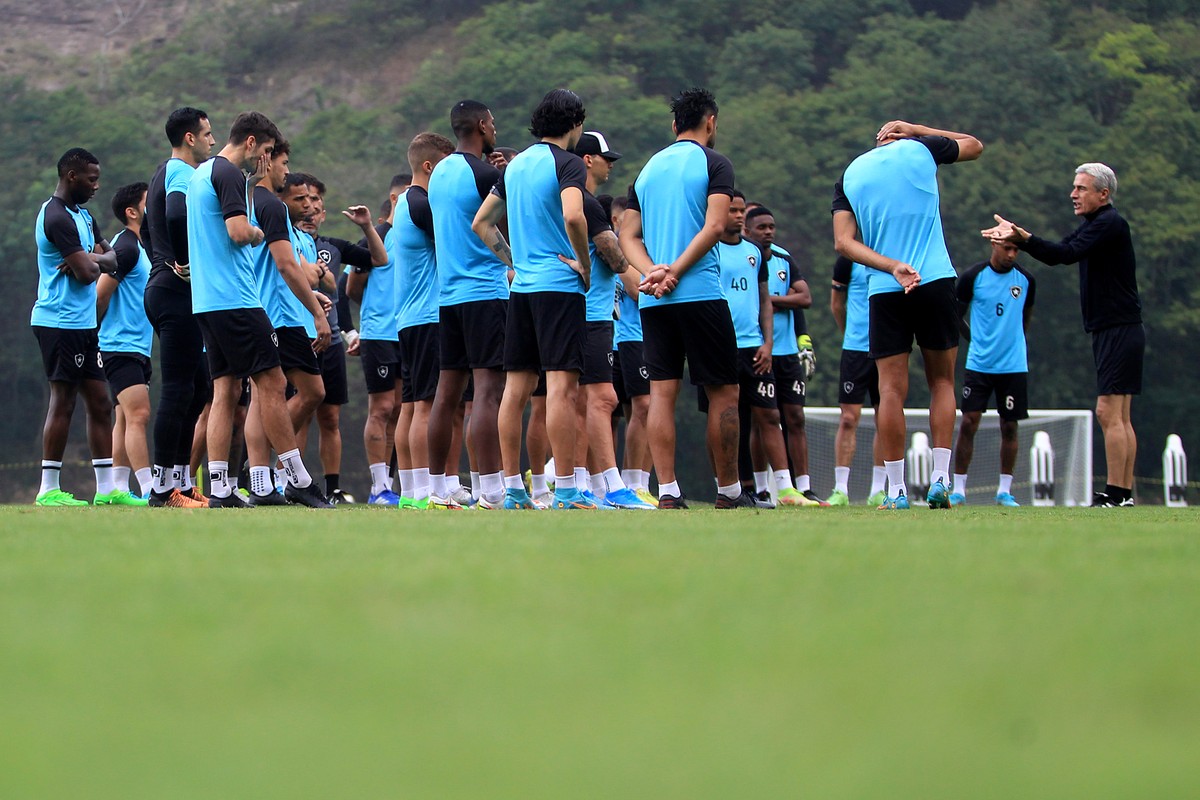 Abhishek Pratap 1 week ago Sports Comments Off on Virus outbreak in Botafogo affects around 10 players; two are hospitalized | botafogo 3 Views

The outbreak of gastrointestinal virus reported by Botafogo this Tuesday afternoon has already reached approximately 10 players, according to the ge. The club’s official statement confirmed that about 10 people, including athletes and members of the coaching staff, were contaminated.

+ Botafogo advances in conversations with Danilo Barbosa and Tiquinho Soares

Symptoms – which in most cases include abdominal pain, vomiting, nausea, and diarrhea – range from moderate to severe, so there are varying degrees of concern. Midfielder Eduardo, who was out of the match against Corinthians on Saturday, and left-back Hugo were hospitalized to undergo tests and receive medication, but there was no need for them to be hospitalized.

This Tuesday, Eduardo already felt able to train and joined the rest of the group. Hugo, on the other hand, continued to recover, as did Saravia, who also reported having suffered symptoms. The two did not participate in the training.

+ Cuesta trains wearing a mask at Botafogo at Lonier

Other athletes reported milder symptoms, but felt able to participate in training and worked normally, such as Rafael, Lucas Fernandes and Adryelson.

The left-back, who left the match against Corinthians in the 12th minute of the first half, also reported some symptoms of the gastrointestinal virus. He was out of training this Tuesday, as he is recovering from a slight injury to his right thigh and should miss the team next Saturday, against Ceará, at Nilton Santos.

It is still too early to say whether the casualties caused by the virus will have an impact on the next duel. For now, Luís Castro has no confirmed casualties, in addition to those who were already in the medical department (Breno, Kayque and Gustavo Sauer). In transition and still without a defined situation, are Carlinhos, Victor Sá and Diego Gonçalves. Training with a protective mask, Victor Cuesta can be linked again after a fracture in the face.

About ten professionals from the Football Department, including athletes and members of the coaching staff, were affected by an outbreak of gastrointestinal virus and had their activities impacted this week. The Club is making every effort and care for everyone’s full recovery as soon as possible.