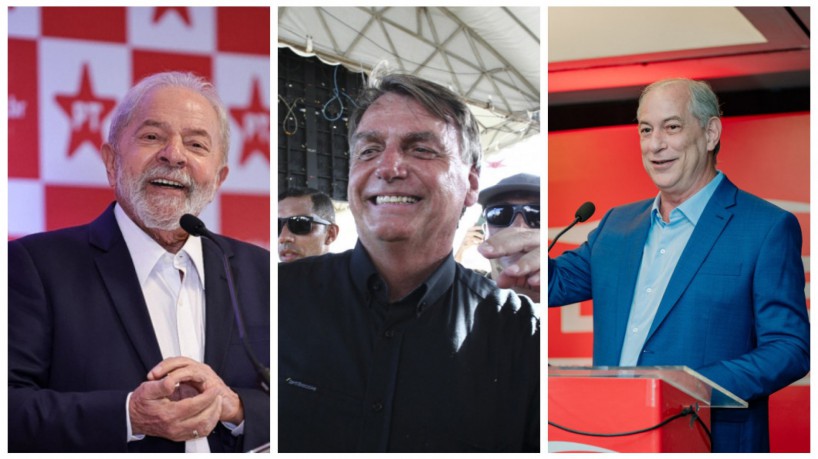 Ipespe poll for the Government of Ceará brings ex-president Luiz Inácio Lula da Silva (PT) with 55% of the voting intentions. Jair Bolsonaro (PL) has 20%. Ciro Gomes (PDT) appears with 11%. The research was contracted by O POVO.

*Withdrawn application
In the stimulated the names of Felipe D’Avila, Leonardo Péricles, Luciano Bivar, Pablo Marçal and Sofia Manzano
were on the list but were not mentioned by the interviewees

Percentages that do not add up to 100% are due to rounding.

The maximum estimated margin of error is plus or minus 3.2 percentage points, with a confidence interval of 95.5%. The survey was conducted from July 30 to August 2. Ipespe heard a thousand people aged 16 and over in all regions of Ceará, by telephone, via the Cati Ipespe system. The survey was contracted by O POVO and is registered with the Superior Electoral Court (TSE) under the numbers BR-03845/2022 and CE-01693/2022.

In the spontaneous poll, Lula has 50%, Bolsonaro 18% and Ciro 8%. In this modality, the voter indicates who he intends to vote for without seeing the list with the names of the candidates.

The POVO released this Thursday the numbers of the survey for the Government of Ceará and the Senate.

The survey is carried out by the Institute for Social, Political and Economic Research (Ipespe). With 36 years of experience, Ipespe has as president of the Scientific Council Antonio Lavareda. He holds a PhD in Political Science and was coordinator or consultant in 91 major electoral campaigns in Brazil and also worked in Portugal and Bolivia.

“The vote of the people of Ceará, the electoral campaign, the relationship between the national dispute and the state election, all this and much more will be monitored by Ipespe polls, which will be released for the first time this Thursday,” said Lavareda.

Ipespe has already carried out thousands of electoral, market and social public opinion surveys for the public sector, private sector, universities, non-governmental organizations (NGOs) and civil society. The institute conducts qualitative, quantitative face-to-face and telephone research, tracking, ethnographic research, market geography studies, censuses, web and mobile surveys and applied neuroscience studies. He has been conducting telephone surveys since 1993 — he was the first to perform telephone tracking in an election campaign.

POVO+, the multi-streaming platform for Journalism and Education in THE PEOPLE, provides the Voting Intention Survey Aggregator. The tool provides an accurate and broad understanding of the electoral process, with its nuances and trends.

The project was developed by DATADOC, the data center of the THE PEOPLE.

It premiered this Wednesday, 3, the new O POVO Newsletter. It starts to be aired at a new time, in the early morning.

The format has also changed. In place of some news topics, there is an analytical text that makes the connection between the main facts of the day, with an emphasis on politics and also on economics and issues that affect society. The Newsletter is free of charge and is sent to subscribers’ email from Monday to Friday.

In addition to the Newsletter with general news, with an emphasis on politics, economy and society, it is possible to subscribe, at the same link, to the Sports Newsletters, one for Ceará and another for Fortaleza.