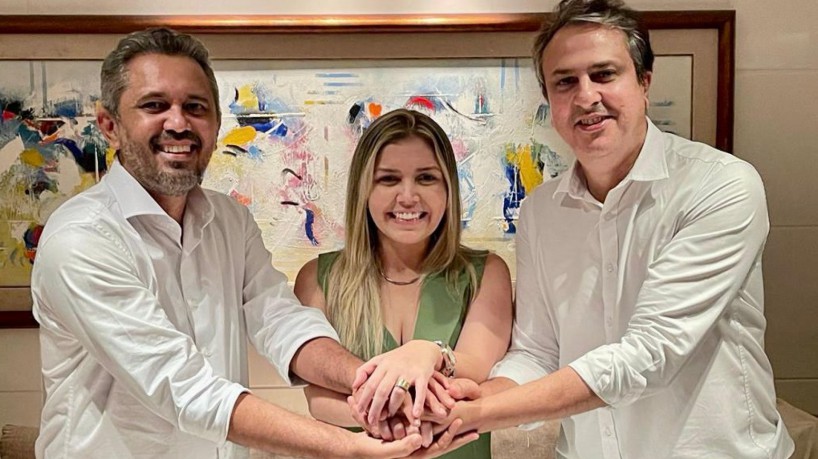 Physiotherapist Renata Almeida (MDB) reported that she gave up running for vice-governor on the ticket of Elmano Freitas (PT). She published the decision on social media hours after being announced as a member of the ticket.

She justified the decision by having been the target of a “series of attacks” on social media, with fake news against family honor. “I’m very sorry, but in order to protect my children and my family, my decision to leave is final.”

She says she continues to defend the candidacies of Elmano, Camilo Santana (PT) for senator and Lula (PT) for president.

Renata’s running mate for a brief interval, Elmano expressed solidarity and said that the new name for vice is under discussion. “Solidarity to Renata Almeida in the face of attacks suffered by her and her family on social media, and respect for her personal decision to leave the dispute. social networks.

Candidate for senator and former governor Camilo Santana posted on social media: “We respect Renata Almeida’s personal decision to leave the vice race and we offer solidarity for the attacks she suffered along with her family on social media. The project remains firm. struggle is for an increasingly fair and solidary Ceará, free from intolerance and hatred.”

She posted a message on social media with the decision:

“In view of the series of attacks I have received on social media since the moment my name was announced as a pre-candidate for the Government, with many Fake News that hit my honor and my family hard, I decide to renounce my candidacy. I understand that politics should be used to promote good and unity, and never to harm people and try to destroy reputations on the part of opponents.I’m very sorry, but to protect my children and my family, my decision to leave is definitive.