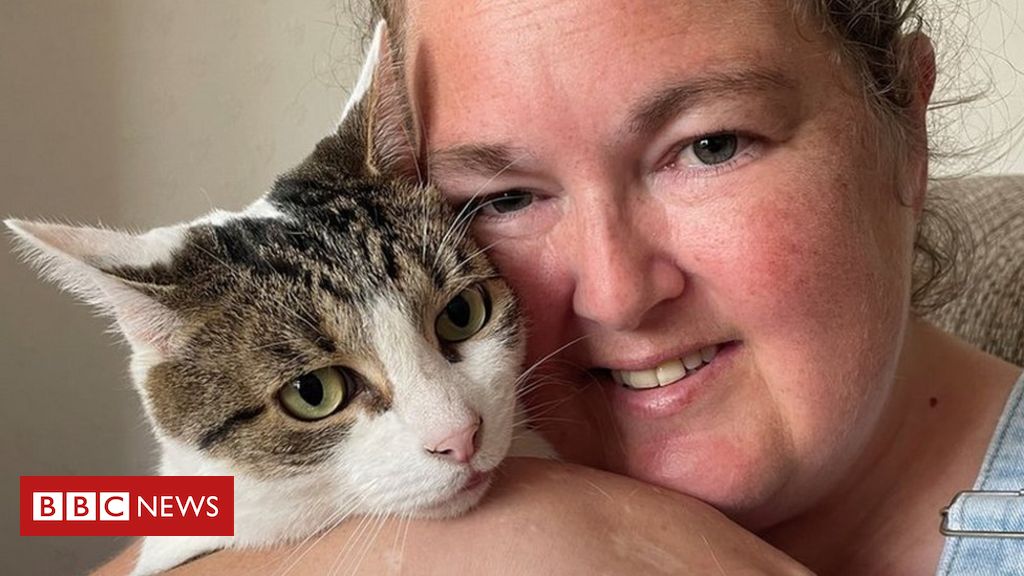 Abhishek Pratap August 18, 2022 News Comments Off on ‘My cat saved my life when I had a heart attack’ 4 Views

A British woman believes her cat saved her life by waking her up while she was having a heart attack.

Sam Felstead claims she could have died in her sleep if Billy hadn’t jumped on her and started meowing.

As soon as she woke up, she realized that she couldn’t move the right side of her body. Her mother then took her to the hospital.

Two experts in feline behavior explained to the BBC that Billy may have reacted to changes in Felstead’s behavior or physiology.

“Doctors said it was important to get to the hospital early,” said Felstead, who lives in Nottinghamshire, in central England.

“He [Billy] he doesn’t normally sit with me, but he knew something was wrong because he wouldn’t leave me alone. I think he saved my life as well as everyone around me.”

Lucy Hoile, an expert in feline behavior, believes Billy may have noticed changes in Felstead’s behavior or physiology, which made him anxious.

“It could be that the fact that he jumps on top of her and meows is a sign of his anxiety,” she said.

“I believe he probably saved her life because that’s what allowed her to get medical help, but I wouldn’t say he did it ‘knowing about the heart attack’. It was a reaction to the situation.”

‘He was very smart’

Hoile said Billy may have noticed that Felstead was sweating more than usual, moving differently, making noises, getting restless in his sleep, or even noticed a change in his scent.

“I was wet with sweat, so maybe that’s what he felt,” Felstead said.

“He was very smart, God bless him. He wanted to be by my side all the time. Usually he sits next to my mom all the time, he’s not interested in me. He loves my mom and gives her a lot of love.” .”

Linda Ryan, a certified clinical animal behavior specialist for cats, said Felstead could be behaving in a way that was interesting or distressing to Billy.

“It could be that the cat was scared or distressed. The movements or spasms were attracting his attention, because cats are stimulated by movement,” she said.

“It’s likely that this has to do with behavior change, I imagine. Cats don’t have the same social behaviors as social species like dogs, horses or rabbits, as they are more solitary by nature.”

“While it’s easy to believe this was an act of altruism, correlation doesn’t necessarily imply causation, so it’s unlikely he was deliberately saving the owner’s life.”

Felstead was hospitalized between August 8 and 11. She had an angioplasty, a minimally invasive surgical procedure to combat clogged arteries that carry blood flow to the heart. The Brit will also need to take heart medication from now on.

“When I left the hospital, he [o gato] did not approach me for hours. I don’t know if I smelled weird from the hospital,” she said.

She feels “very grateful” for Billy, but claims he is apparently indifferent to her.

“I don’t think he has the slightest idea what happened,” she said.