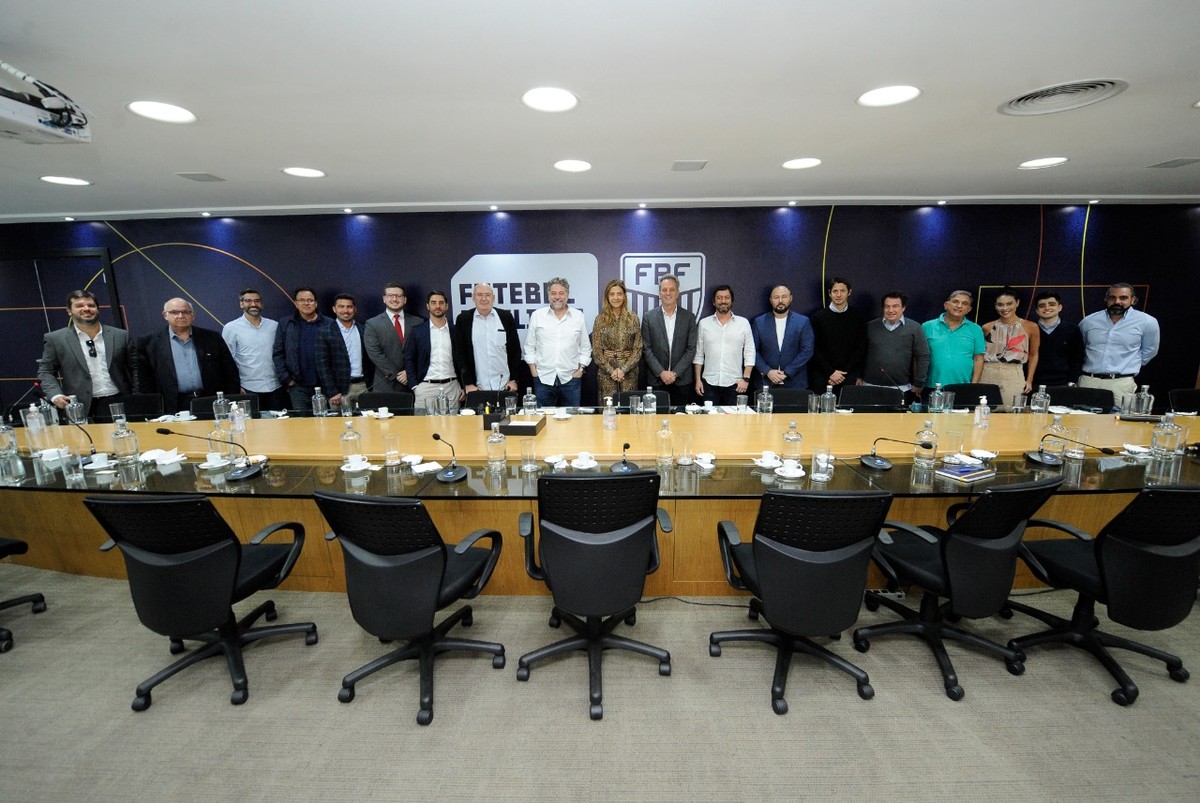 Abhishek Pratap 3 weeks ago Sports Comments Off on In separate race by investor, Libra and LFF advance in revenue-sharing calculation | sport business 4 Views

While seeking understanding in technical meetings – there have been three, the last one on Tuesday afternoon -, the Liga Forte Futebol do Brasil (LFF) and the Liga do Futebol Brasileiro (Libra) are separately looking for investors.

Libra has been on the market for some time with BTG Pactual’s dialogue, and LFF, on Tuesday, announced XP’s investment bank as the only interlocutor for its 25 members. The schedule of the two is similar: the expectation is to have a real proposal in hand, not for a block, but for the whole, by the end of September.

Consensus between the two parties does not yet exist, but it has been more distant. Tuesday’s meeting was more productive than the previous ones, lasting four and a half hours, and served to let the sides lower their guard to work together on a single database. Executives from Alvarez & Marsal and Livemode, who support the LFF, and from Libra, which has had interim directors for a few months and is supported by Codajas Sports Kapital, participated.

The result was the funneling into three or four scenarios of calculations for the apportionment of revenues, the main obstacle to an overall agreement. They will be included in a material that will be distributed next week to the members of the two blocks.

The model with 45% of revenue distributed equally, 30% proportional to sports performance, and 25% linked to criteria still under negotiation such as audience, engagement and average audience in the stadium, seems to have been established.

The question now is precisely to define how to adjust this last variable of 25%, so that in the end the account does not allow the first in line to receive more than 3.5 times what the last one will receive. The LFF advocates that this variable be measured by audience only, and there isn’t much resistance to this suggestion from across the table. The big question is deciding what criteria would be used to measure that audience across different platforms and how they would be applied to the equation.

Formalized months before the LFF, Libra has among its members most of the country’s most popular clubs — Photo: Disclosure

The scenarios to be presented to clubs will provide specific simulations on this issue, showing how the account can vary up or down if the criterion is audience only, or if it includes engagement and average audience. The decision will be up to the clubs.

In addition to the 3.5-fold difference, there are other demands already made by the LFF for Libra appreciation, such as 20% of the league’s total revenue destined for Serie B clubs. There is also a proposal to create a minimum guarantee fund, such as ensure that none of the members receive less than what was collected with the Brasileiro in 2022 in the first three years of the new league.

Banks are racing the market

On another front, XP and BTG compete in a limited universe of investors capable of investing the size that a league that will organize the Brazilian Championship requires. Both sides show potential investors scenarios including the 40 clubs, not just the separate blocks. The idea, for both XP and BTG, is to put a proposal on the table that can be attractive to all clubs.

Presidents who lead the LFF explain demands at an event in which XP was announced as a partner in the search for an investor — Photo: José Edgar de Matos

XP intends to establish with the investor minimum conditions for the contribution to be made, and from there to take these conditions for appreciation by the clubs. An inverse path that, in theory, for the company, could make the debate more objective.

BTG, which has been working with Libra since May, has been presenting and advising investors on the potential for the sale of a league with 40 clubs, properties that can be explored and other issues that they deem to be decisive to give security to those who are going to put money in the enterprise. And he believes he is more advanced in the process.

LFF presented its proposals at an event on Tuesday — Photo: Reproduction

While BTG has previously started the relationship with investors specifically for Libra and a possible consensus league, XP considers that it can quickly reach an agreement as it already has investors mapped due to other projects, such as, for example, the search for investments in SAFs.

XP is in the process of producing presentation materials and needs to race to meet its goal of matching BTG’s schedule and bringing a robust proposal to the table by the end of this month.

The company was officially announced as a partner of the LFF last Tuesday, amid more technical negotiations, and the move even caused discomfort on the other side, which was already in the market with BTG. That’s because, according to estimates by people involved in the process, there are less than 30 investors in Brazil with the capacity – not to mention interest – to make the necessary investment.

A factor that still contributes to the pressure is the delay in agreeing the sale of the broadcasting rights for Series B for 2023 – the current contract ends this year, while the current agreement for Series A runs until 2024. The clubs took over the negotiations in the beginning of the year, but they encountered difficulties and asked the CBF to resume negotiations at the end of the first semester.

The proposals heard so far do not match the current contract and, therefore, no agreement has yet been reached. The money is an important part of the budget of several clubs that make up the LFF.

Tuesday’s event served to mark a position, to show an organized bloc that, until then, remained silent most of the time for fear of harming conversations with Libra. With the slow pace and growing discontent among its members, LFF also decided to go to market with XP and adopt a new communication strategy.

In practice, the sale of the league as a whole, with negotiation of “naming rights” and other properties, should only happen even when a consensus is formed in a single association with the 40 clubs of Série A and B do Brasileiro.

The hypothesis that the two blocks will only negotiate the sale of their transmission rights independently, according to the criteria of the Mandate Law, is not completely ruled out. But it is a scenario that neither side considers ideal, nor likely.