the most bizarre requests from artists at the festival

All artists who go to Rock in Rio are entitled to make special requests — and many unusual ones — for the festival’s production. Professionals seek to serve you promptly, ensuring a good reception and a comfortable environment for your presentations to take place in the best possible way.

The likes of Prince, Elton John and Justin Bieber have had bizarre desires granted in their dressing rooms that range from a specific slew of towels to a tub of ice.

Check out below some of the requirements of the artists who splash gathered and that were made by them for the production of the Rio festival.

The 400 towels for Prince

Prince’s only visit to Brazil for two shows at the second edition of Rock in Rio, in 1991, was not only marked by his millionaire cachet worth US$ 1.5 million, at the time around 300 million cruzeiros. The total represents more than R$ 22.3 million in values ​​corrected by the citizen calculator of the Central Bank of Brazil by the dollar exchange rate in July.

The singer demanded a huge amount of towels: “In the first edition, I learned by hard work to deal with bizarre requests. Prince demanded 400 white towels and only used thirty”, said the creator of the festival Roberto Medina in an interview with Veja magazine last year. .

The one who went after the huge number of towels was Amin Khader, the festival’s backstage producer in 1985, 1991 and 2001, who improvised. “I went to all the motels in Barra da Tijuca and got all the [toalhas] of motels. And the guy threw those towels into the audience! Each towel of that one cost 50 cruzeiros. At the time, it was a fortune! And I see those towels flying,” he recalled.

In 2019, it was the Foo Fighters’ turn to order a huge amount of towels, almost beating Prince’s record: in all, 350 white towels were requested. According to Rolling Stone Brasil, the band also asked for a feast with vegan, Korean and Mexican options, as well as an area for the musicians’ family.

12 dressing rooms for the band

Today’s headline, Guns N’ Roses will mark its fifth presence at Rock in Rio and, this time, the group made a special request, in addition to accompanying previous artists requesting towels.

The band members demanded 12 dressing rooms decorated with red and white roses, two masseuses and also 250 towels – this time the color was not specified by the websites that reported these requests.

Axl and the nine matching jeans

Veterans of Rock in Rio, the members of Guns N’ Roses didn’t just perform at the festival in Brazil, where they’ve already caused a lot. Its vocalist, Axl Rose, has already worked in Rio de Janeiro and also in Portugal, at Rock in Rio Lisboa.

“No one beats Axl Rose [em exigências], which gave work here and in Portugal. In 1991, at Maracanã, an employee of the Guns N’ Roses team was involved in a fight with a person from Rede Globo. The confusion lasted the whole day and Axl said that he would only have a show when they gave him the tape with the images of the alteration”, said Roberto Medina.

“The crisis ended half an hour before he took the stage: a person from the band went to Globo and saw the images being erased”, recalled the manager.

In Portugal, the confusion now turned to the pants that the singer was going to wear, as he wanted one in particular: “In Lisbon, Axl took nine identical jeans and decided that he would only perform with the one he had forgotten on the plane. We send for it, of course.”

A noodle with Axl?

All the beef with the band in 1991 and demands were not enough for the Guns N’ Roses frontman, who at the time still ordered – nothing more, nothing less – than 28 plates of fettuccine. However, when the show was over, all the musicians and crew left without touching their plates. Axl Rose didn’t pretend to be asked and sent Amin Khader to provide a meal for those who worked behind the scenes.

“I called my team, janitors, security guards and set up a huge table. I thought: ‘Look at that humble guy’. Then Roberto Medina passes by. [idealizador do festival]. It felt like a big party, with wines on the table. I spoke to him: ‘The Axl you invited. So Roberto ate pasta with everyone until dawn. I thought it was a fantastic attitude,” Khader said.

When Rock in Rio returned to Brazil in 2011, Elton John asked that his dressing room be decorated with exactly 32 roses, but with a specific characteristic: they had to be the same size. “Elton John wanted roses with stems measuring exactly 14 centimeters in the dressing room,” Medina told Veja.

At the time, Veja Rio also reported that the British singer was not so picky about food, asking only for a salad and for drinks he suggested French red wine labels that cost US$ 200 dollars a bottle, almost R$ 1 thousand in corrected values. , and also distilled water.

How about two trees?

That’s what the Red Hot Chilli Peppers crew demanded when they came to the festival in 2011. And it wasn’t just two decorative trees to stand in the corner of the dressing room, but two very tall trees. Everything to compose a “more zen” atmosphere behind the scenes, requested by the band members themselves.

Led by Anthony Kiedis, the quartet also asked that there be no furniture in the dressing room with material of animal origin. Anthony had embraced vegan food years before.

While his performance in Brazil was still uncertain with his arrival in Rio de Janeiro just four hours before the rescheduled time for his show, Justin Bieber had already made demands for the production when he was in the City of Rock. Justin asked to have 12 rooms for his team and also a bathtub with 80 kg of ice.

Until the day of the performance, it was not known whether the bathtub would be used before or after the show. Counting that he arrived at the event by helicopter at 22:40, he probably enjoyed the cold shower after delivering his show, using a technique called “cryotherapy”, used by athletes, celebrities and anyone who wants to relieve stress and fight pain after exposure to low temperature. . However, these benefits are not a consensus among members of the scientific community.

No yellow for Rihanna

Despite using the color in some of the events in which she appears, Rihanna would have asked, upon arrival in 2011, that she not have any of the color yellow in her dressing room. According to El País Brasil, Rihanna can’t stand the color, and she is so contemptuous of it that she asks on all her tours that they remove every element of that shade in her dressing room.

For the 2011 presentation, she also reportedly required eight bottles of international vodka, five pizzas, chicken drumsticks ordered in advance of production, a table, chair and makeup mirror. She was also at Rock in Rio in 2015, when, this time, she took her own chef and asked for more privacy.

Organic material and no air conditioning

Too cold in Rio de Janeiro in early spring? Well, Chris Martin and his bandmates may not have considered the Rio de Janeiro factor when they demanded that the air conditioning be always off in their dressing room in 2011. They also asked that the dressing room furniture be made from organic material, showing concern. environmental.

It so happens that on the day of their presentation, on Saturday, October 1st, Inmet (National Institute of Meteorology) recorded an incredible 37.5ºC in the capital of Rio de Janeiro. Did they ask for the air conditioners to be turned on after this heat?

Returning to the City of Rock this year with a presentation next Saturday (10), the demand of the time was due to a separate kitchen especially for the group — not only them, Green Day too, as they only eat what is prepared by cooks reliable.

According to the newspaper O Globo, the festival even provides an assistant to help chefs buy ingredients the day before their presentations. 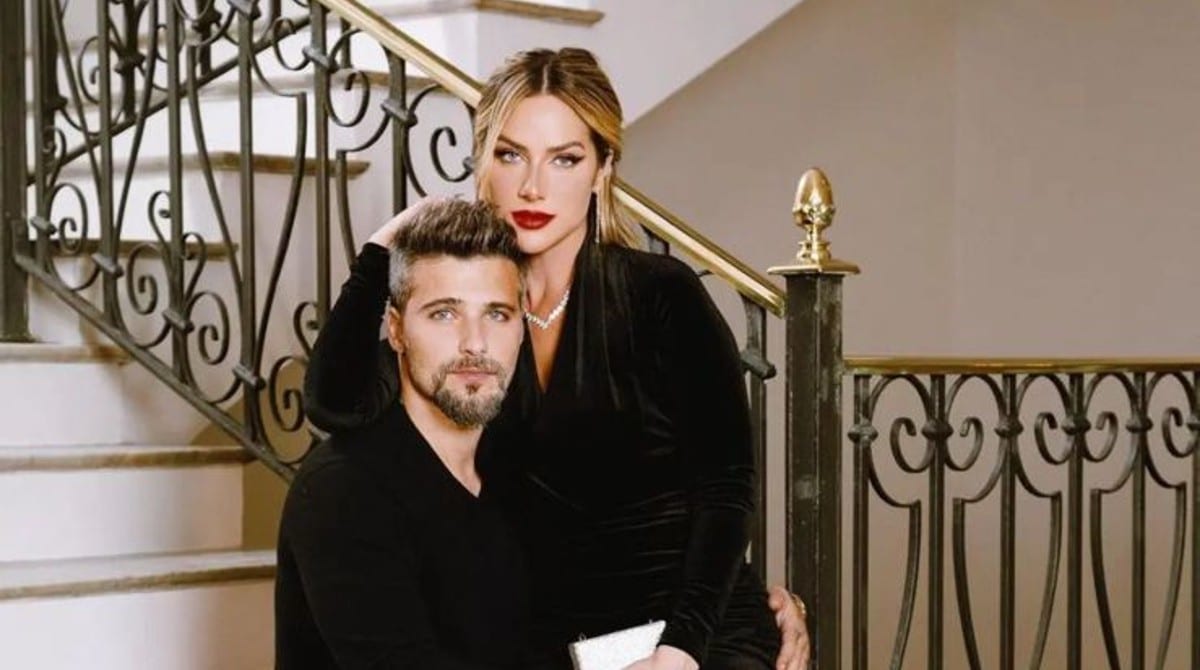 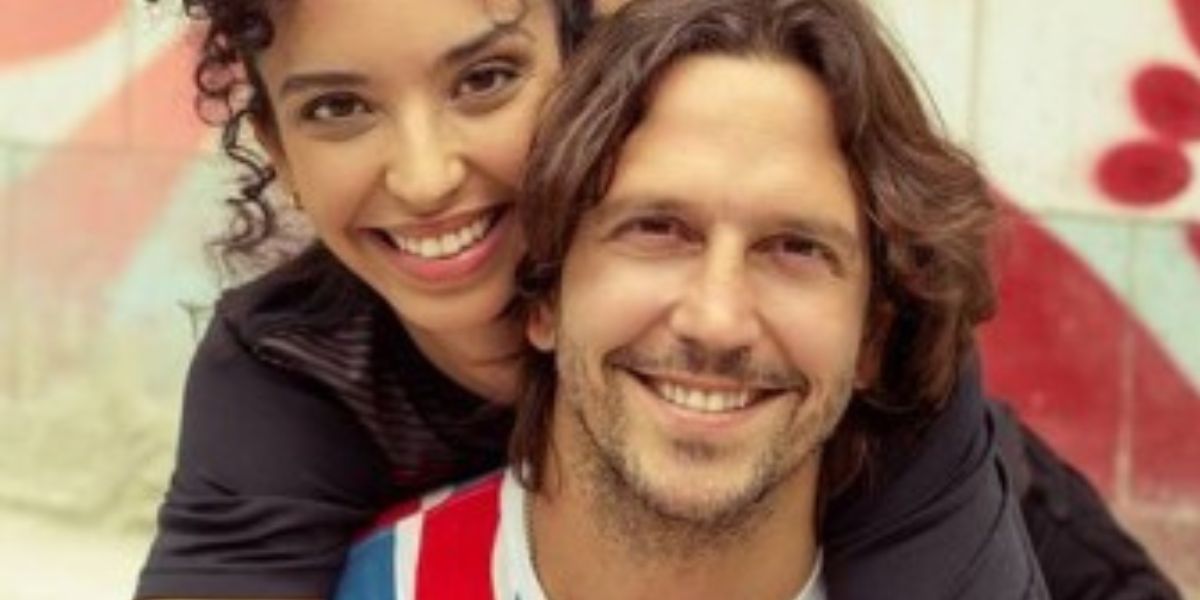