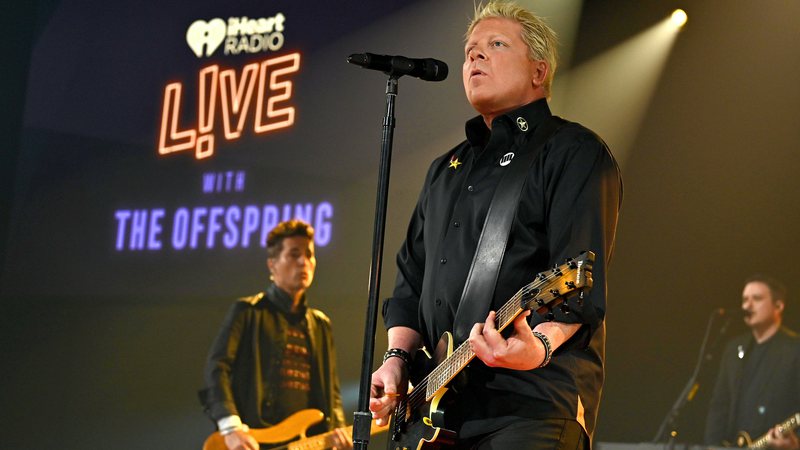 Dexter Holland, lead singer and guitarist of The Offspring, defended political demonstrations by artists at concerts

Although they do not focus on politics in their most recent projects, members of the The Offspring they never hid their positions. In an exclusive interview with Rolling Stone Brazilthe vocalist and guitarist, Dexter Hollandcriticized censorship of artists on festival stages and defended the right to demonstrate before a concert in Brazil.

“This is idiotic. Prohibition only backfires,” he explained after being asked about the situation faced by Brazilian artists at Lollapalooza this year and the proximity of the show in Rio de Janeiro with the presidential elections.

If you just let them have their say, it probably wouldn’t even be that big. The more you try to suppress people’s expressions, the more voices will be heard.

+++ READ MORE: The Offspring comments on Trump and Bolsonaro’s actions in the pandemic: ‘Leaders like this make the problem worse’ [ENTREVISTA]

The Offspring arrives in the country with the first release in almost 10 years, the album Let the Bad Times Roll (2021). Band plays this Thursday, 8th, in Rio, and dexter took the opportunity to justify the long break between the band’s projects – which dealt with the bassist’s departure, Greg K.in 2019.

It took a long time, but it was kind of like an accident. We didn’t realize it would take that long. We were busy with some tours and needed time to write. After a while, we had a lot of material, but we just decided that the record wasn’t ready yet.

+++READ MORE: After almost 10 years, The Offspring returns to good shape in new album: ‘We did something between Americana and Conspiracy of One’ [ENTREVISTA]

“When we started, there was some pressure: ‘We finally have a track on the radio, we need to put out the next record or else no one will remember us.’ But we’re past that stage. Now it’s time to make sure we’re making a good record. If it takes five years, then so be it.”

The Offspring and Brazil

Still on the work on the next record, dexter recalled how he likes to write songs “for people to sing out loud,” and then revealed he works in honor of the country.

I can’t give too many details, but I’m writing a song about Brazil for our next record. Believe it or not. No kidding, it’s going to be about Brazil, and I can’t wait to share it with you, hopefully, next year. This shows how much you mean to us.

Let the Bad Times Roll shows hope for the group, which plays in Brazil for the first time after quarantine recommendations around the world. Listen: