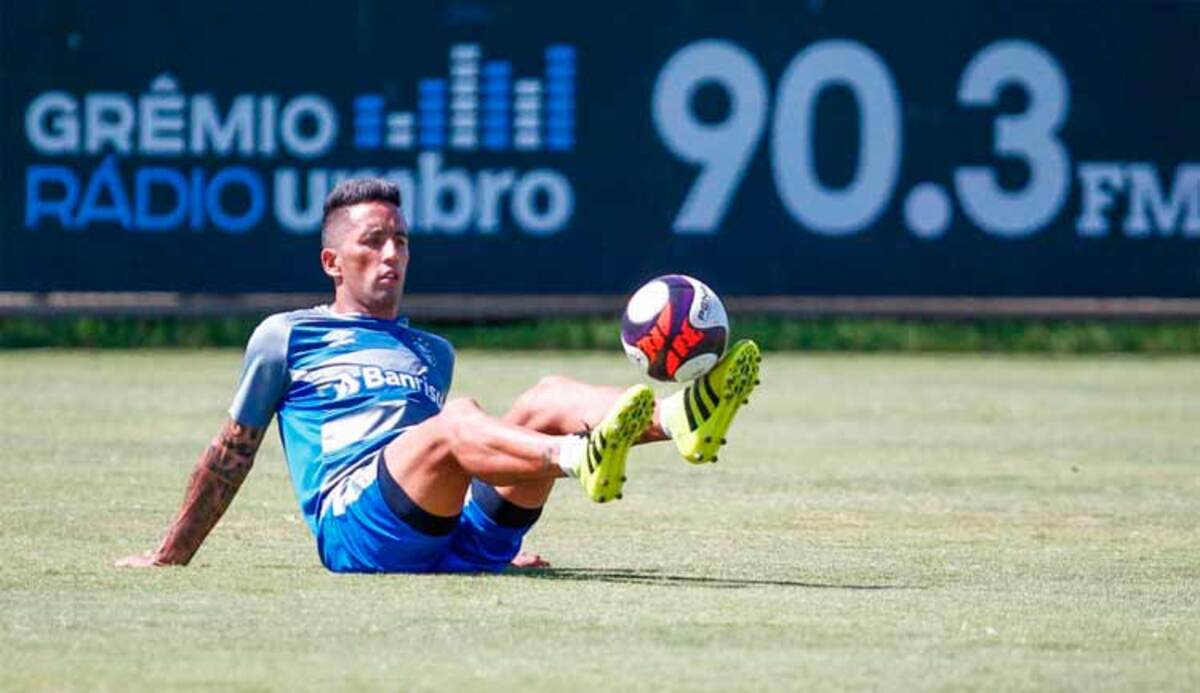 Responsible for important goals for Grêmio in the winning campaign in the 2017 Libertadores, especially in the quarter-final stage against Botafogo, at Arena, striker Lucas Barrios officially decided to end his career. He made the announcement through a post on the web and gained comments from former colleagues from Grêmio, Pedro Rocha and Edilson.

Both were starters in America’s tri campaign – Pedro, however, was sold in August of that year to Spartak Moscow, from Russia, being out from the quarters.

“Congratulations on your career brother, it was a huge pleasure. Success in the next challenges”, wrote Pedro Rocha, complemented by Edilson:

“Papi it was an honor to enjoy by your side and live good times with you, I will always be cheering you on in this new stage of your life!!! A big hug, brother,” wrote the side.

Barrios, ex-Grêmio and Palmeiras, will now be coach

In the long career ending statement, Barrios, now 37, revealed that he plans to be a football coach from now on.

“I wanted to communicate to all my followers that the time has come that you never imagined, to say goodbye to professional football, it’s been 20 years giving the most in every place I’ve been, things can go well or bad, but always giving everything to prove for yourself. the professionalism that each institution deserved for many years”, he said, before concluding:

“It was a long career that ends today, but it’s a see you later because I will always be connected to football and this new adventure will be as a coach. I hope to continue to count on your support in my new challenge. I thank all the clubs that called me for their interest in playing for their club, but my decision was already made.”

Also champion for Palmeiras in Brazil, Barrios played for several other clubs such as Colo-Colo, Dortmund, Argentinos Juniors, Tigre, Cobreloa, Guangzhou, Huracán and Defensa y Justicia, among others.