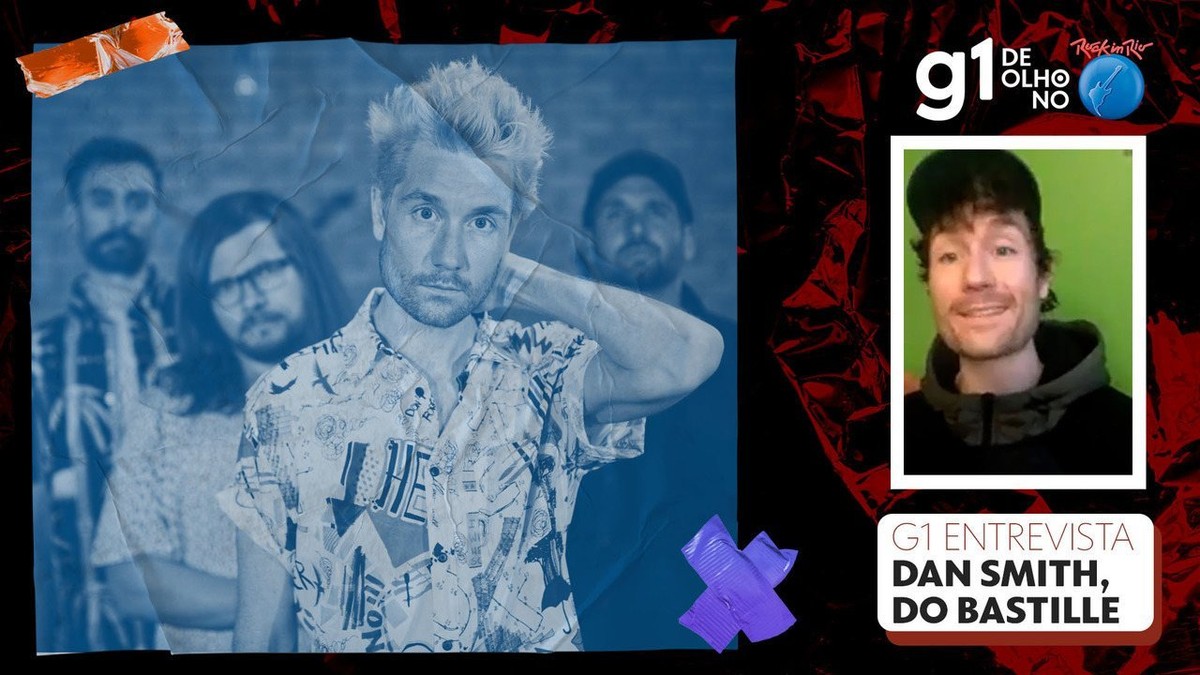 Bastille comes to Rock in Rio with weird pop and lyrics about funerals, drinking and euthanasia | Rock in Rio 2022

Hrishikesh Bhardwaj 3 weeks ago Entertainment Comments Off on Bastille comes to Rock in Rio with weird pop and lyrics about funerals, drinking and euthanasia | Rock in Rio 2022 14 Views

When Bastille recorded “Pompeii” in 2012, I had no idea that this song would take the band to festivals and the top 10 of the charts in 15 countries, including Brazil. It was a strange combination of electronic indie rock, heavy percussion and lots of vowels (“ê-ê-ô, ê-ô”, to be exact).

Ten years later, she is still the best known of the British band, but they will have news for the Rock in Rio show, this Saturday (10th).

“Whenever we play ‘Pompeii’, wherever we are, you see the place light up and the atmosphere becomes electric. That’s why it’s a privilege to have a song like that and the same goes for ‘Happier’ too”, assures Dan Smith, lead singer of the band, to g1 (watch the interview in the video above).

“As a band, we want to play the songs that we’re interested in, but I want people at festivals to have fun, you know? If it’s fun for them, it’s fun for us.”

Marshmello and Bastille, in a photo of the single ‘Happier’ — Photo: Disclosure

“Happier” is not as weird as “Pompeii”. Released in 2018 in partnership with DJ Marshmello, it is a much more conventional dance pop hit or “a giant EDM song”, in Dan’s definition.

“It’s such a different world for us. I wrote the song with this guy named Steve [McCutcheon, produtor] and I always thought it was going to be giant, but I never thought it would be something I would sing. So I sent it to Marshmello, and he loved it.”

Despite the two hits, the singer defines Bastille as a band of “weird and varied” songs. “All of our songs are about weird themes and I’ve always wanted to make pop music that’s diverse and has something to say.”

The fourth album, “Give me the future”, was released this year and follows this idea to the letter. According to him, it is a conceptual album about escapism and how people escape reality through technology and entertainment.

“We create type a science fiction narrative about being able to connect to this world where anything is possible. And basically asking the question: if you could have this, would you have it and would you choose this over real life? It was a cool way to explore a lot of dark and complicated ideas through a fun half-hour pop album.”

On this record, one of the most personal songs is “No Bad Days”, with lyrics written after he visited his aunt for the last time. She was diagnosed with cancer and opted for euthanasia in 2019. Before, the band has released songs about:

The English band Bastille was the attraction of the second day of the 2017 edition of Coachella – Photo: Reuters

In addition to the band, Dan Smith has been working with newer artists. He’s heard from people like de Yungblud, Holly Humberstone and Lewis Capaldi that they listened to Bastille when they were younger.

“We’ve been at this for 10 years. This is insane. I can’t believe we’ve already done four albums and four mixtapes, you know? That’s crazy to me… It’s weird going into a songwriting session with some pop star who says ‘I loved your music when I was growing up. And I’m like, ‘Oh God, what the fuck’.”

“People grow up and discover music that existed before they were born and become obsessed with it and then make their own version of it. And that’s how music sort of evolves in these cycles”, he concludes, serenely.

Tv specialist. Falls down a lot. Typical troublemaker. Hipster-friendly advocate. Food fan.
Previous see where the 3 winning bets were made in DF
Next UFC 279: Under boos, Chimaev submits Holland with ease | combat