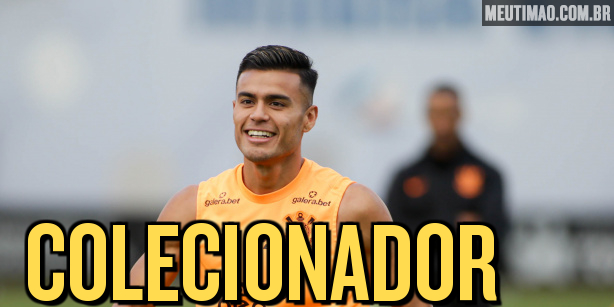 Fausto Vera arrived at Corinthians just over a month ago. The player had a quick adaptation in Brazilian football and is already gaining his space on the field. The Argentine talked a little about his life outside the field, revealed his taste for collecting football shirts, said he owns a shirt for a Brazilian team player and also keeps newspapers and magazines in which he appears.

“I like to collect t-shirts (football). Also, with my family, we collect clippings from newspapers and magazines that come out and remind us of my moments”, says Fausto while talking about his mania for collecting in an interview with “Tudo Menos Futebol”, a picture of the SCCP Universe, Corinthians’ official app – check full interview here.

The midfielder also revealed that he owns a shirt by Bruno Guimarães, midfielder for the Brazilian team and also for Newcastle, from England. The Argentine said that he took the Brazilian’s shirt when he defended the colors of the Argentina team in the pre-Olympic and faced Brazil.

“I have a lot! When I played with the Argentine National Team, I traded with several teammates. When I faced Brazil, I have Bruno Guimarães, for example, from when I played the pre-Olympic. Now I’m going to start exchanging shirts with my teammates”, said the player.

The athlete has been at Timão since the end of June this year, when he was hired and left Argentinos Juniors, from Argentina. The player has already played 11 matches with the white shirt, eight of them as a starter and has not yet scored any goals. Fausto has a contract with Corinthians until June 30, 2026.

The painting “Everything But Football”, created by Corinthians TV, is available on the SCCP Universe, Timão’s official app. Click here to download.

See more at: Fausto Vera and the SCCP Universe.