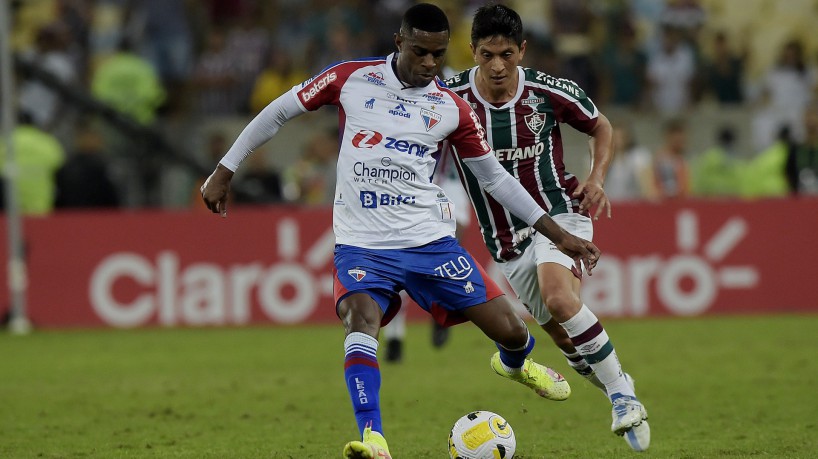 Fluminense vs Fortaleza live for the Brasileirão Serie A 2022; follow broadcast

Abhishek Pratap 2 weeks ago Sports Comments Off on Fluminense vs Fortaleza live for the Brasileirão Serie A 2022; follow broadcast 1 Views

Fluminense and Fortaleza face each other today, Saturday, September 10 (10/09), for the 26th round of the Brazilian Championship, the Brasileirão2022. The match will be played at Maracanã, in Rio de Janeiro-RJ, at 7 pm (Brasilia time). Follow the broadcast of the game with narration from Radio O POVO CBN.

How Fluminense and Fortaleza arrive for the game

For the duel, the most likely is that the Ceará tricolor will return to play in a reactive way. For that, Vojvoda must restore the midfield with three defensive midfielders. The only fixed piece in the sector has been Lucas Sasha. Zé Welison, Ronald and Hercules battle for the other two spots. With that, one striker will be left over from the previous game’s lineup and it should be Romarinho. The defense should not change, even with the match below Brítez last weekend.

The Lion’s casualties for the game are the ones that were predicted since the beginning of the week. Ceballos, with muscle discomfort in the right thigh, and Lucas Crispim, in the third week of transition, did not travel with the delegation. On the field, however, Fortaleza players will need to be cautious, since seven, among those related, are hanging.

At Tricolor das Laranjeiras, Fernando Diniz also has almost the entire squad available. Without suspension, he does not have defenders Luan Freitas and Matheus Ferraz, due to injury, and midfielder Nonato, who was sold to a Bulgarian club. Who returns is Nino, after serving suspension and striker Alan, in transition, is doubtful.