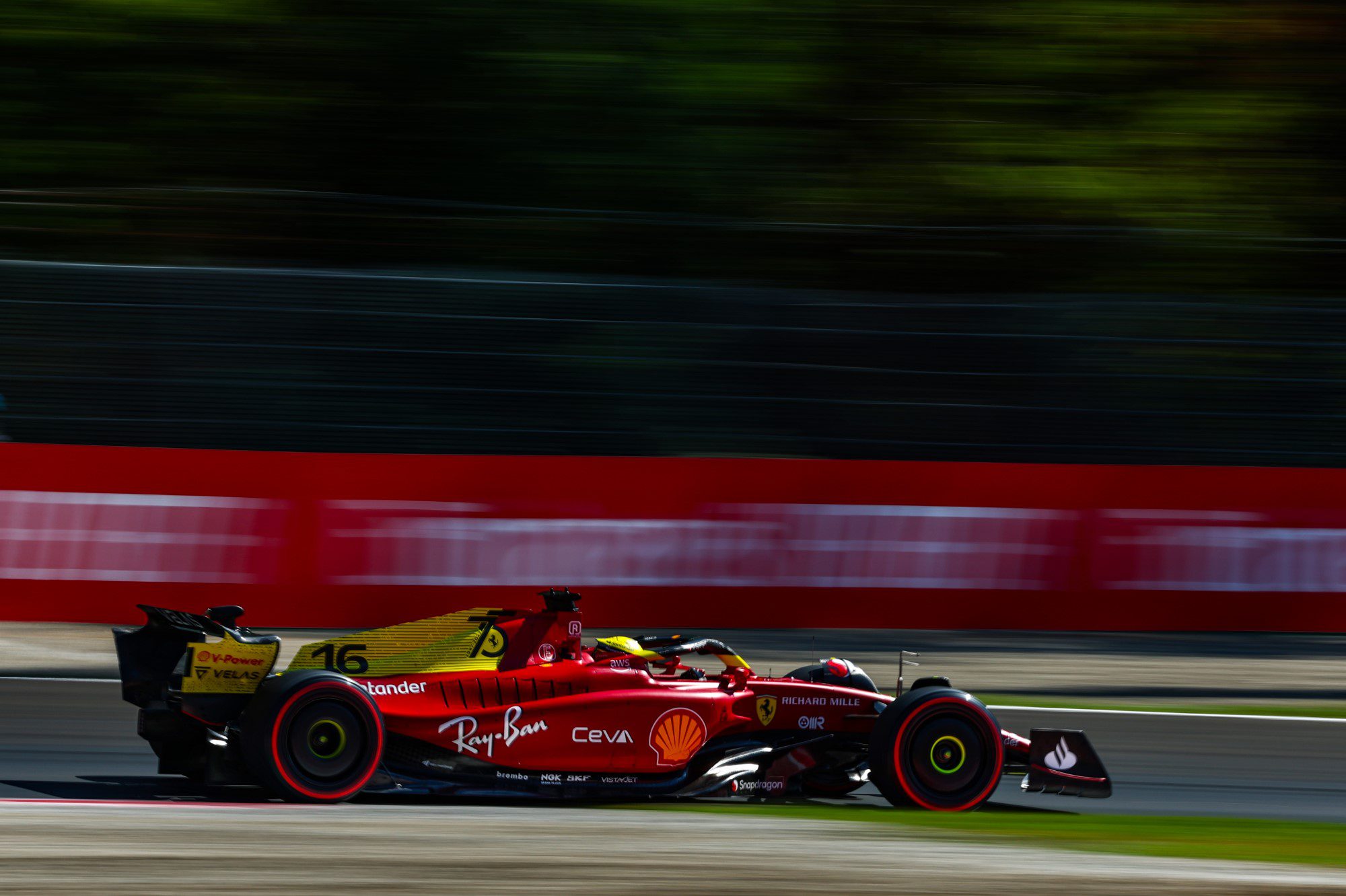 Without opponents, Leclerc starts on pole position at the Italian GP

Abhishek Pratap 3 weeks ago Sports Comments Off on Without opponents, Leclerc starts on pole position at the Italian GP 4 Views

Charles Leclerc will start from pole position at the Formula 1 Italian Grand Prix. The 16th stage of the season takes place this weekend, at the traditional Monza circuit, and in addition to being Ferrari’s home race, it marks the 75th anniversary celebrations. of the Italian team.

It was the 18th pole of Leclerc’s career, the eighth of the 2022 season, after France in July.

The grid was affected by the nine drivers with starting grid penalties. All of them for component changes in cars. Even Yuki Tsunoda, who also received a penalty for his fifth reprimand of the season after stopping his AlphaTauri at the last Dutch GP, will start from last position.

In addition to Tsunoda, Lewis Hamilton and Carlos Sainz also received penalties and will start at the end of the grid. Hamilton, who was fifth in Q3, starts in 19th. Sainz, third fastest, will start in 18th.

Max Verstappen, who received a five-place penalty, was second fastest and wide in seventh. Like Verstappen, Esteban Ocon also lost five places on the grid to be 14th.

Sergio Perez, fourth in Q3, will start in 13th with the ten penalty spots imposed. Rounding out the penalized drivers, Valtteri Bottas starts in 15th, Kevin Magnussen in 16th and Mick Schumacher in 17th. The three received 15 positions as punishment.

With that, George Russell, only sixth in Q3, will start second and share the front row with Leclerc.

Lando Norris and Daniel Ricciardo form the second row of the grid, respectively, in P3 and P4.

Pierre Gasly, ninth in Q3, starts fifth alongside Fernando Alonso. Verstappen will share the fourth row with Alexander Albon’s replacement, Nyck De Vries. Albon was diagnosed with appendicitis and was replaced by the FE champion.

Rounding out the top 10, Guanyu Zhou and Nicholas Latifi – who was eliminated in Q1.

Tsunoda led the session in the early stages. The Japanese scored 1:22.762 and put AlphaTauri on top. Magnussen, Vettel and Schumacher stayed away from Tsunoda’s reference.

Perez scored 1:22.085 and moved up to P1, but only briefly. Verstappen was 0.062s faster than his Red Bull teammate and took the lead in Q1 with ten minutes to go.

Ferrari and Mercedes take some time to time their first laps.

Leclerc and Sainz jumped to P1 and P2 respectively, with the benchmark set at 1:21.280s.

Russell was better than Hamilton on his first lap and moved up to third, while the seven-time world champion was just P7.

Among those eliminated were Alonso, Ocon, Zhou, Gasly and Bottas – all without a timed lap.

Among the Alpine duo, Alonso moved up to P7 and Ocon to P9. Zhou and Gasly also improved and left the elimination zone for Magnussen, Stroll, Schumacher and Vettel. Bottas did just enough time for P17.

With the clock down, those eliminated were Latifi, Vettel, Stroll, Magnussen and Schumacher. De Vries, Albon’s replacement with appendicitis, got the better of Latifi. A big disappointment for the Canadian.

Verstappen momentarily took the lead in Q2. But the Ferrari duo were too quick with their driver pairing to outrun the Dutchman.

Leclerc scored 1:21.208s, but was outclassed by Sainz by 0.330s. Red Bull was close behind, Verstappen in third and Perez in fourth.

Then it was Mercedes’ turn. This time Hamilton ahead of Russell. The veteran was just 0.039 thousandths faster to secure P5.

Behind the Mercedes, the McLarens. Norris on P7 and Ricciardo on P8. The Australian got very close to his teammate as 24 thousandths separated the pair.

Those eliminated were Ocon, Bottas, De Vries, Zhou and Tsunoda.

Sainz clocked 1:20.584s to lead the opening moments of Q3. Leclerc was in P2, almost two tenths behind.

With grid penalties, Leclerc had no opponents for pole this Saturday. Only Russell, Norris, Ricciardo, Gasly and Alonso could take pole from the Monegasque, as the rest of the drivers participating in Q3 held penalties.

In the final stages, Leclerc clocked 1:20.161s to secure pole regardless of penalties. Verstappen scored the second half, but will start in P7 with the five penalty spots.

Sainz finished third, but starts at the back of the grid. Perez, with the 10 penalty positions, starts in 14th.

Hamilton was fifth, but he also starts at the end of the grid after replacing engine components. With that, Russell will share the front row with Leclerc.

Check out the starting grid (with penalties applied) for the F1 Italian GP:

Food maven. Unapologetic travel fanatic. MCU's fan. Infuriatingly humble creator. Award-winning pop culture ninja.
Previous Find out who Soraya Oliver is, singer of Banda Sedutora beaten up before a show in Pernambuco | Pernambuco
Next see where the 3 winning bets were made in DF