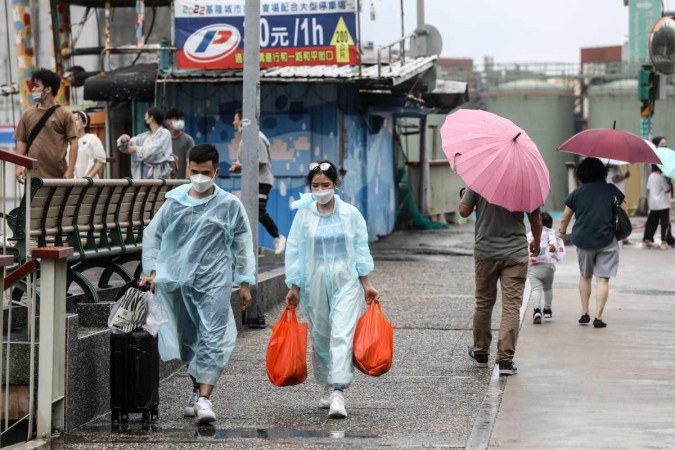 
The typhoon was 180 kilometers south of Ishigaki on Sunday, with wind gusts of up to 216 km/h as it moved northwest – (credit: I-HWA CHENG/AFP)

TOKYO, Japan – Typhoon Muifa neared Japan’s southern islands on Sunday and authorities issued a warning to residents to take shelter from “violent waves and winds” before they hit the mainland.

According to the Japan Meteorological Agency, Muifa is expected to maintain its strength and reach Ishigaki Island, near Taiwan, on Monday, before heading north towards Shanghai (China) and the surrounding area.

The typhoon was 180 kilometers south of Ishigaki on Sunday, with wind gusts of up to 216 km/h as it moved northwest, the agency said.

Violent waves and winds are expected in the region until Tuesday,” the agency said.

While the typhoon’s speed may slow down, “the area could remain under its effects for a long time,” he added.