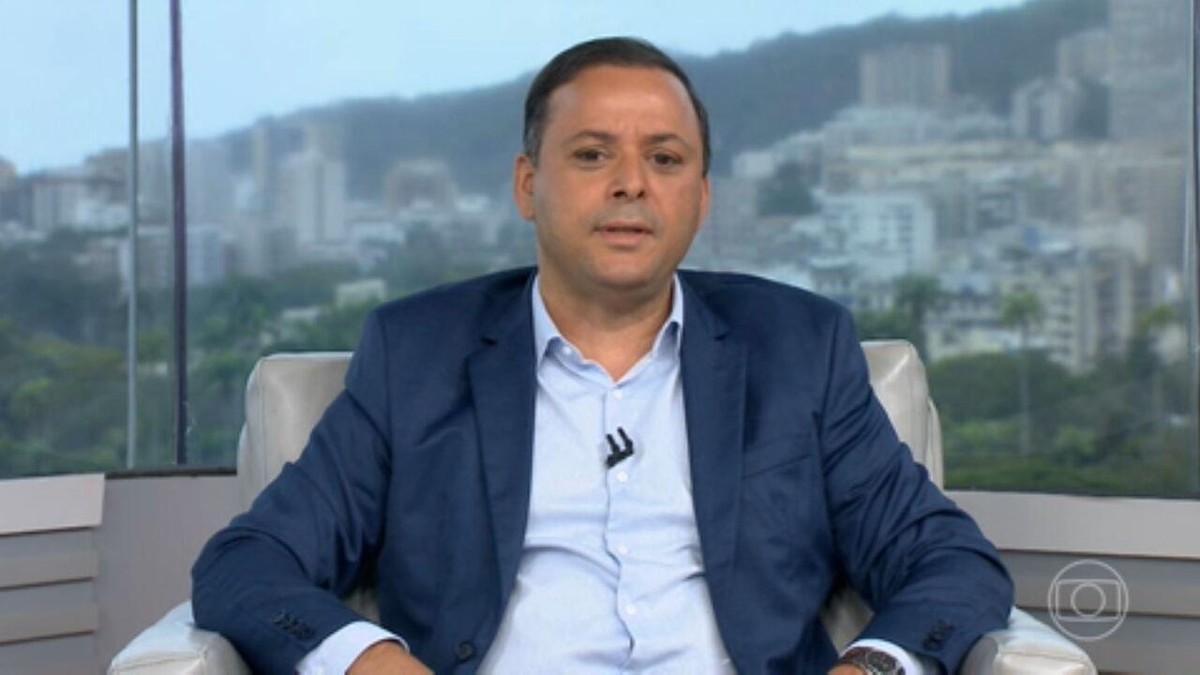 Rodrigo Neves (PDT) opened this Monday (12) the series of interviews with the RJ1 with candidates for state government.

In 35 minutes, the former mayor of Niterói promised to “cut 80% of the 50,000 commissioned positions” in the state public administration and “to create 150,000 jobs in the first 2 years of the government”.

Candidates who scored 6% or more in last Tuesday’s (6) IPEC survey were invited. By drawing, the next ones will be Marcelo Freixo (PSB), on Tuesday (13), and Cláudio Castro (PL), on Wednesday (14). The others will have 2-minute interviews.

Rodrigo Neves in an interview with RJ1 — Photo: Reproduction

Currently Ceperj is being investigated by the Public Ministry of Rio (MPRJ), the State Audit Court (TCE) and the Electoral Attorney’s Office. About 18,000 people were hired by the agency with the authorization to receive their salaries at the cashier, with bank order, or through autonomous payment receipt (RPA).

The case became known as “secret positions”, as the appointment of the people was not published in the Official Gazette. The payment methods adopted, according to the MP, make traceability difficult and facilitate money laundering.

“I built a record number of schools and we put all the children in kindergarten full-time. This is very important, above all, because the child will have better conditions to develop in elementary and high school. Full-time day care is important for working mothers, as many of them can’t get a job, or can’t keep their jobs because there’s no full-time day care and early childhood education,” she said.

He also promised to reopen the Cieps.

“If they hadn’t abandoned the Cieps, we wouldn’t be losing so many young people to crime. Therefore, my commitment is to reopen all the Brizolões, all the Cieps that are abandoned”, said the pedestrian.

The pedestrian also said that he will take the Lilac Room to the entire state.

“Often, these women are unable to report they are suffering because they do not have the support.

Rodrigo Neves (PDT) answers the question about corruption and prison

As he did in the interview last month for the Desenrola, Rio podcast, Rodrigo Neves defended himself from the operation that arrested him in 2018, during his term.

The Public Ministry said that Neves would be the head of a scheme that diverted almost R$11 million in funds from transport in Niterói.

The civil action for improbity was dismissed, but Neves remains a defendant in the criminal proceeding for passive corruption.

“What happened in 2018 is truly infamous. The Court itself, a few weeks later, declared that action illegal. The panel of the Court of Justice dropped the charges. Afterwards, the Public Prosecutor’s Office, who is the author of the action, made a request to justice.

“It was an attempt to take over the Niterói City Hall, based on a false plea bargain by a businessman who was not even from Niterói, he was from Resende,” he said.

Asked about the advance of trafficking on communities in Niterói, Neves replied:

The pedestrian also announced “a task force with the justice system”.

“What you need is a government that works for the citizen. What I guarantee you is that we will create jobs to recover health units, schools, UPAs and hospitals”, he promised.

RJ1 asked Neves about a May inspection carried out by the Public Ministry in nine health units in Niterói. The agency cited a lack of paracetamol, ibuprofen, bandages, gloves, dressings and doctors. The MPRJ also stated that the drug center operated without a permit or health license.

“Then you have to discuss with the UN. The UN recognized Niterói as the best health system,” she replied.