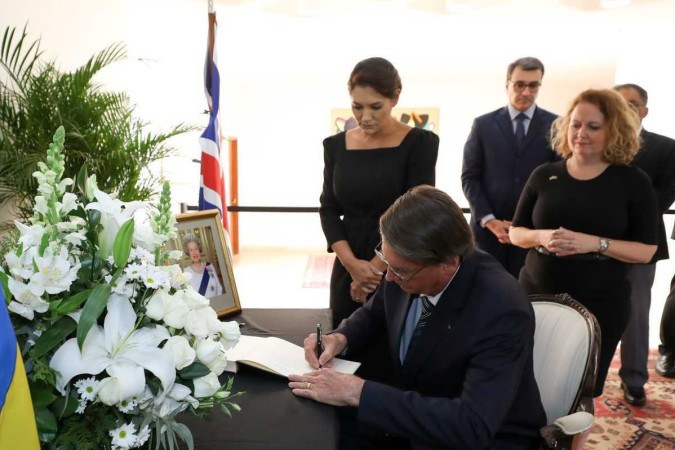 Government interlocutors fear Bolsonaro’s isolation on a trip to London

President Jair Bolsonaro’s (PL) trip to London for the funeral of Queen Elizabeth II is being seen by sectors of the government as a risky maneuver. Although the purpose of going to the ceremony is, as is said behind the scenes of the government, to demonstrate international prestige – in addition to gathering images to be used during the campaign -, the concern is that Bolsonaro will be isolated among the heads of state and of government that will be present.

Government interlocutors recognize that the president will hardly be received in the capital of England with any deference — he will be included in the protocol that the British will dispense to all representatives of the countries. There is also the fear that, during the ceremony at Westminster Abbey, he will be placed in a position of little prominence or that images will circulate in which the other heads of state and government are indifferent to him.

Such factors could be taken advantage of by the electoral campaign of Luiz Inácio Lula da Silva (PT), his main opponent in the dispute for the Planalto Palace — and a few days before the first round of the general elections. This would give more ammunition to the PT, who frequently attacks Bolsonaro’s foreign policy and accuses him of leading Brazil to a position of irrelevance on the international stage.

Yesterday, in Brasília, the president took a first step in the search for prestige with the British government: he appeared at the United Kingdom embassy, ​​in Brasília, to sign the book of condolences for the death of Elizabeth II. He was accompanied by the first lady, Michelle Bolsonaro, and the chancellor Carlos França, and spent approximately five minutes in the representation. When the monarch died, he declared three days of official mourning and said, in a note, that she was “a queen to all of us”.

From London, Bolsonaro travels to New York, where he attends the opening of the 77th United Nations General Assembly — on September 20. The Brazilian president’s speech traditionally opens the conference.

For the event, Bolsonaro is expected to address himself, even in an international rostrum, to his own audience, so that the images and the exhibition are disseminated by Bolsonarista social networks and used by the campaign. Thus, it is expected that the themes of the speech are those that he always repeats when on the platforms: criticism of an alleged communist threat to which the country was subjected during the PT governments — and which appears on the South American horizon with the recent elections of leftist governments in Chile, Bolivia and Colombia; the strength of Brazilian agribusiness exports — with emphasis on the concept of “the breadbasket of the world” that dates back to the military regime; the greed of the Amazon by the main world powers and the current government’s efforts to contain it; in addition to issues related to customs — such as abortion, rejection of the formation of homosexual families, conservative education and the accusation on the left of being in favor of drug liberation.