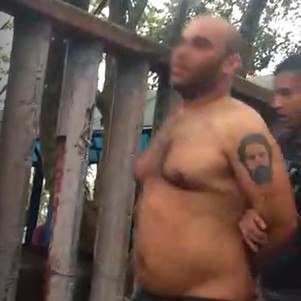 Ezequiel Lemos Ramos, the man arrested on charges of killing ex-partner and two-year-old son in São Paulo (SP)had a CAC (Collector, Shooting and Hunter) license for firearms and had a tattoo of the face of former President Lula below his left shoulder.

Ramos was arrested in the act on Monday (12), and admitted to having committed the crime because he would have suffered a BRL 70,000 blow from Michelli Nicolich, his ex-wife.

After the crime was committed, witnesses reported, the suspect, very upset, said he “lost his mind”, lay down on the floor and asked them to call the Military Police. Tactical Force teams arrived at the scene and arrested him. After hearing this Tuesday (13), his arrest was converted to preventive.


On his arm, as shown in images from the moment he was arrested, there is a tattoo of the former PT president, above the word free. Lula’s name is even the same as the son who died on the afternoon of the crime: Luiz Inácio Nicolich Lemos, two years old, was the youngest son of the shooter.

The weapon used by him in the crime, according to his own account, was placed inside a Fiat Mobi vehicle.

The police are now looking for the driver who left the scene with the weapon, which, according to investigations, would be an accomplice of Ezequiel Ramos.

The case was registered at the 49th Police District of São Mateus, where Ezequiel spent the night in jail.