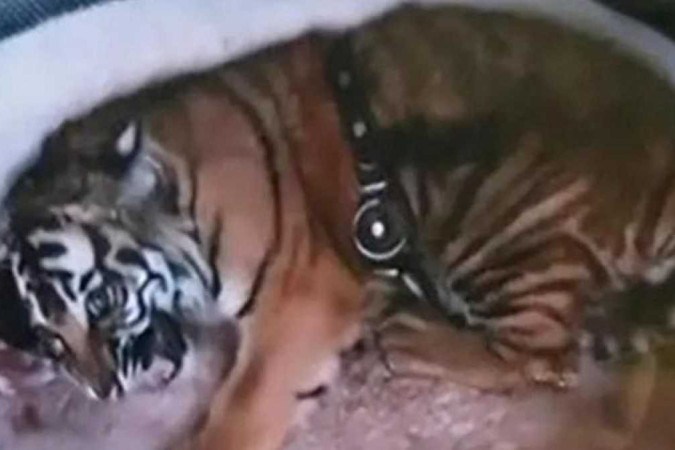 Police in the state of New Mexico, in the United States, issued an alert about the escape of a tiger cub during an operation in the home of a drug dealer. The information is from the website KRQE News.

The tiger, illegally bred as a pet, has been missing since a search and seizure warrant operation on two homes in the city of Albuquerque in August. It is not yet known if the animal fled or if it is in the possession of someone else.

According to the publication, the New Mexico Department of Game and Fish frequently receives reports of exotic animals living in precarious conditions, such as an alligator about 3 meters long found in one of the houses.


According to police reports, investigators believe the tiger may be with someone “in New Mexico or a nearby state.”

The animal is believed to be less than 1 year old and weigh a maximum of 27 kg — adult tigers can reach 200 kg.

Conservation officials received a search warrant on Aug. 12 to investigate two homes with the assistance of federal, state and local authorities. During the operation, no tigers were located and an alligator was taken to a wildlife facility for proper care.