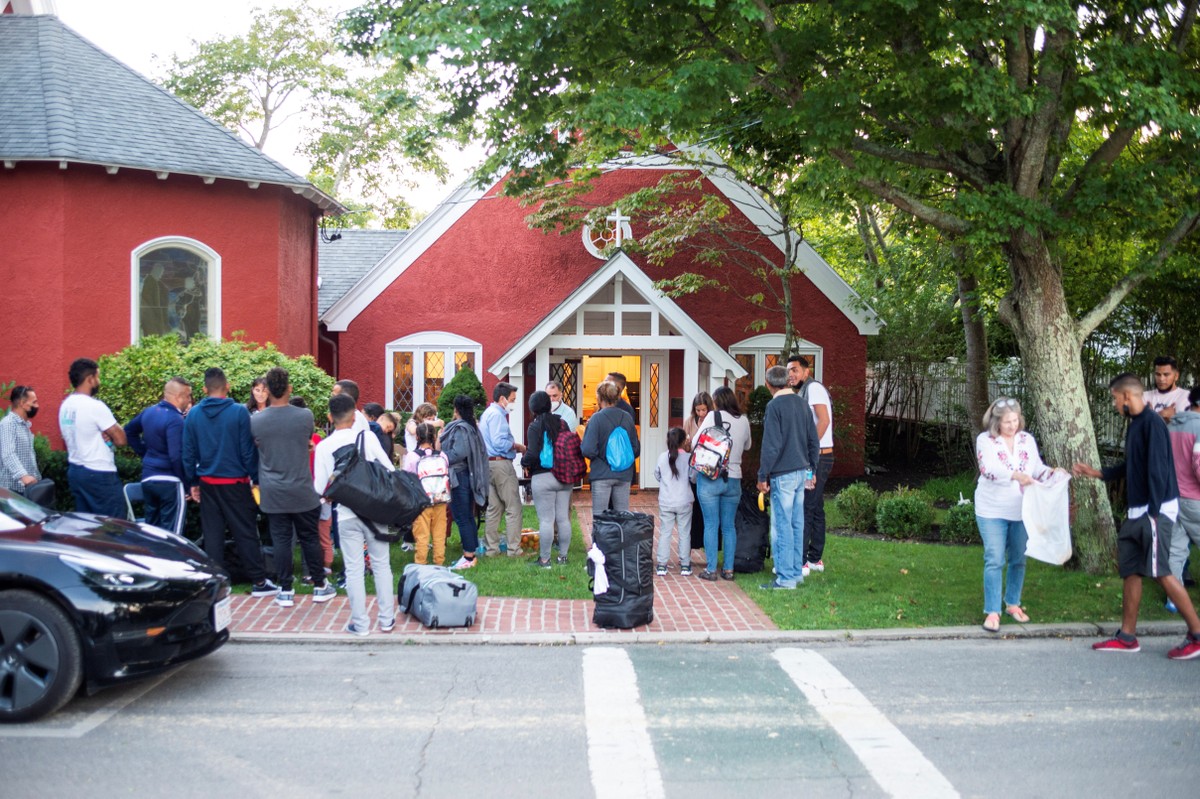 The Republican governor of Florida, Ron DeSantis, sent two planes with immigrants to the island of Martha’s Vineyard, a luxurious resort in the state of Massachusetts, in the United States and a place that is considered a stronghold for supporters of the Democratic Party (Barack Obama and John Kerry has a home there, and the Clinton family vacationed there.)

The group is Venezuelan immigrants. They arrived on Wednesday at Martha’s Vineyard, according to the local newspaper “MV Times”.

DeSantis, the governor of Florida, organized the flight, but the immigrants (including children) left Texas, not his state, according to the paper.

Dylan Fernandes, a Democratic Party lawmaker from Martha’s Vineyard, wrote on social media late on Wednesday that immigrants were arriving on charter flights from Texas without even knowing where they were. “They say they were told they would receive housing and jobs,” Fernandes said.

He stated that the inhabitants were not notified in advance of the arrival of these people, but that the island was mobilized to provide beds, food and care.

Authorities arrest nearly 210,000 immigrants who tried to enter the US in March

Immigration policy, a sensitive issue in the US, is even more sensitive a few weeks before the midterm elections, when Republicans accuse President Joe Biden of turning the Mexican border into a filter.

DeSantis wants to be president

DeSantis is part of a movement launched by the Republican governors of Texas and Arizona that send immigrants to Democratic cities in the north and east of the country. It is a provocative political gesture, aimed at its voters.

The Florida governor is campaigning for re-election this November and is also seen as a potential rival to former President Donald Trump in the 2024 White House race.

Christina Pushaw, who is part of DeSantis’s communications team, said on social media that “Martha’s Vineyard residents should be excited; illegal immigrants will make the city more diverse, which is a strong point, right?”.

Texas Governor Greg Abbott, who pioneered the practice, sent two buses of immigrants near the home of Democratic Vice President Kamala Harris, who arrived in Washington on Thursday morning, according to FoxNews.

Since April, Texas has sent about 10,000 immigrants to Washington, New York and, more recently, Chicago, according to the governor’s office.