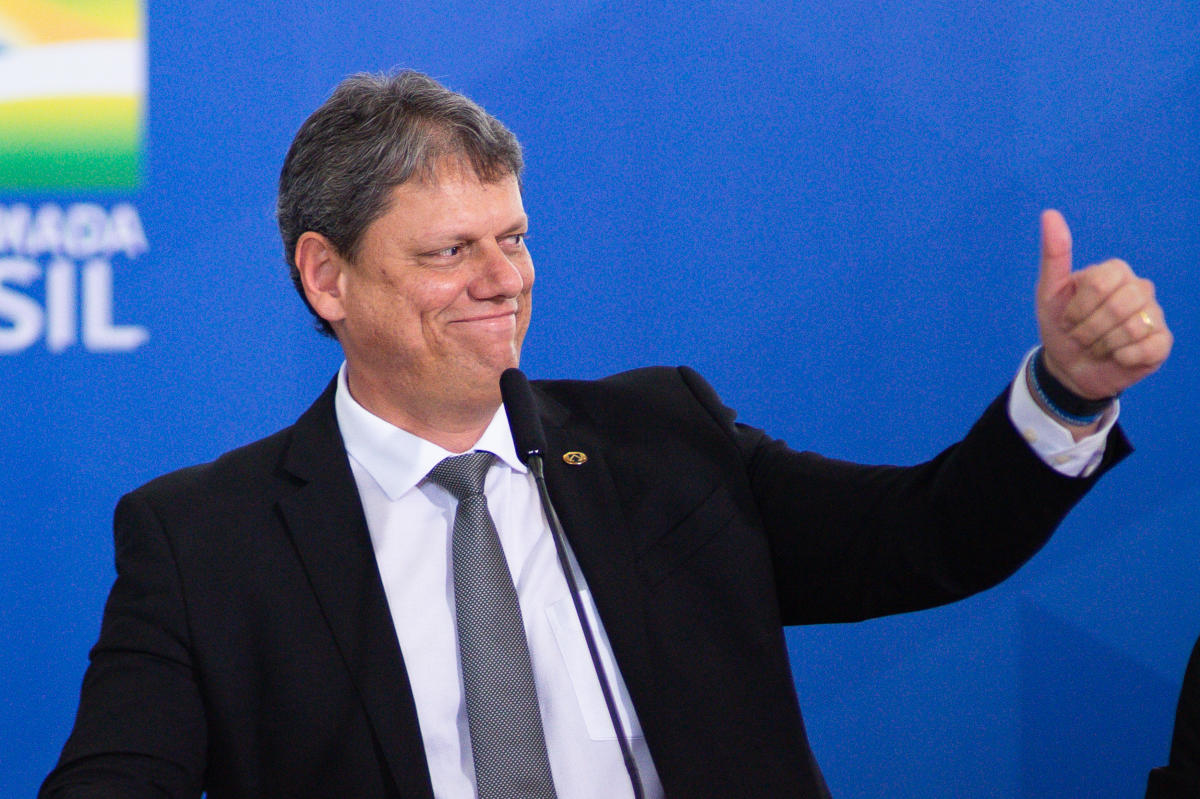 Carioca, Tarcísio forgets where he votes in SP and Garcia makes a joke on the networks

Abhishek Pratap 2 days ago News Comments Off on Carioca, Tarcísio forgets where he votes in SP and Garcia makes a joke on the networks 2 Views

Candidate for the government of the state of São Paulo, Tarcísio de Freitas (Republicans) forgets where he will vote in the election. One of the main arguments of opponents against Tarcísio is the fact that he is from Rio de Janeiro and was not born in the state of São Paulo. After the slip, the bolsonarista became the butt of a joke by the governor and candidate for reelection, Rodrigo Garcia (PSDB).

In an interview with TV Vanguarda, Globo’s sharp broadcaster in Vale do Paraíba, Tarcísio said that establishing an electoral domicile in São Paulo would be “the most logical thing to do”. The candidate’s electoral domicile is São José dos Campos, which is in the region.

“I have an affective bond, I attended a lot during a period of my life. It is the most logical place to establish electoral domicile,” she said.

Then, Tarcísio was asked about the polling place – and he did not know how to answer. “It’s a college”, he just said. The presenter asked which neighborhood the school was in, but the candidate stated that he “ran out of his mind”.

The part of the interview went viral on social media and Tarcísio became the butt of jokes. Rodrigo Garcia took advantage of the situation to criticize his opponent.

“Since it is the first time you vote in SP, click here to find your polling place”, wrote the toucan, providing a link to the website of the Superior Electoral Court, where it is possible to consult the polling place.

The survey by Ipec — ex-Ibope —, released this Tuesday (20), pointed out that the candidate Fernando Haddad (PT) remains in the lead in the race for the government of São Paulo, with 34% of the voting intentions. Behind, Tarcísio de Freitas (Republicans), has 22%, and Rodrigo Garcia (PSDB), 18%. The two are technically tied.

The numbers are from the stimulated survey, in which the interviewee is presented with the list with the names of the candidates.

The collection of interviews by Ipec began on the 17th and ended on the 19th of September. The survey heard 2,000 people in person. The survey’s confidence index, according to the institute, is 95%. The poll was registered with the TSE (Superior Electoral Court) under number SP-05582/2022 and cost BRL 155,664.42.