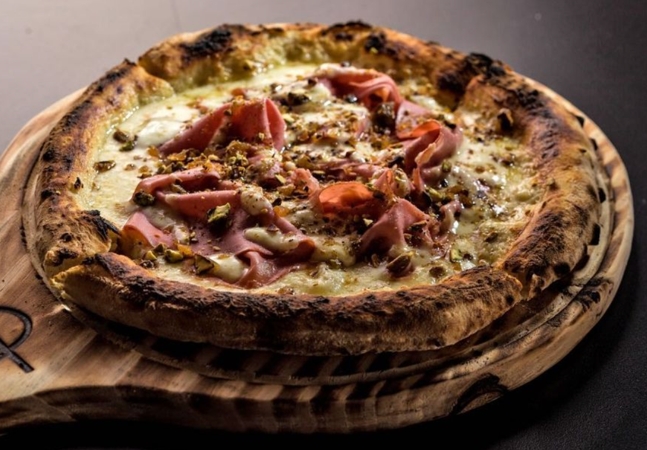 Three of the best pizzerias in the world are Brazilian and are located in São Paulo: this is what the “50 Top Pizza World 2022” ranking by the Italian guide reveals 50 TOP. The publication is in its first edition and has listed the 100 best restaurants in the world specializing in the beloved Italian dish.

Pizza da Mooca, in São Paulo, was the best-placed restaurant in the ranking of the new guide

Did you see this? The oldest pizzeria in the world is over 200 years old and is still delicious

The best-placed Brazilian restaurant was A Pizza da Mooca, ranked 77th for its “personality” pizza in what is considered the “Brazilian or even South American capital” for food. “Its products come from local artisans, except for the flour, which, as a rule, comes from Italy,” says the guide, who recommends the Caprese pizza with buffalo mozzarella or the option with house-made anchovies. The establishment has Bruna Zanuto and Murilo Dias as pizzaiolos.

Read too: Giant pizza in Nova Iguaçu is the largest in Brazil and gives prize in challenge

In the 83rd place of the “50 Top Pizza World 2022” is the restaurant Leggera Pizza Napoletana, included for its “authentic Neapolitan pizza”. With houses in the Jardins neighborhood and in Perdizes, the pizzeria stands out, according to the guide, also for its antipasti, the cannoli and the Ortolana and Marinara flavors, defined as “masterpieces” by pizza maker Andre Guidon.

In the 99th position, QT Pizza Bar was the third Brazilian pizzeria included in the list

Look at this: What it was like to spend a night delivering pizzas on a motorcycle in São Paulo

The third ranked Brazilian pizzeria is QT Pizza Bar, which appears in the 99th position. The thin and crunchy dough without losing the softness in the center is celebrated by the guide, who recommends the Carbonara and another one based on Parmesan, fiordilatte, goat cheese, honey and truffles. “It’s a trendy and well-curated place, which serves great pizzas prepared to perfection”, says the text about the house of pizzaiolo Matheus Ramos, in the Jardins neighborhood.

The best pizza in the world

The first place in the ranking is divided between Italy and the USA: according to the “50 Top Pizza World 2022”, the best pizza in the world is that of the restaurant I Masanielli – Francesco Martucci, in the Italian city of Caserta (in Campania), and that of Una Pizza Napoletana, in New York. The list includes 40 Italian pizzerias, 25 from other European countries, 15 from the US, 15 from Asia, 4 from South America and one from Africa. And he concludes: the best cities in the world for pizza lovers are Naples, Tokyo, New York and São Paulo.

OI Masanielli – Francesco Martucci has, in Caserta, near Naples, the best pizza in the world

Check it out: Pizza is healthier than cornflakes for breakfast, study finds

The selection announcement was made at the Royal Palace of Naples, a city in southern Italy recognized as the pizza capital of the world. “It’s a guide that, on the whole, sees many different styles of pizza, although the Neapolitan, classic and contemporary style is the master,” reads the guide’s release statement.

The pizza at Una Pizza Napoletana in New York was also at the top of the list. Get ready: search here for each candidate’s number – Politics