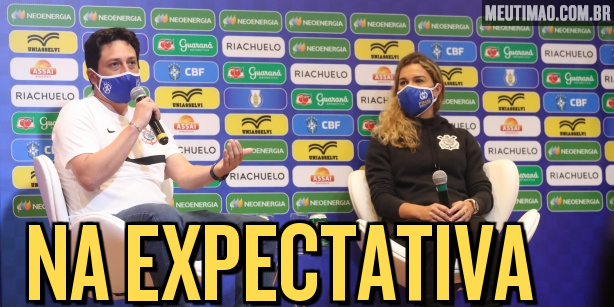 This Saturday, Corinthians enters the field for the decision of the Brazilian Women’s Football Championship. Timão enters the field to establish its advantage after drawing 1-1 in the first leg, against Internacional. Even without being defeated in the South, the favorite label does not enter the whitewashed locker room.

Left-back Tamires spoke about the issue this Friday, at a press conference at Neo Química Arena. The defender did not hide the motivation to play with the fans in favor, but made a point of highlighting the full focus on the 90 minutes.

“What I can tell you is that it doesn’t really enter, we’re not playing in our first final, we weren’t Brazilian champions last year for the first time, we came from years in a row playing in the finals of several competitions and what we put every day For our squad, what counts is now, what we are looking for. So much so that we ranked fourth in the Brazilian and at the time created a crisis at Corinthians and we didn’t let that shake us. We keep working, believing and look where we’ve come. We are having our final at our house, which perhaps many did not expect, but we keep our work and our feet on the ground, I think that makes Corinthians what it is today, both nationally and internationally. For everything that is done on and off the field and for how much we work. Maybe off the field this image is created as a favorite for everything that has been achieved in women’s football, but when we enter the field, we think about the 90 minutes and we’re just thinking about now”, she said.

With a passage through the Brazilian national team and international football, Tamires is one of the technical references of the team coached by Arthur Elias. The left-back, however, dispenses with the label of “leader of the squad”, to which he reassigned to other players in the group.

“Corinthians don’t have just one leader. I think you see throughout the competition that Grazi, Zanotti and other athletes (who play this role) have. For me it’s a great privilege to be part of these leaders so I think we managed to exercise this day-to-day leadership with girls, passing on our experience, talking individually, passing on our energy and joy. I think this light way of being is what makes us look today and Arthur says that he trusts the athlete to the point of giving the captain’s armband. We share this responsibility very well, so it’s also very nice to be captain of Corinthians together with the girls. My interaction with the fans is something that also makes me very happy, I like the support, affection and trust they give our team so I like to reciprocate with the affection I have for them. I think this makes football grow and inspires our athletes and shows that no matter how much we are in a big club, we always maintain our essence and our values. I think this is a way that I can convey the person I am, with that lightness and joy for all the fans”, pondered.

Coach Arthur Elias was also present at this Friday’s press conference. Multi-champion for the Parque São Jorge club, the captain planned his 15th final for Corinthians and gave indications of the strategy adopted by his team.

“On the field, the game will need to be played very well by the athletes in the tactical sense of what we expect in the game plan we made, to try to play better than in the first game, especially in the first half. We made the necessary adjustments, even with the Paulista and Brazilian Championships together, so we managed to evolve during the week so that tomorrow we can try to come here, at our house, and give joy to the fans”, said the coach.

Despite the match being decided on Corinthian soil, at Neo Química Arena, with a projection of 40 thousand fans in the stands, Arthur Elias does not believe that there is a favorite for the decision. The commander left his respect for Internacional and preferred to value the trust adopted by the Parque São Jorge team.

“In football, there are things that are much more talked about outside of work and the coaching staff of athletes than actually in our daily lives. We don’t use that word (favorite) on either side, we don’t think we’re better or smaller than anyone. We respect all our opponents, not just in the final. We respect any team we play, regardless of their trajectory and their shirt. We always try to do the best in every game and every day. In our day-to-day, it is a culture that we have and have established to always try to grow and evolve at work. Athletes are very focused on that. That word doesn’t exist for us and the results are a reflection of our environment, of what we are doing and evolving every day. What makes us confident is that we know our ability to win and we are going with everything to try to get another Brazilian Championship, always respecting and knowing how difficult it will be”, he concluded. 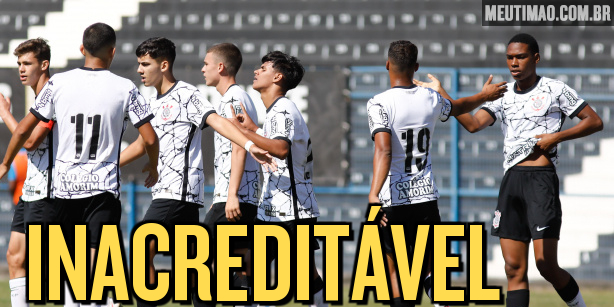