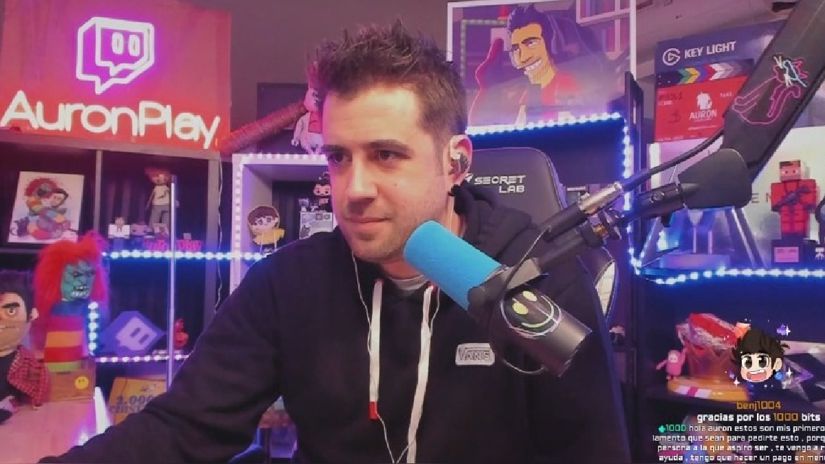 AuronPlay reveals possible date for its next Minecraft Extreme series

AuronPlay surprise again. This time, the streamer Spanish announced the arrival of Minecraft Extremea new series that promises to destroy all previous views so far.

Also read: Find out who are the most viewed content creators on Twitch in 2022

AuronPlay began the year by announcing the possible date of his event in Minecraft. According to the streamer, it will take place on January 15. However, the date may vary in case some details of this miniseries have to be improved.

Another important point that explained AuronPlay are the participants. According to him, he indicated that none of them knows that they are going to participate, since he has not yet sent the invitations and that he will only do so a couple of days before the event.

Also read: Who are the Twitch streamers that grew the most in 2022?

The AuronPlay series will be one of the most difficult

2022 left us great series (Karmaland, Dedsafío or TortillaLand). However, those who know about Minecraft know that the game has an extreme level, and that is precisely what AuronPlay you want to show your event.

In fact, the Spaniard commented, in a previous direct in twitchwho had practically ready the Squid Game in Minecraft, in addition to having more participants than the first edition, which brought together streamers such as Ibai Llanos, Axoxer, Biyin, elXocas, as well as streamers that have grown over the years such as Nimu, Zilverk, Noni, among others .

Previous These are the Pokémon that hatch from Eggs in January 2023
Next dates, free skin and everything you need to know about “The Battle for Olympus”