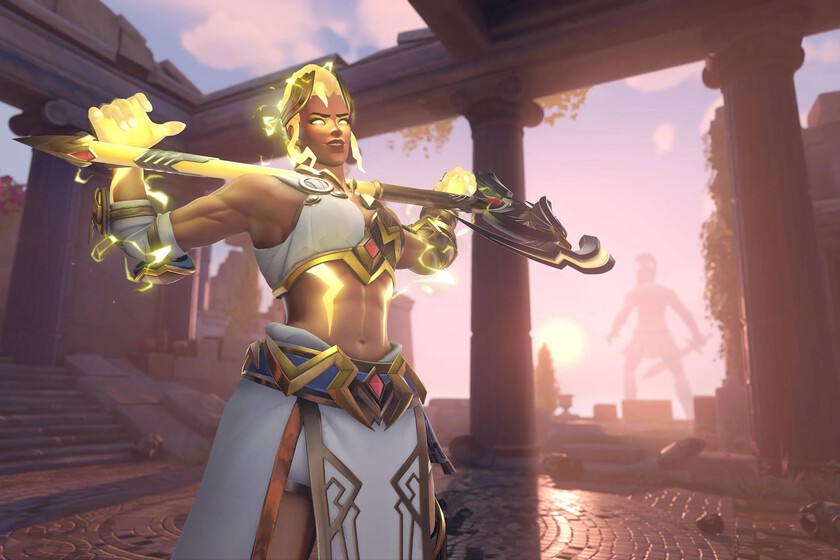 dates, free skin and everything you need to know about “The Battle for Olympus”

Overwatch 2 will say goodbye to the Winter Wonderland 2022 event tomorrow. Although it will not be the only one this month, speaking of big celebrations, it has been the return of one of the twilight periods of the IP for this sequel. However, before the Lunar New Year begins on January 17, tomorrow, January 5th, we will be able to enjoy “The Battle for Olympus”, a unique event with a limited time game mode that is as crazy as it is fun. But, what is it and what does it offer us? Let’s see it.

Dates of the new Overwatch 2 event

With Winter Wonderland saying goodbye today, “The Battle for Olympus will begin tomorrow January 5 at 8:00 p.m. (Spanish peninsular time). In the meantime, this limited-time event will close the Thursday January 19 at the same time.

The update can be pre-loaded to have it ready for the start of the event tomorrow. This one has a 2.8GB weight which modifies the version of the game to number 2.2.1.0.108097.

What content is there and what can we play?

Being a small event to connect Winter Wonderland with the Lunar New Year, the Blizzard team did not want to overload the community and “The Battle for Olympus” will give us access to a game mode available for a limited time. This one will let us play in the classic all against all with a particularity: we will fight like the greek gods.

All the characters that we can control will be those seven that have Greek mythological skins, and unlike the rest of the game modes, here they will unleash the power of Olympus with special abilities like being able to throw stones with Roadhog’s Ultimate. There is no room for other types of heroes, it will be a battle for supremacy in the mode-enabled maps free for all, including the new version of the Ruins of Ilios. These are the Deathmatch maps right now: What we do know is that we will have challenges to complete to get certain cosmetic gifts. It doesn’t seem like we have an option to get skins, but we can get hold of certain thematic charms, graffiti or gestures.

Going on to the lucubrations and rumorsit is speculated that we can get the skin Winged Victory of Mercy free which Blizzard already predicted last December. This would accompany Brigitte’s Ice Queen skin (still available until Winter Wonderland ends tomorrow) and Echo’s Kakashi, which will arrive with the Lunar New Year event in the middle of the month.

Since yesterday, Tuesday January 3, the store has been updated as usual, including the rest of the thematic skins of this event to acquire and keep forever. There is no word on how the store will work while “The Battle for Olympus” is available, but hopefully it will run its course. no big changes Like in Winter Wonderland.