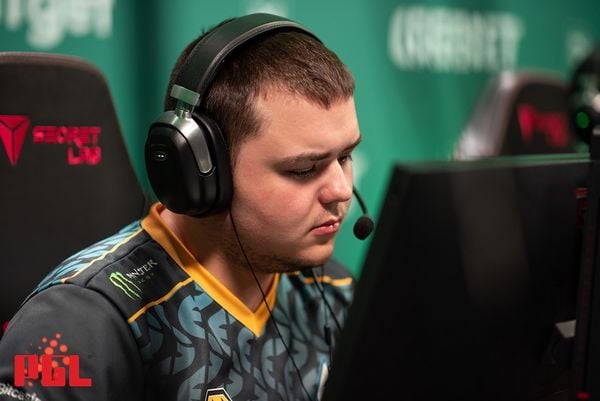 FalleN confirms changes in Imperial and CeRq could leave EG

If before we talked about the international scene of CS:GO I was very calm before more rumors arrive. A few days after the start of the BLAST Premier Spring Groups one of your teams could come up with a new change in the roster. As published Dust2.us, Tsvetelin «⁠CeRq⁠« Dimitrov could leave EG soon. In addition, FalleN has confirmed that Imperial will have the odd change in the squad. From Brazil they point out that fer and fnx will leave the Brazilian organization.

Yesterday BLAST Premier confirm the twelve teams that would participate in the Spring Groupsfirst big event of the year of CS:GO which will be held from January 19 to 29. We already highlighted that despite the short time remaining, few squads had made changes compared to 2022, but this is encouraged. One of the participants, specifically Evil Geniuses, could announce the departure of CeRq. The North American organization continues without finding the key and would be willing to let out a player who arrived in 2019 and was key in its beginnings.

According to sources, Evil Geniuses have registered two Blueprint prospects plus Nouns’ @jeorgecs for the BLAST Premier Spring Groups.@Cerq is not part of the lineup, with @dust2us reporting that he is out of the team. https://t.co/RgnXsVIXpN

The 23-year-old player would already have up to three substitutes. Thanks to the project BLUE PRINT, EG won’t have any trouble finding a new player. The evil geniuses have included Wesley in their squad «⁠viz⁠« Harris, Jerry «⁠wiz⁠« Jiang and George «⁠jeorgesnorts⁠« endicott. The first belongs to E. G. White while the other two E. G. Black. Despite having so many candidates, this list is headed by wizsince it would occupy the role of AW Per of CeRq. However, any change of positions could be made to include one of the other two, but we will have to wait a few days to verify it.

Imperial will also change its squad

We went down to the south to discuss another of the possible changes on the international scene. Gabriel “failN” Toledo has confirmed in twitch that Imperial will not continue with the same team this season. A few days ago several Brazilian media claimed that Fernando “fer“Alvarenga and Lincoln”fnxLau could leave the team. To replace the first, it is said that Jhonatan “JOT” Willian, current MIBR player, could be the great chosen one. For his part, fnx wants to resume his career as a player and leave his position as a coach behind, so he will have to find a new team.

Previous Battle for Olympus is Overwatch 2’s new game mode
Next the most watched, with more viewers and by hours broadcasted