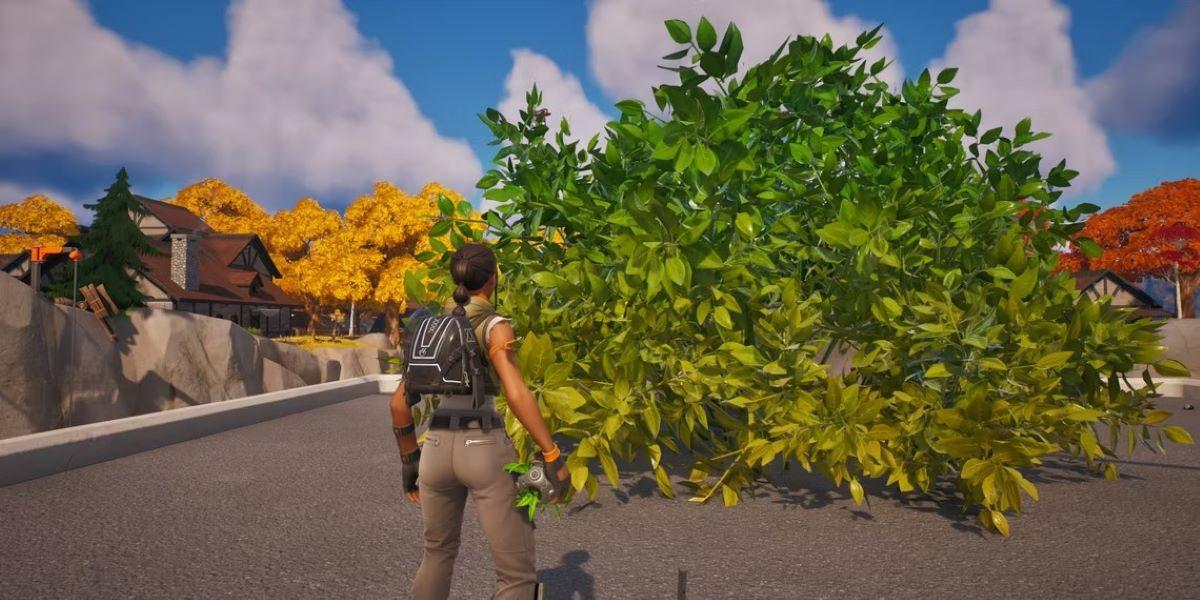 Fortnite: How to find the Large Bush Bomb item and how it works

Fortnite is one of the most popular online multiplayer games. Since it was launched in 2017, Epic Games’ Battle Royale has not stopped receiving new content, updates and the usual seasonal changes.

In fact, Fortnite It is already experiencing the first season of its fourth chapter, adding new collaborations such as Dead Space (with Isaac Clarke’s skin), and updating its weekly missions/challenges.

Epic Games has released a new item for Fortnite, which is more important than it seems. Not only at the gameplay level (which too), but in the face of this week’s missions and challenges.

It’s about the big bush pumpan object that will be very useful in Fortnite Chapter 4 season 1 games. We show you how to get it and thus complete one of this week’s missions.

Large bush bomb: how to get it and complete the mission

Since January 24, a new object is now available in Fortnite. The Large Bush Bomb is a ”grenade” deploying a bush in the place we want.

That is to say, that its operation is the same as that of grenades. By throwing this bomb, a bush will be generated in the place we want. And logically it is large.

Recasting a Large Bush Bomb will cause the previous bush to disappear. This is tremendously useful, since allows us to erase any trace of our presence in Fortnite games.

Now, getting the Large Bush Bomb is not an easy task. It is essential to obtain it if we want to complete the weekly mission Hide in various bushes that you have thrown.

First of all: where is this object? In the wake of the latest update for Fortnite Chapter 4 Season 1, you can find these items in chests, supply drops and also as loot.

In other words, these Large Bush Bombs are actually scattered throughout the Fortnite map. There is no exact place to find them, but Yes, we can track those locations where they may be more frequent.

We have inserted an image of the Fortnite map with three locations (marked in red)to make it easier for you to get these bush bombs.

Each contains two units. Once you have a Large Bush Bomb in your possession, we can proceed to complete the mission Hide in various bushes that you have thrown.

For this we simply have to drop the first bomb, and hide inside the bush. Then go outside and drop the second bomb. You will see that the previous bush disappears, and another one is generated. Hide inside the second bushand you will have completed the mission.

Fortnite Chapter 4 is a F2P (free to play) game that you can download for PS5, PS4, Xbox Series X|S, Xbox One, Nintendo Switch, PC and mobile devices.

do you usually play Fortnite? In that case, we recommend you take a look at these guides and articles on Hobby Consoles: How to unlock the mid-season styles, Solutions to the challenges of week 7, or The million-dollar fine that Epic Games will pay for this reason.

Previous The final of the VCL Rising will be held at the Municipal Theater of Torrevieja
Next Why is Jhin support coming to competitive LoL?